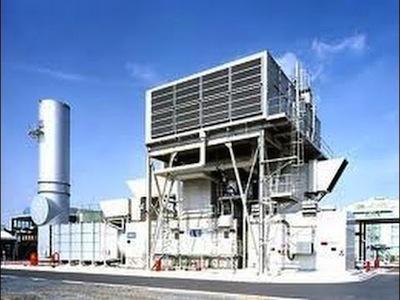 Recently the federal government resolved the long-drawn dispute between Geometric/Aba Power Limited and Interstate Electrics. The dispute was as a result of what was termed “an administrative error” whereby the Aba business unit of the Enugu Distribution Company (Enugu DISCO) which was already under concession to Geometric/Aba Power Limited was sold to Interstate Electrics as part of Enugu DISCO.

It will be recalled that on May 11, 2004, the federal government, the now defunct National Electric Power Authority (NEPA) and Geometric Power Limited (GPL) entered into and executed a Memorandum of Understanding (MOU) under which GPL was granted the exclusive right to construct a power plant and designated sub-stations in Aba, Abia Sstate, which would generate electric power for distribution by Aba Power Limited (APL) to residential and commercial customers and to industrial clusters in a ring-fenced island in Aba.

A supplementary agreement was made on August 31, 2006 between the federal government represented by the minister of power and steel, Transmission Company of Nigeria (TCN) and Enugu DISCO and Geometric Power Limited. EDC and TCN were substituted for NEPA as parties to the lease agreement of 2005 and assumed their respective obligations.

The deal to carve out Aba Ring Fence from Enugu DISCO is therefore seen as an affirmation of government’s respect for contract/concession agreements which will also reassure doubting investors and spur offshore financing sources for power sector projects.

The successful resolution of this dispute will provide between 12 and 18 hours of electricity to the people of Aba and environs. Business watchers say the expected long hours of uninterrupted power supply per day will create jobs, lower production cost and make local products more competitive in the local and international markets, shooting up the nation’s foreign exchange earnings.

Aba is renowned for the ingenuity and the industry of its people in handcraft, including shoe-making, fashion and design, steel works and fabrications, textiles, pharmaceuticals, plastics, and cosmetics, amongst others. However, epileptic power supply over the years has whittled down the number of the industries operating in the city from 165 in 2005 to less than 30 currently, with attendant massive job losses.

It is also expected that the development will spike the $200 million shoes and garment industry in the city. This will further reduce the production costs of over 80,000 manufacturers of shoes, bags, belts trunk boxes and other industries in the city and state, while enabling them to supply more of their products to the African market to earn foreign exchange. Some analysts add that Aba will now have more industrial clusters, as more real sector businesses will likely spring up. The situation will likely have a multiplier effect on real estate developers in Aba, who have now foreseen an upsurge in the demand for land and rise in rents.

Nigeria’s power sector will also benefit as power originally consumed by Aba will be displaced and pushed into the national grid.

We commend the federal government especially Babatunde Fashola, Minister of Power, Works and Housing and other unseen hands who worked tirelessly to ensure that the long drawn dispute was finally resolved. Both parties in the dispute are also commended for sheathing their swords and allowing sounding reasoning to prevail for the good of the people.

Controlling rising poverty in Africa is a necessity