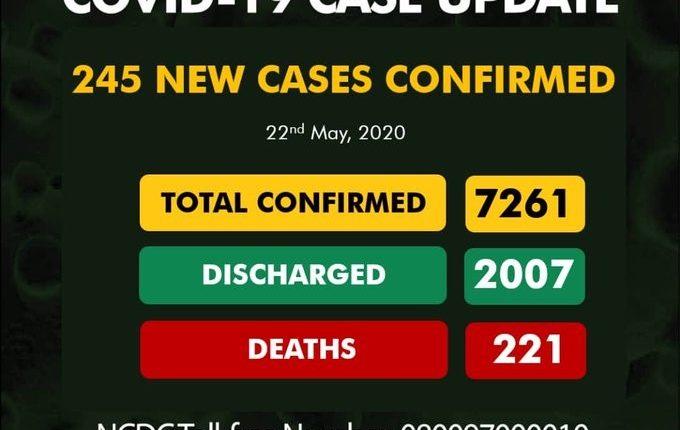 Almost a third of patients confirmed with covid-19 in Nigeria have recovered, according to figures released by the National Centre for Disease Control (NCDC).

The rate of recoveries is heart-warming; over 2,000 patients have been discharged as of 22nd May, a 27 percent recovery rate.

Though 221 have died, the number represents 3 percent of the patients infected with the novel coronavirus.

A further breakdown shows that 68 percent of the confirmed cases are male while 32 percent are female. The most affected are between 31-40 years and account for 24 percent of the total.

Lagos, the nation’s commercial capital, has the highest number of patients of 3,224, out of which 582 patients have been discharged.

Kano has the second highest number of patients, 883 cases, with 133 discharged. FCT and Katsina are the third and fourth with 447 and 308 patients, respectively, while 143 and 51 patients have been discharged respectively.