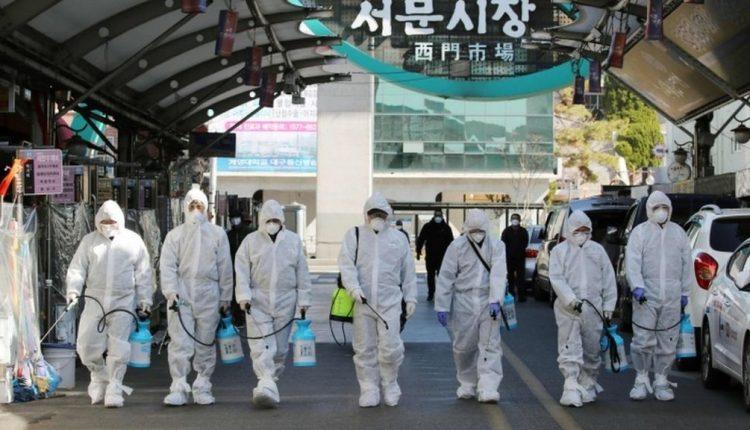 More than 200 schools have closed just days after they re-opened in South Korea after a spike in coronavirus cases.

Some 56 new cases of Covid-19 have been recorded in the past 24 hours, down from a two-month high yesterday of 79 – but the concern is that these infections are close to highly populated areas.

Most of the new cases are linked to a distribution centre in Bucheon, just west of Seoul. The warehouse is run by the country’s biggest e-commerce firm, Coupang, and officials have said the facility was not strictly complying with infection control measures.

Health officials even discovered traces of Covid-19 on workers’ shoes and clothes. They have managed to track, trace and test thousands of employees from the centre and there will be further checks on other distribution facilities across the country over the next two weeks.

The fear of infections has forced 251 schools in Bucheon to close after reopening, while hundreds of others have had their reopening delayed.

A student in Seoul, whose mother worked at the Coupang warehouse, was also found to have the virus. Health authorities have re-imposed some restrictions and called for a tighter social distancing campaign over the next two weeks.

Public parks and museums will be closed in Seoul and surrounding cities, businesses are being urged to encourage more flexible working, and people are once again being asked to avoid mass gatherings.

There has never been a lockdown in South Korea – instead the country relied on aggressive tracking and testing measures. Most of the social distancing measures are voluntary but the appeal to the public is an emotional one.

The message is – abide by these measures to let our children go to school and stop the disruption to their education. It’s a plea that has worked in the past. Health officials will hope it works once more.

The number of new infections was almost double what it had been in recent days, while the deaths remained at roughly at the same level.

Like much of Europe, the country is currently easing lockdown restrictions – while keeping a nervous eye out for a possible resurgence of the virus.

There is however one good news coming out of New Zealand where only one case of the virus is still active and the nation has reported no new cases for an entire week.

New Zealand has been hailed a world leader for its efforts to contain the virus – which included plunging into a full lockdown on 25 March when there were no deaths recorded and just over 100 cases.

The Kiwis have since recorded around 1,500 cases and 22 deaths. Last month, it announced it had effectively “won the battle” against community transmission.

As the country further eases restrictions – allowing 100 person gatherings from today – its focus is on potentially opening its borders in a “travel bubble” with Australia.