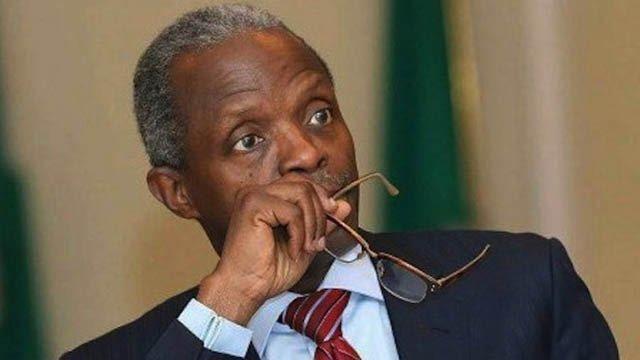 The good news was announced on Wednesday morning by one of his aides, Babafemi Ojodu on his twitter handle, @babaloveme3, who also disclosed that the Vice President has continued its his self-isolation

The Senior Special Assistant to the President on Media and Publicity ( Office of the Vice President), Laolu Akande, confirmed the result in a test message, adding that the Vice President had earlier taken the test conducted by the Nigeria Center for Disease Control, NCDC.

“Good morning sirs and ma: have been inundated with calls on whether indeed the VP had undergone a COVID19 test and the outcome. Yes he has and results negative. An official tweet would follow. Thanks”

There has been anxiety over the status of the Vice President since Bauchi State Governor, Bala Mohammed tested positive to the Corona virus

Osinbajo had presided over a meeting of the National Economic Council NEC on Thursday last week, which was also attended by the Bauchi State Governor.

The Vice President had earlier on Wednesday attended the meeting of the Federal Executive Council presided over by President Muhammadu Buhari also at the presidential Villa, which the President’s Chief of Staff, Abba Kyari, also attended.

Both Kyari and Mohammed have tested positive for coronavirus.