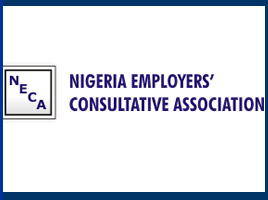 The Nigerian government must urgently initiate specific and direct business sustainability schemes to save organised businesses from the debilitating effect of the Covid-19 pandemic to avert looming mass layoffs of workers.

This is the position of the Nigeria Employers’ Consultative Association (NECA), which says such measures are already being taken in other countries to sustain jobs.

The International Labour Organisation (ILO) has projected that over 22.7 million jobs could be lost globally as a result of the Covid-19 pandemic.

In Nigeria, however, even before the outbreak of Covid-19 also known as Coronavirus, the unemployment situation had been worrisome, and NECA believes it doesn’t have to get worse.

Timothy Olawale, the Director-General of NECA, speaking in Lagos, said while the body commend the efforts of the Central Bank of Nigeria (CBN) for its intention to provide palliatives and stimulus to businesses, “we make bold to say that much more could be done to keep businesses afloat and reduce the risk of massive job losses.

Olawale noted that governments in other climes have taken specific measures to protect local industries and guarantee job security for their citizens.

“In Australia, government provided tax-free cashflow for employers. Up to $25,000 is available to help pay wages or for investment to protect against downturn in activity.

This is excluding wage subsidy and instant asset write-off for businesses with turnover of less than $500million. In China, SMEs were exempted from payment of pension contributions, unemployment and work injury insurances, while same had been halved for large companies from February to April, 2020 and also extension on the tax reporting period; import goods and materials were exempted from import tax, amongst other palliatives.”

Speaking further, the NECA DG, said the Cook Island provided an economic stabilisation fund consisting NZ56 million to support business continuity. It included provision of wage subsidy at the minimum rate for up to 3 months while in Denmark, the government is providing Pay Compensation Scheme to companies with the risk of laying off in order to retain jobs.

He said under the scheme, which will last for three months, the state will cover 75% of the salaries of employees paid on a monthly basis who would otherwise have been fired, with companies paying the remaining amount.

He further noted that for hourly workers covered by the agreement, the government will cover 90% of their wages, up to 26,000 Danish kroner (£3,162) per month.

He also pointed to France, where the government proposed that water, gas and electricity bills as well as rents will be suspended for companies in a difficult situation.

Similarly, fixed costs will also be reduced by the saving of rents, especially for businesses that have to close,  in France, while in Ireland, the government instituted a payment of €305 per week for two weeks for those self-isolating and for those diagnosed with the virus, the payment will be made for the duration of illness.

“This is separate from the payment of €203 per week for six weeks (covid-19 pandemic unemployment payment) available for affected workers (including self-employed) who have been impacted but not ill or self-isolating,” said the DG.

He also made reference to Italy, where the government, amongst others, initiated the suspension of payments of taxes and social security contributions, while the Japanese government pays 8,330 yen per day for each worker who misses work, while self-employed people, as well as freelance workers who meet certain conditions, will receive a uniform 4,100 yen per day.

To ensure that the organised private sector do not embark on mass layoffs to stay in business in the face of the pandemic, the NECA DG said the Nigerian government must take a cue, especially given the fact that unemployment was already a major concern within the economy.