China is trying to get people back to work, risking a renewed spread of the coronavirus.Central and local governments are loosening the criteria for factories to resume operations as they walk a tightrope between containing a 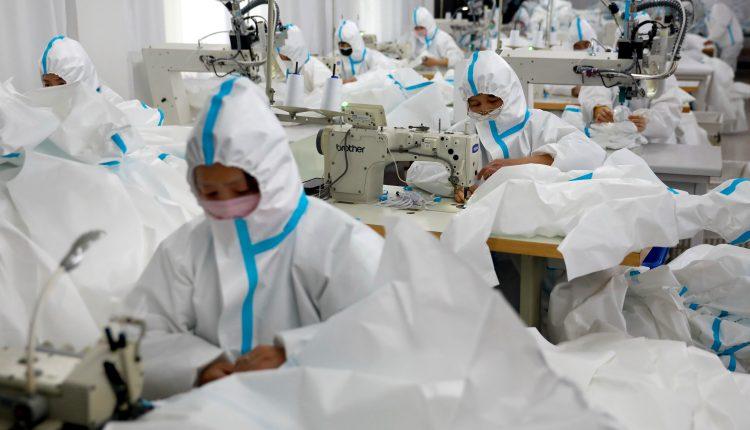 China is trying to get people back to work, risking a renewed spread of the coronavirus.

Central and local governments are loosening the criteria for factories to resume operations as they walk a tightrope between containing a virus that has killed almost 2,600 people and preventing a slump in the world’s second-largest economy.

The rush to restart has been propelled by China’s leader Xi Jinping and top leaders, who are urging companies to resume production so the country can continue to meet lofty goals for growth and economic development in 2020.

At stake are the fates of millions of Chinese businesses facing collapsebecause of the shutdowns, and the ability of companies across the globe from Apple Inc. to Nissan Motor Co. to access crucial components.

Officials in China’s provinces have taken up Xi’s call, with one region after another relaxing rules that had kept more than half the nation’s industrial base idle following the Lunar New Year holiday. After weeks of empty streets and shuttered shops, signs of life are emerging along the manufacturing belt in the country’s coastal regions.

On Monday, at least six provinces lowered their emergency response levels from the highest rating. Wuhan, the epicenter of the outbreak, eased travel restrictions for the first time since it was locked down on Jan. 23, allowing some people to leave for reasons including medical treatment and letting residents and their vehicles enter the city.

About 600 kilometers east of Wuhan, vendors and customers at the Yiwu wholesale market in Zhejiang province are having their body temperatures tested at the entrances after the vast complex that wholesales manufactured goods reopened last Tuesday, three days earlier than expected.

Power demand has also started to pick up in China, with six major generators reporting that coal consumption — while still below pre-holiday levels — rose 7% on Feb. 20 from the previous day.