...As Reps summon CUPP's Spokesman ... Vanguard, others apologize for publishing the statement 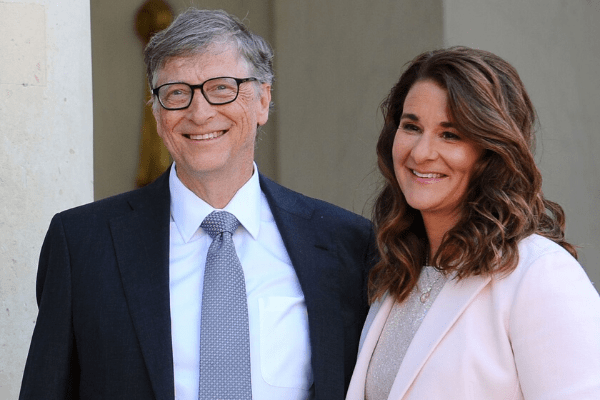 The Bill & Melinda Gates Foundation, Monday vehemently denied giving $10 million bribe to the House of Representatives to hastily pass the controversial Infectious Disease Control Bill as reported in the media.

An online media platform had reported that the American billionaire and Founder of Bill & Melinda Gates Foundation, Bill Gates gave $10 million bribe the House leadership hasten the process of passing the Bill.

But speaking before the House Adhoc Committee investigating the allegation,
Paulin Basinga, Director of the Foundation’s Nigeria Country Office described the allegations as entirely false and without merit.

Basinga stressed that the Foundation has not offered any financial incentives to any member of Nigeria’s legislative branch for the passage of legislation and has not offered any grants to organisations in Nigeria in connection with the same, adding that the Foundation adheres to strict ethical and legal guidelines across all areas of its operations.

“What drives the Foundation’s work is the simple and compelling belief that all lives have equal value, and that everyone deserves to lead a healthy productive life. The Foundation
works in very diverse settings around the globe in a nonpartisan fashion, consistent with strict U.S. private foundation restrictions on political and legislative engagement.

“In Nigeria, the Foundation’s focus is on improving the quality of life for the Nigerian people and the Foundation works closely with many partners in achieving that goal.

“The Foundation invests in programmes that address Nigeria’s health and development challenges which align with Nigeria’s development agenda and priorities.

“The Foundation is currently providing support to the Nigerian government’s response to the COVID-19 pandemic and broader health issues, working in partnership with international
health agencies, development organizations, and civil society.

“As the Nigerian government continues to make concerted efforts towards containing the impact of the pandemic and leveraging the National COVID-19 Multi-sectoral Pandemic Response Plan, the Foundation is pleased to continue its partnership with the several
government agencies in aligning its support to what would be most beneficial to the Nigerian people in these unprecedented times”, the Director said.

Meanwhile, the House gave Ikenga Ugochinyere, the Spokesperson of the Coalition of United Political Parties (CUPP) till Thursday, 21 May to appear before it or send a presentation to it on the bribery allegation he made against it or the panel would be left with no option than to conclude its work without his input and submit its report to the House.

Ugochinyere, had on May 4, 2020, issued a press statement in which he alleged that the House and its leadership had received a financial inducement to the tune of $10 million to rush the passage of the Bill.

The CUPP Spokesperson did not appear before the investigative Committee but was represented by his legal counsel, Tochukwu Uhazurike who said his client could not come to the hearing because he had filed a lawsuit challenging the legal ground of the Committee to summon him for investigation.

Uhazurike argued that “in line with the principles of natural justice, the speaker cannot be a judge in his own case”.

But Chairman of the Committee,  Henry Nwawuba, (PDP, Imo), told the lawyer that the Committee invited Ugochinyere and not his lawyer, as he personally made the allegation and not through any lawyer.

Members of the Committee said they cannot allow any lawyer or legal representative to speak to them on behalf of Ugochinyere, insisting that the man who alleged must come forward to prove his allegation.

“We have a mandate to investigate the allegation by your client, and any attempt in whatever manner to derail it will be met with the full weight of the parliament. You cannot bring a letter to the House on the day of an investigation in an attempt to stop it.

“What we do here is constitutional, and just like the procedures read out to you, he must be here present, accompanied by you, if he so wishes. But we won’t listen to you on this matter, so you tell your principal to make himself available by Thursday, failure of which we are will turn in our recommendation to the House.

“The Nigerian Media and the National Assembly remain partners in progress on the task of nation-building, adding that care must be taken at all times to vet and verify potentially libellous materials before going to press”, the Committee Chairman said.

During the investigative hearing, the media houses that published the statement such as the Vanguard Newspapers, Daily Post and Premium Times apologized to the House for publishing the story without verifying its authenticity.

We can look at other anti-malaria drugs for COVID-19 treatment, health physician says

We can look at other anti-malaria drugs for COVID-19…