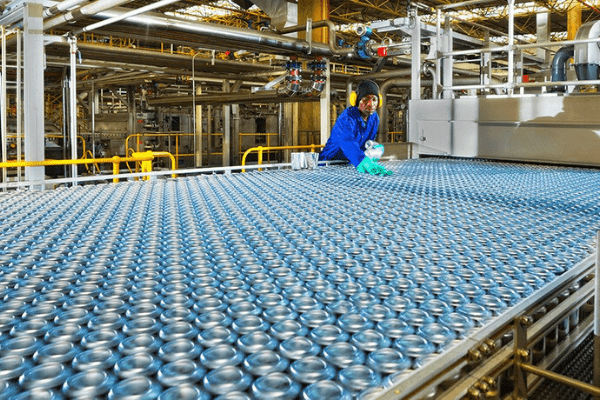 Nampak, Africa’s leading packaging company, revenue tanked 8percent to R14.6bn from R15.96bn in the previous year, its trading profit was down 21percent to R1.6bn. On the back of currency volatility in Nigeria and Angola, loss for the year stood at R390m down 132percent from last year’s profit of R1.2billion.

The company’s core Beverage can business continued to perform well in Nigeria, with double-digit market share gains and increased sales volumes, an indication that expansion on its production facility was imminent which would further increase Nampak’s ability to tap into the fast-growing Nigerian demand for cans.

Early in the year, Nampak announced that it has entered into a definitive agreement with AR Packaging Group AB, a Swedish cigarette pack maker, for the disposal of its wholly-owned subsidiary Nampak Cartons Nigeria although it still retained its aluminium and tin canning operations

The company says it expects that the sales of Nampak Glass and Nampak Nigeria Cartons to raise a total of R1.9bn, which would be applied to reducing debt, and in particular dollar-denominated debt.

According to the company, cash balances in Angola and Nigeria reduced significantly, with a total of R3.2bn transferred for the year; R1.7bn from Angola and R1.5bn from Nigeria. Hedging instruments have been highly effective during the devaluation of the kwanza, and have protected Nampak shareholders against potential losses of some R1.9bn since the inception of the hedging programme.

“Angola and Nigeria are now effectively unconstrained from a cash transfer perspective, and the businesses are delivering solid cash flows back to Nampak,” the company noted.

André de Ruyter, Nampak CEO noted that while the company has met its loan covenants, it intends further to deleverage its balance sheet using sales proceeds and enhanced cash generation from operations. It is pleasing that cash generated from operations before financing activities has increased to R1.1 billion from R0.3 billion in the

The share price, which opened at R6.62 on Wednesday morning, plummeted 17percent during the morning session to R5.46 following the release of the result.

The group said that a successor for De Ruyter is expected to be announced in mid-December, before the outgoing CEO leaves the company on January 14, 2020.

Nampak Cartons Nigeria was established in 2004 and has continued to serve a broad market of primarily multinational customers in the tobacco and food segments from its production facility in Ibadan, Oyo State.