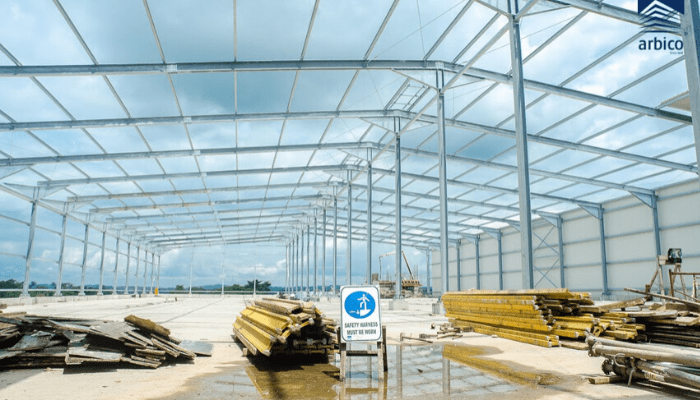 Arbico’s profit for the first three months of 2020 hit the most in the comparable period since 2015 at least, more than 5,000 percent increase thanks to impressive revenues figures recorded in the quarter.

The construction and engineering services firm on Friday, in its financial report published on the Nigerian Stock Exchange (NSE), said it made N899.63 million from January to March.

The record profit reversed a slowdown seen in the same period last year and follows a U-turn in the company’s bottomline as it reversed a 2018 full-year loss last year.

Arbico grew its profit by the most since 2016, about 70 percent to N2.196 billion. This is the highest in the periods considered.

Read also: The visible and unseen costs of lockdown

While the quarter was positive for Arbico, unlike the slowdown seen in Julius Berger’s first-quarter number, the construction industry is expected to feel the heat of the new coronavirus outbreak that has left households, firms and the government cash-strapped.

With a grim outlook for the economy this year, analysts expect a slowdown in investment and expansion from companies and delayed consumption by households (which would affect the construction sector too.)

Importantly, diaspora remittance which is an important source of residential real estate financing by households is expected to plunge this year.

On the positive side, the federal government is looking to finance infrastructure investment through bonds and loans it receives.

Arbico posted a gross profit of N1.128 billion in the year, around five times what it realized in 2019.

Claim on insurance, other income and finance income all grew in 2020 which led to a 10 fold increase in the income outside the company’s main business.

Arbico Plc is a full-service building and civil engineering construction company. It was established in 1958 and has been quoted on the Nigerian Stock Exchange since 1978. The company has become one of the foremost building companies in Nigeria with presence across the geopolitical zones of the country.