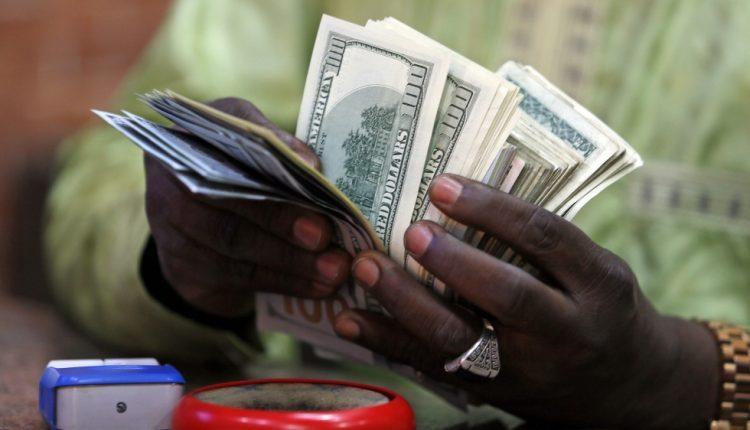 In 2016, a childhood friend of mine moved back to Lagos after twenty years in America. He’d left just after finishing secondary school, so he returned in his mid-30s. He had “done well” in America, to use a popular Nigerian phrase, so he came back with some capital to start a business and lots of ideas for how to improve things generally. The night before he left for Lagos, we spoke on the phone and he asked me rhetorically: “If we Nigerians don’t change that country, who will?” Fair point.

During his first year back, we had very positive phone conversations. Lagos had welcomed him warmly, everyone seemed to like his ideas, he was establishing his business. My friend had attended a prestigious secondary school, so many of his childhood friends are from “connected” families and currently in high places both in Nigeria’s private and public sector. His Facebook posts were full of pictures of him hanging out with friends in posh Lagos restaurants and at expensive-looking parties. He seemed happy.

Things started changing towards the end of 2017. His business took a turn for the worse. Revenues started drying up. He did what he could, but things were generally going south in his sector of the economy. His tone grew increasingly depressed when we spoke on the phone. Not because he wasn’t making money. My friend is an American citizen, owns a beautiful home in California and has a great credit score in the US (anyone who has lived there knows how vital that is). If things didn’t work out in Nigeria, he could always return to the States and start afresh. No, he wasn’t really depressed about his business woes. He was depressed by the reaction of his friends and family to his business woes.

Because he is an upfront guy, he was open about his worsening financial situation. People’s attitudes towards him changed drastically. Folk stopped picking his calls. Texts went unanswered. Even his jokes no longer seemed to amuse anyone. Things he’d say before that got people roaring with laughter now elicited deadpan reactions. His opinions no longer seemed to matter, even to his own family members. They suggested perhaps he needed to learn a thing or two from his younger brother who happened to be in a better-off industry. I literally felt his spirit crumbling under all this treatment.

Anthropologists suggest most societies are either predominantly dignity cultures or honour cultures. The starting point of a dignity culture is that every human being possesses an intrinsic value that is not dependent on the opinions of others in society. While the practise may vary, the fundamental belief is that all of us, for the mere fact of being human, have an inherent value that cannot be taken away by anybody else. Even if you are a “failure” or a criminal in prison, you deserve some basic respect.

But in honour cultures, your value is not derived automatically from your status as a human being. It is socially conferred, and thus dependent on the opinion of society. Society decides if you are a “somebody” or a “nobody.” And society can grant or withdraw its esteem for you at any given moment. It all depends on your present circumstances. In honour cultures, you must thus constantly strive to earn and maintain your esteem in society. This is why respect means everything in Nigeria. And because respect in today’s Nigeria is largely dependent on how much money you have; my friend could literally feel the disrespect towards him increasing by the day.

In response, his attitude towards things started to change. In his first year back, he’d been involved in meetings bringing together American investors with decision-making people in Nigerian government. He had always been disgusted by the fact the Nigerian officials invariably implicitly or explicitly demanded a bribe to facilitate things, even if the project would hugely benefit the public good. “They are not even interested in being offered equity in the projects. They just want cash up-front,” he would complain bitterly. He was also very critical of comments by his well-connected friends who he said were often “praying to God to give them their own opportunity to loot.”

While my friend’s business had started picking up by the second half of 2018, things were still far from desired. Most importantly, he still wasn’t feeling the respect his self-esteem required. So, he started entertaining thoughts of running in the 2019 elections. He had a family connection who could make that possible if he really pushed. “So, if you get there, will you chop too?” I asked him. “I will o! You’re nothing in this country if you don’t have money. But if you do, everybody will treat you well no matter how you got it. I’m tired of being disrespected,” he replied.

In the end, my friend didn’t run for office. He had a crisis of conscience and decided he didn’t want to be the kind of person he had always sworn not to be. So, he packed his bags and headed back to America. “People respect money in America too. But that does not mean you will be denied respect if you are seen as not having plenty of it,” he said.

Sometimes, it is really difficult to distinguish between how many of Nigeria’s problems are attributable to structure and how many to agency. The country has been independent for sixty years and the overall picture is a mess. Most educated Nigerians interested in governance have always emphasised the need to “build strong institutions” that can tackle issues like corruption and abuse of power. But “institutions” are not independent entities run by robots or aliens from Mars. Institutions are ultimately just buildings with people in them. Real flesh-and-blood people who have been given an official rule-book they may or may not follow.

It is what those flesh-and-blood people working in courthouses, ministries and police-stations do on a daily basis that shapes institutions. You can introduce the most sophisticated anti-corruption rules in the world, but if people are determined to render them ineffective because they are desperate to become rich, they will find creative ways to do so, as Nigeria’s current reality clearly shows.

Nigeria obviously needs an economic transformation for any realistic hopes of reducing the temptation for people to loot when in a position to do so. Expecting people to cease practices they consider necessary to their everyday survival is asking a bit much. But the other, arguably easier, thing that could be done today is to become more generous with our respect.

No commodity is hoarded in Nigeria quite as much as respect. Yet it costs nothing to give. Whether I treat with respect 2 people or a 100 has no impact on my bottom-line. So why hoard my respect?  Much of the looting done in Nigeria is not perpetrated by people possessed by evil demons. It is done by those who want to have a comfortable life, yes, but who are also determined they will not endure the kind of disrespect my friend endured. And that determination drives some to acts they would normally never have even considered if not for their fear of being treated like “nobodies” by Nigerian society.

This is all so unnecessary, for we will all ultimately end up dust in the earth. So why not make the life of your fellow man or woman that bit more pleasant in the brief time you have here? This cultural shift would be the cheapest reform Nigeria could ever undertake. All it would cost is a decision today to do our best to treat everyone around us, irrespective their station in life, with respect and dignity. As we ourselves would like to be treated. No more, no less. Surely that cannot be asking too much.