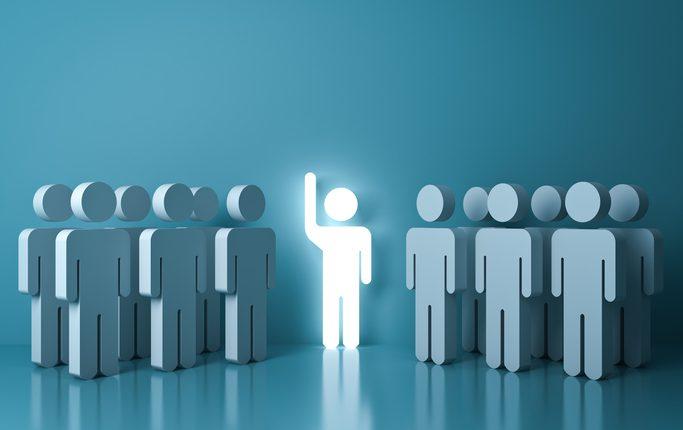 Leadership is a complex issue, with so many definitions and theories that have been developed over the years mainly by Western scholars and academic elites. Some of these western leadership thoughts include servant leadership theory, influence/relationship, distributed leadership theories, skills/competency approach, behavioural school, the situational model of leadership and charismatic, transformational models.

Why have these principles failed to work in Africa though?

First, we need to take a good look at the history of the western world’s interaction with Africa, because this sets the stage for everything that has transpired since then. Between 1881 and 1914, the great European powers made a big dash for the African continent. It started with the scramble and finally the partitioning of the continent by the different European powers at the Berlin Conference in 1884. All eyes were on the vast riches to be mined and exploited. This period was known as the scramble for Africa. They carved and sliced pieces of land like it was some precious and rare dessert that would disappear if they failed to get their share. They were more concerned about all they could acquire. Not much care and foresight were given to the welfare of the inhabitants of the land they conquered. So, they divided and pitted neighbour against neighbour. There was “lasting occupation of land, exploitation of human and material resources, and quelling resistance required the erosion of social bonding, indigenous beliefs, values, identities and indigenous knowledge.”

For colonialism in Africa to succeed, it needed powerful agents to propagate the agenda of the colonialist. Over the years, the colonial powers got a lot of different people to serve as agents from anthropologists, missionaries, doctors, journalists, and the civil servants. However, there was a specific class of people that have continued to have a more profound impact and long-term effect on the African political and leadership landscape. This group of people were educated in colonial schools or Europe, or they were in service under the colonial system.

It wouldn’t be until the 1960’s when most of Africa would finally get their independence from the various European powers. However, after the few years of euphoria at the newfound freedom, those who fought for independence and had risen to power discovered that maybe they hadn’t been prepared adequately for the responsibility of leading new nations. Confronted with massive issues and lack of infrastructure in many places, it wasn’t long before disillusionment arose. To keep the people under control, leaders either chose to solidify their power by turning to one party leadership and ruling for years or military regimes ousted them. This would last for decades until the wave for democracy swept the continent in the late ’90s and beyond. Yet, despite all these changes, it appears that western leadership development principles have simply failed to work on the continent. The failure of the leadership principles is due to the dismantling of long-held traditions that had groomed generations of leaders before the colonial era.

For Africa to succeed, Africans themselves need to get back to the drawing board and come up with principles that align with who we are as a people. There is the need to create new policies that incorporate truths from our ancestral past

The reality is that the leadership structure currently being used in the political and business arena across the African continent is built on structures that were put in place during the colonial era. Some of these structures are bureaucratic and place the leader far above the affairs of the common man. The result in the political realm is older men fighting to stay in power. Africa has always been diverse, so even in the past there were different styles of leadership. Leadership was at every stage of life. There were the elders, and there were the young warriors, each respecting the other and knowing each sector needed the other to survive. But what colonialism did was to dismantle age-old traditions for one that suited the imperial powers. Take, for example, the Igbos of Nigeria; they were more democratic in the sense that kingship was rotated among the clans, and not limited to one’s family or lineage. When the British came, however, they turned things around, intent on finding rulers that could be loyal to them, and do their bidding, often without the concern of the locals. These types of leaders, behaviour and sentiments have continued and even gotten worse as the years have passed.

I might infer that Africa is less developed because of the impact of colonialism. In most cases, when the Europeans left at the era of independence, they left a fragile nation and continent. Many African countries were vulnerable since all the pillars of society that had stood for centuries had been dismantled bit by bit and they had to learn to administer their nations with the imported colonial system of administration. Indeed, after independence and the honeymoon phase was over, many African countries suffered either from economic hardship or political instability.

Thus, leadership has become something only a few manage to acquire, and once you have a taste of it, there is a reluctance to let go. Hence leadership as it works currently meets the needs of the leaders and not the citizens, employees, etc.

When the western world intersected and then invaded Africa, they did not bother to take stock of what was already working when it came to leadership. Often, they were quick to impose strategies that work in their own cultures, without realising all communities are not the same.

In Africa, there is often a different mindset at play. As citizens and leaders, we forget that there were principles that worked for us in the past. Within our unique cultures were solutions to our problems. While it is true that Africa has become more complicated since colonialism, and that new solutions need to be created when thinking long-term, the best answer lies with those who feel the pinch of wearing the shoes. Our solution has to come from us. Africa is often treated like it is a country, not a continent that has always been diverse in terms of culture and beliefs. So just preaching and bringing in western principles without first adjusting to the unique situations across the continent, does nothing. It only creates more confusion as time passes.

One of the leadership principles that have been in existence in Africa before the invasion of western culture is the concept of Ubuntu. Ubuntu is seen as an African philosophy that emphasises collective action—that an individual’s success comes through others, and there is no place for me, myself and I. Together, we win and make a difference.

It is these types of principles Africans need to recapture and bring back into the spotlight.

Africa needs principles that guide African leaders to be more empathetic while also allowing citizens to be more collectively involved in the leadership process. Responsibility for the commonwealth of the nation lies jointly in both the leadership and citizens. Think of a country like Rwanda that is building itself up after the devastating genocide of 1994. They are working on changing the narrative, and its success lies with everyone getting involved, from the young entrepreneurs, the high number of women in the legislative to the President.

For Africa to succeed, Africans themselves need to get back to the drawing board and come up with principles that align with who we are as a people. There is the need to create new policies that incorporate truths from our ancestral past—such as the Ubuntu principle that existed before western influence—while applying them in creative and dynamic ways to the modern reality that is Africa today.

The principle of Ubuntu is what motivated the various women and men to stand against colonialism. It is what motivated political leaders like the late Mandela of South Africa and the late Seretse Khama of Botswana as well as business leaders like Strive Masiyiwa and Aliko Dangote. Leaders who look beyond their needs and realise their success is dependent on the success of the community. When society progresses, the individual also wins. As the global pandemic rages on and the possibility of a global recession looms, African leaders need to rediscover the power of unity and dialogue, thus opening the doors to examining African problems through our cultural lenses.

The great news is that there is a new group of leaders coming up in both the political and business space. People who think of the community’s welfare before their own needs, and this is a trend that is worth monitoring in the coming years. These are leaders reshaping the way Africa is perceived and are working to change the narrative from within, one community at a time. No doubt, Africa is a work in progress; after all, we must remember we are dealing with a lot of baggage that comes with being ruled by the colonialists. Even now, the western world still has vested stakes in our affairs, and sometimes what they want is not always at the best interest of the average African citizen. In the end we must remember that “Good leadership in Africa always shares life to others.”

Toye Sobande is a Lawyer and Leadership Consultant. He is a Doctoral Candidate at Regent University, Virginia Beach, USA, for a Ph.D. in Strategic Leadership. Email:contactme@toyesobande.com

The use of some English words in Nigeria