Why leaders must defeat a toxic workplace culture 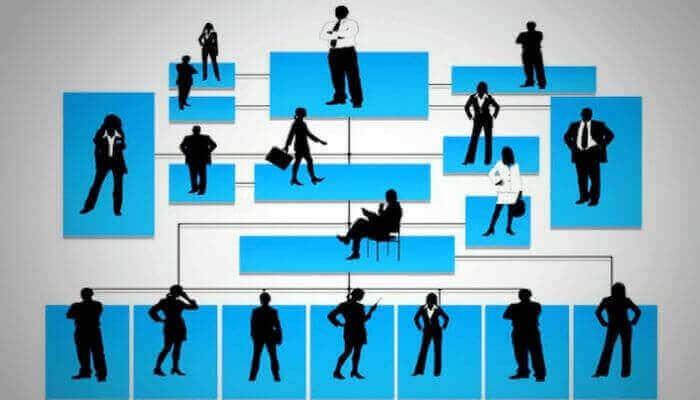 Workplace culture does not turn toxic because of a few bad deeds by a few bad eggs. It turns toxic because leadership did not see or outrightly ignored the signs that something was amiss. The responsibility, ultimately, is on leadership to detect and remedy the source of a team’s fragmentation. But what if leadership is the problem? This means they must get right with themselves before they can get right with the team.

Everything rises and falls on leadership; hence the leadership always sets the tone of the workplace culture and acceptable behaviour patterns. Sometimes, conflict avoidance, chronic stress, and office politics can lead distracted leaders to allow negative behaviours like bullying to poison the well unconsciously.

Also, research has established that leaders may perhaps negatively influence the psychological well-being of their workers. As a result, leadership experts have expressed interest in discovering the consequences of toxic leadership on workers and overall organizational success and in determining traits that toxic leaders exhibit to counter such traits or avoid hiring those who exhibit such traits into leadership positions.

In recent years, workplace diversity studies have gained momentum due to workplaces becoming more dynamic and inclusive. General society has also begun to learn from and undo the wrongs of the past by drawing attention to issues such as tribal and gender-based discrimination. As a result, human resources experts have emphasized the mindfulness of respect, diversity, and representativeness in the workplace.

No doubt, toxic leadership negatively influences worker well-being and productivity. This can lead to higher levels of worker anxiety and increased incidences of worker ill-health and result in a negative reputation and lower profits for businesses where toxic leadership occurs.

Research has established that workers who experience high anxiety levels when faced with toxic leadership often chose unproductive or ineffective means to deal with such leadership.

…the leadership of the organization can adopt David Rock’s SCARF model. It is a valuable framework to guide individual conversations and team observations to determine what is going on in the workplace

Meanwhile, positive, or nontoxic leadership can lessen toxicity in work environments, and leadership style and behaviour can play a significant role in worker satisfaction, well-being, and productivity.

To mitigate the negatives associated with toxic leadership and establish better leadership behaviours to improve worker well-being, both leaders and their team members must understand nontoxic leadership and ways positive leadership can improve toxic environments. Hence, positive leadership may benefit business leaders and employees by increasing worker productivity, health, and general worker well-being and improving business reputations. Therefore, the following tactics will help any leader at the centre of a toxic workplace right the ship.

First, resolution begins with leadership discovering how their actions or inaction fanned the toxic fumes. Taking time out to think strategically versus responding reactively under stress is key. Leaders need to recognize their fears, insecurities, and roadblocks before identifying the same among their teams. Self-awareness and personal accountability are hallmarks of effective leadership. They signal to the team that leadership respects them enough to own and then fix the problem.

Second, the leadership of the organization can adopt David Rock’s SCARF model. It is a valuable framework to guide individual conversations and team observations to determine what is going on in the workplace. The model captures five broad social domains that cause tension in the workplace and is a helpful lens to identify triggers that may cause team members to feel threatened, ultimately leading to team dysfunction. Below are the indicators of toxicity:

1. Status: Watch for people with tendencies to wield power and authority over others or who treat others disrespectfully and undermine others publicly.

2. Certainty: Look for those who use information as power. Hoarding critical information undermines team effectiveness and an individual’s credibility.

3. Autonomy: Identify individuals who are reluctant to delegate and micromanage projects, leading to no personal agency or choice among the team.

4. Relatedness: Look for cliques and ostracizing behaviours, leading to team members feeling like they do not belong or are replaceable.

5. Fairness: Notice if decisions are made by leaders opaquely or subjectively, without little input from team members and no transparency into the process or rationale.

Third, listening with compassion is an important first step to correcting a toxic workplace by reducing fear and restoring psychological safety. It is suggested that leadership look for verbal and nonverbal behaviours to identify bullying in the workplace by asking a few questions.

– Does one person tend to dominate the conversation and tone of the room?

– Do people talk over others or ignore their comments?

– Do some people display dominant body language while others sit hunched in their chairs?

– Are facial expressions tense and defensive?

All these signs can generally be whittled down to one key factor: Fear. And fear corrodes mental health and productivity. Below are a few simple tactics to engage in eradicating fear:

a. Increase relatedness and build trust by creating opportunities for team members to learn about one another.

b. Establish group norms on how to deal productively with conflict and disagreement.

c. Circulate agenda before meetings that focus on solutions and outcomes.

d. Establish and communicate clear short-term goals for individuals that are aligned with team and organizational goals.

f. Engage them in decision-making to ensure everyone’s opinions are heard.

Once psychological safety is restored, employee productivity and engagement are guaranteed to increase.