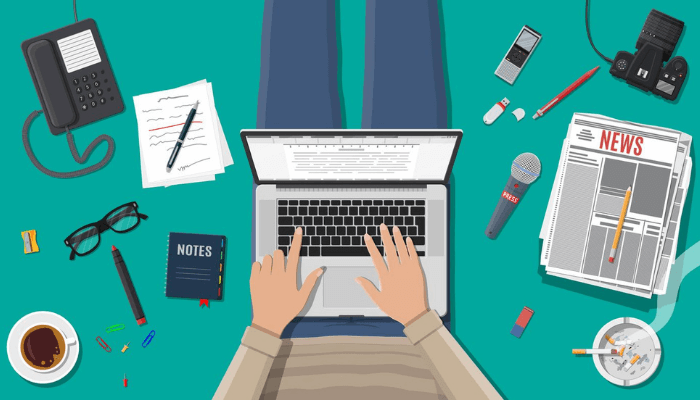 “West Africa Weekly’s tone and style are markedly different from mainstream news coverage in the country, and this appeals to its audiences.”

This was the verdict of British journalist Laura Oliver, writing for the Reuters Institute after interviewing me extensively on the subject of my Substack newsletter. West Africa Weekly, she concluded, was an audacious attempt to bring African journalism into a new era by boldly telling underreported stories using language and format hitherto unheard of in the mainstream African journalism space. To her, it is an exciting experiment that holds promise for the future.

For me? Well, it is a bit of that, but more importantly, it is what I consider to be an organic part of a growing 21st-century digital-native ecosystem that will slowly but inevitably disrupt and uproot decades – even centuries – worth of economic and cultural conventions on the world’s most inertia-riven continent. An investigative journalism newsletter written in the voice of an unusually articulate internet troll with hundreds of thousands of contacts across social media platforms might be one of the most visible manifestations of this ecosystem, but there are many, many more like me coming up.

The rise of the new is not a fad

There is a quote floating around the internet by Nobel Prize-winning Economist Paul Krugman, which essentially sums up the reaction of Journalism Inc. to the growth and evolution of the craft. It goes like this: “The growth of the Internet will slow drastically, as the flaw in ‘Metcalfe’s law’ becomes apparent: most people have nothing to say to each other! By 2005, it will become clear that the Internet’s impact on the economy has been no greater than the fax machine’s.”

That quote was made in the year 1998. Of course it turned out that Krugman was so wrong that there are few people that have ever been more publicly and humiliatingly wrong about anything. Whenever he offers an opinion using said internet nowadays, it is not uncommon to see memetic versions of this quote sprawling through replies like an ultra giant turd that defies all efforts to flush. In fact, if you didn’t realise that Paul Krugman is an extremely brilliant man and a Nobel Prize winner, you might look at that quote and imagine it was made by an utter moron – and here lies the trick.

There comes a time in every generation when the dreaded crossroads appears before us. Go left to embrace the changing, new, uncertain, but possibly exciting future. Go right to embrace the familiar, comforting, but stagnating past. There are always some people who choose to go left. Many more always choose to go right, because humans are nothing if not creatures of habit and comfort. For a species that accepts that change is constant and inescapable, there are few things humans expend more energy on than fighting the very change that their own existence guarantees.

In 2022, journalism should embrace change

In my personal evolution as a journalist, what I have come to understand above all else is that a story nobody ever hears, is as good as no story at all. Hamstringing your own ability to reach audiences in the name of abiding by standards that were set when a “telephone” was a brick-sized device with a rotary ring is self-defeating and irrational. What journalists are still taught to date in classical journalistic training is that the way to differentiate our craft from that of the PR and Marketing practitioner, or from the click bait celebrity blogger, is to pay little attention to audience engagement and instead focus exclusively on ensuring that our stories meet certain arbitrary stylistic criteria. This is certainly an honourable position – that some people must do something subjectively designated as “good” regardless of whether or not it is seen or recognised as such.

It is also a completely outdated and pointless position to hold in the world of today. In the world those journalism standards and conventions were created for, audiences were captive, and had little choice. Back then, when Nigerian newspapers were reporting daily circulation in excess of half a million physical copies, it did not matter whether your audience wanted to read your story or not. They simply had to, and there was nothing they could do about it. This is a different world entirely. In this world, a journalist with a story is not competing merely against other journalists with the same story at similar outlets, but also against Twitter, Facebook, Instagram, TikTok and YouTube.

You can write your mid-century news copy written for an ageing population of boomers and older Gen X-ers, but when as in the case of Nigeria, the country’s median age is 17.9, what exactly is the purpose of writing what they will not read? Is journalism about you and your ego, or is it about your audience and finding ways to meet them at eye level? When I penned the investigation into Ini Umoren’s murder, do you know who I was competing for an audience with? It wasn’t PUNCH or Premium Times, I’ll tell you that. It was a YouTube channel called True Crime Daniel – a young Nigerian man who sits in front of a camera and examines true crime stories from around the continent in real time to his 74,000+ subscribers, and earns a packet in YouTube revenue off it.

The Young Turks are coming. Compared to them, I am only a small emissary from the future. The next generation of people who will eat the lunch of the current journalism space for fun is still typically in school – but give it a decade at the most. These are the tigers; the innovators who think fast, move swiftly, break things and offer no apologies. What I am doing with West Africa Weekly is a tiny, tiny peek into the future of the space. We can decide to go left and embrace this exciting, uncharted future by upskilling ourselves and allowing conventions set in 1873 to change. Or we can dig our heels in and wait for death to move us out of the way, like it eventually does to everyone.

Someday, I feel like I know which option most of us will choose.