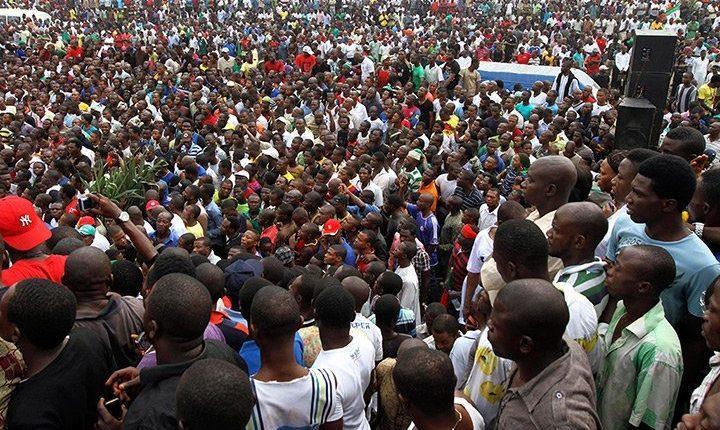 The video of the attacks on an innocent Nigerian woman along Lekki road during the protest for the Xenophobia attacks in South Africa is an indication that there is a need for a revolution in Nigeria. The video where a woman in a Toyota Prado was attacked in her own country in a protest meant to show discord for intolerance of Nigerians in South Africa was a wake-up call. There is xenophobia in Nigeria. The xenophobia is the massive gap between the wealthy elite and the poor majority. It could lead to an undesired revolution if we do not act now.

Revolution is a Latin word for a turnaround, a fundamental and sudden change of event in the economic and political environment of a nation triggered by people using a violent or non-violent means. The possibility of violent protests in Nigeria is high. The odd against the type of demonstrations during the Arab springs that led to change of governments in Tunisia and Egypt is high for Nigeria. Nigeria, as a country is an entity with different attributes. There is no unity of purpose or idea among the youth, unlike those in Egypt, Tunisia and recently in Lebanon.

If the Sowores want a peaceful revolution protest against the Buhari regime for the obvious reasons, the youth in the North will use religion and ethnic factors as the basis for carrying placards in a sponsored anti-revolution protest of the Sowores. The Niger Delta will abstain and would instead want to be in control of the oil. My Ibolites will rather consolidate on the struggle to actualise Biafra. The only united force will be people who are in power and benefits from the largess of government-the elected officers and their contractors. When it comes to position, money and self-political power or influence, you will see a united front of elites using religion and ethnicity as the divide and rule strategy.

So, the potential revolution in Nigeria is the undesired attacks on the rich by the poor, including the rich who are not part of those wasting our resources. We have a lot of rich people who are doing their businesses, including employing others. But what best can they do when the government is focusing on self and their cronies? The revolution will be devoid of religion or ethnic. The case will be like that of the bandits in the North who are the hungry lions tired of eating the crumbs from their masters’ tables and are now demanding for their share of the national cake.

The factors in favour of an unwanted revolution between the “have” and the “have-not”, between the “nothing to lose” including their lives and the “all to lose” including their business empires and mass wealth are the population of the unemployed, hungry, angry, idle youth and the faded interest in Nigeria as an equitable society. These youths have been named as the citizens of the number one of poverty capital of the world. An award of penury amid endowed natural and human capital resources. What a shame and a legacy of leaving the effects of bad management of resources and leadership for the generation to come. I make bold to blame all the woes of this country on the bad administration, including our failure to have the right value system.

The revolution that will avert the unwanted breakdown of law and order as we are witnessing in some parts of the North is the revolution of idea and action.

So, the potential revolution in Nigeria is the undesired attacks on the rich by the poor, including the rich who are not part of those wasting our resources

Take the population demography of Nigeria, with an average median age of 18.4 years out of the over 203 million people as a yardstick. The percentage of people below 50 years is over 70 percent with one birth in every four seconds. The trend will leave Nigeria with a population of active youth with energy to be either used in creative activities or be deployed to violent activities if not catered for. The revolution our leaders should embrace is that of the ideals of good governance and equality.

Ideas on what can be done with the youthful population, how to alleviate poverty, ways to reducing oppression through unearned wealth by the children of the political class and how to create an equitable environment where anyone with excellent programme can win elections without being nominated by the cabal are urgently required for implementation to avert the war of the poor versus the rich who have nothing to lose if death knocks their doors.

Rather than playing the politics of APC versus PDP in the morning and mingling together as friends at the wedding of one of elites’ children, our leaders need to be mindful of the dangers of having idle youths in a country already divided by tribe and religion.

The revolution of an idea is not rocket science from the moon. It was what changed the third world countries like Brazil, South Korea, China and Japan to entities with economic and political power. The like of Rwanda, Uganda and Ethiopia are joining the race of countries revolutionising through ideas and desire of their ruling class to change. Unfortunately, some of these countries have experienced the devastation of civil wars beyond Nigeria’s experience. They are no match for us in terms of human and material resources.

The leaders in Nigeria are called to a reality. No matter the quality of education in the schools you sent your children abroad, they will always be at the mercy of the abandoned youth who are likely to be the armed robbers of the future. No matter your wealth as leaders, it cannot replace the joy of leaving a legacy the influence people and impact the society beyond your immediate family and cronies.  The future you refuse to focus on as leaders will haunt your children and make the wealth you are leaving behind nothing but shameful legacies that cannot endure the test of time.

This is a clarion call for our leaders to start the revolution of ideas and action to arrest the menace of having idle youth who must eat and live anyhow if not led the right way.