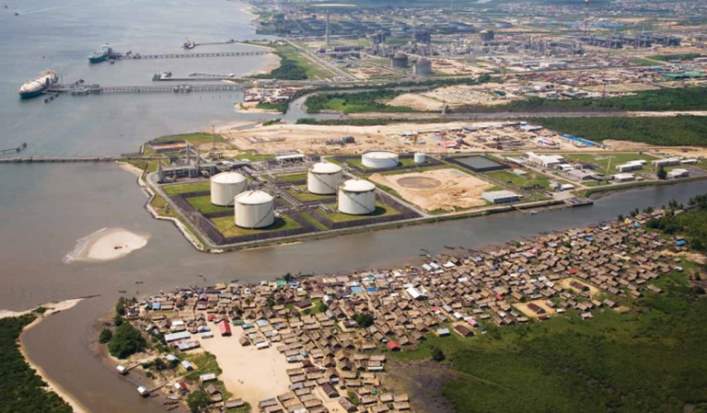 We have recently centred our national plans as a “follow-follow” initiatives modelled to align with the global slogans like the Sustainable Development Goals after the failure of our “housing for all by the year 2020”, Better life for rural dwellers, family support programme and a host of other first ladies’ programmes. Special vehicle schemes like the National Poverty Evaluation Programme (NAPEP), and the Subsidy Reinvestment and Empowerment (Sure-P) have all failed to lift Nigerians out of the den of poverty, disunity, and slavery though in a republican state.

The failure of poverty alleviation or equality entrenchment efforts is the failure of the governments but the success of a few citizens who are collectively richer than the Nigerian state. These efforts, which I call the carrot approach to slavery alleviation have left much to be desired and is the cause of the agitations for separate nations within a perceived united Nigeria. I doubt it if the slogan, ‘one Nigeria’ is still alive as it was in the mouth of a section of the country a few decades ago. I will write on this in another article titled “the politics of the carrot”.

All the efforts have failed because they are haphazard with no correlation to an agreed national dream and have created avenues for corruption and mediocrity to thrive. Corruption and mediocrity are not businesses but a national value and way of livelihood in our country. Unlike, the American Dream (Wikipedia), which is a national ethos of the United States, the set of ideals (democracy, rights, liberty, opportunity and equality) in which freedom includes the opportunity for prosperity and success, as well as upward social mobility for the family and children, achieved through hard work in a society with few barriers, Nigeria development efforts are envisaged programmes but implemented as vehicles to enrich few privileged Cabals and ultimately a fighter jets for destroying dreams that could have been realised even when not planned for. The resources at our disposal are more than the capacity we had shown over the years, thanks to the group of politicians and administrators at our various National Dream Destroying Corporations.

Immediately we left the garden of colonial Eden, and we were blessed with agricultural resources. There was enough cocoa in the South, pyramids of groundnut in the North, Warri and Sapele were with rubber and timber, and the Niger Delta people never suffered for the reasons of non-discovery of Oil. But instead for the discovery of Oil to be a blessing, it was indeed a disastrous curse. We neglected our dream to feed ourselves and started the focus on Oil and power.

The Northern elites, not the North struggling for political control, own 90 percent of the Oilwell as rumoured, and use the political stooges in the South to play the political ‘Ludo’ in the Carrot game that leads the country to nowhere. Today, both the North and the South are not better off. The North has used religion and power to destroy itself with Battalions of uneducated children, the army of banditry and people who can kill others for believing in other ways of worship. The Northern elites with the positions, oil wells, many wives and children are sitting on a keg of gun powders. The banditry is the product of their failures. The Boko Haram members are once our political thugs before they find solace in fighting for the gods and killing others, including their brothers. The Northern people are now asking for what the elites have used their votes and power for since independence. What are the advantages of power without development?

We are the enemy of ourselves everywhere in Nigeria. We have allowed the creation of the National Dream Destroying Corporations of Nigeria from the first generations of politicians to the ages yet unborn.

The South! Oh, blame not the North for your problems, they have not solved the one created by their craving for power. The Southern political elites are over-ambitious and co-conspirators to the destruction of our dreams. A dream to live in a society where everyone will have equal opportunity. The vision of a country that is indeed the giant of Africa given her multiple ethnicity and diversity of people, blessed with natural and mineral resources and not a delusion as it is now. The Southern elites eat the carrot, while the masses on the roads of the South blame the North for their woes instead of their leaders who have sold their birthright in the politics of the carrot. Would a northern own all your oil fields if you have leaders who can fight beyond their pockets?

Nigeria as it is a lesson to others especially Ghana, a nearby neighbour that openly proclaimed that she will follow her national dream and will never allow the discovery of Oil to be a curse to her as it was to her big sister-Nigeria.

Let us now summarize this unpalatable encomium, a truthfulness of our reality and a call for change in what we value and how we lead ourselves with the recent claims and counterclaims of corruption at the Niger Delta Development Commission. The NDDC was created by the Olusegun Obasanjo administration to seek the development of the region. Niger Delta is the goose that lays the golden eggs. The environment is pathetic if you have ever visited and seen what oil exploration has done the people and the ecological environment. Is the North or the Northern politicians that are now stealing the money meant for the development of the region?

We are the enemy of ourselves everywhere in Nigeria. We have allowed the creation of the National Dream Destroying Corporations of Nigeria from the first generations of politicians to the ages yet unborn. What is happening or is being revealed with the probe of the NDDC is a combination of corruption and mediocrity. In the National Dream Destroying Corporations’ palace, we have corruption, an example of which is the award of contract for a project at an inflated cost. A project worth N100m could be given to the political contractors at N500m. It is corruption if it is executed with the right material and to the standard as expected, though at an inflated cost of 400 percent of the original price. It is, however, a mediocrity if the same project is neither executed or executed poorly with substandard materials which will soon be damaged, claim the lives of the innocent citizens and cost hundreds of naira to rework within a few years.

The trouble caused by the leaders of all our National Dream Destroying Corporations is that they are destroying the people irrespective of the North or South divides. We are in the hands of people who are building their pockets at the destruction of the common man on the street. It is an excellent work by the National Assembly given the quantum of fraudulent activities being revealed by the probe, including those of the contractors’ legislators.

Let us now see the new Niger Delta Development Commission, which is a radical departure for the National Dream Destroying Corporations.

For the record: Tinubu is a documented drug-trafficker (3)

Behold, old notes are passing away

The North must not foist a Tinubu presidency on Nigeria