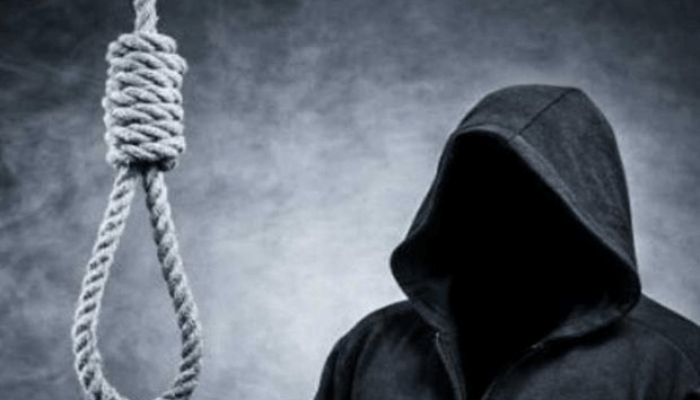 Last week, we detailed the who, why and how of suicides but the crucial question is ‘and then what’? I believe that there are apparently more suicides than are reported, and that suicides started long time ago, before the days of Okonkwo of Things Fall Apart, who consciously exited this world rather than be humiliated by the ubiquitous and acquisitive Whiteman. The only thing new is that the social media has led to explosive accessibility to information.

The first and actually, the only thing that pushes people into suicide is AHD (Acute Hope Deficit). Whenever anybody believes that the current situation will only get worse, that there are no silver linings in the cloud, then the suicide bell starts ringing. How soon he takes the option depends on personality and other circumstances. I agree with one Esther Timothy, an expert in these matters who opined emphatically that ‘People opt to end their lives when they think there is no other way out of their predicament.’ She supported her position with the case of a man who had been an ATM for three years and had lost his wife, mother and only brother while in jail and finally sentenced to life imprisonment! The man was a candidate for suicide and he went straight for it but the Good Lord saved him from it all. He attempted to kill himself because he had no hope. ATM? Awaiting Trial Man.

Furthermore, suicidal people are not known by their looks and or demeanours. Ayodeji, a PhD student, was full of life and lacked nothing, according to his father but he committed seppuku! This evidences the fact that we don’t know what our relations, neighbours and colleagues are going through. That is in tandem with the ageless Shakespearean assertion (Macbeth) that ‘there is no art to find the minds construction in the face’! There are also people who refuse to take responsibilities for their actions, always holding others responsible for their predicaments, and therefore believing that those ‘others’ have held them in vice-like grips from which they cannot escape.

Such a person who believes that he has been done in by others, especially the more powerful others, refrains from taking any personal action to extricate himself and as such, suicide becomes the option. In effect, suicide depends on what happens to people (societal/environmental), how they react to what happens to them (personality/psychological) and the ease, convenience and opportunity to commit suicide!

We should be our brothers keepers; we should give people hope (which is not just a matter of cash); we should check in on others who suddenly exhibit withdrawal tendencies, become gloomier, and easily irritable

As I said earlier, I am a behavioural scientist, and this is not my field but I can still make some suggestions on what we can do as relations, colleagues and neighbours, and proffer some advice to those of us still working with our heads on our shoulders. So, what do we do? We should be our brothers keepers; we should give people hope (which is not just a matter of cash); we should check in on others who suddenly exhibit withdrawal tendencies, become gloomier, and easily irritable. While not poke-nosing irritably into others businesses, we should check in on people. Loneliness is one of the greatest enablers of suicide. So, when you have people who are down and out, don’t let them out of sight. There was this lady who lost all her 4 children and was persuaded to go stay with the mother. The mother left for a few minutes to get groceries and that was that!

Some parents use harsh words on their children, alienate these children by excessive control and at times have unbelievable expectations from them. It is common for parents to tell their children: ‘don’t ever come home with that kind of result’ or ‘don’t disgrace the family by doing so and so.’ In that case, the child decides to exit this world rather than face the acerbic tongues or non-compassionate attitude of the parents.

I have told the story of a girl who committed suicide on her mother’s birthday so as to make the woman happy. So, parents should be more compassionate towards their children, communicate more openly with them, be compassionate when they have challenges, encourage rather than castigate them when they make mistakes and investigate their mood-swings.

The Church produces and markets faith and hope, and people commit suicide when they do not believe that God is there for them or have no hope that things will get better. Luckily, the BOOK, our maker’s manual for successful living, contains all that is needed for this assignment. We should de-emphasise prosperity, seed sowing and ‘mystery’ of money, and rather give message of faith, hope and God’s love. The messages are ready-made for the church.

There is nothing too hard or impossible for God (Jeremiah 32.17; Luke,1:37); no temptation has befallen us which has not been experienced by others before and God always provides escape routes (1 Cor. 10:13), especially when we become still and know that He is God, supreme over everything (Ps. 46.10) and remember that He will yet fill our mouths with laughter and our lips with shouts of Joy (Job 8:21).

Here are some words for those who feel like ‘doing it’ and indeed for all of us. The world is not a bed of roses: there MUST be challenges (simple or complex) and disappointments even from trusted ones. But you are not alone; your life does not belong to you alone because there are many significant others (stakeholders), and others have passed through worse predicaments than you are going through. If you feel that Job is an old school story, recall the stories of Mr Ogbodo who lost his wife and four children to a fire incident in Jos in 2021; Ezekiel Del lost his father, mother, wife and 4 children to bloodthirsty ethnic-cleansers at Gidin Akwati, in 2018; a student who went to do his clearance only to be told to start afresh because he came in through the back door or the Ilabor family that lost ALL their three children to the Soliso crash, and they were live witnesses to their gruesome death because they were at the airport to pick their children! These people are STILL alive!

Do you remember the stories of the serial failure of Abraham Lincoln and the recent case of Mandela? Do you know that most of the great men we wish to be in their shoes had very wicked impediments? Charles Dickens was lame; Plato was a hunchback, Roosevelt was crippled by polio, Hellen Keller was deaf and blind, Beethoven was deaf, and Moses did not see the promised land! I agree with Machiavelli that ‘where the willingness is great, the difficulties cannot be great.’ You are not alone because he have other people; you are not alone because you are not the only person with that challenge. Even when all appears to have been lost, if you look deep and wide enough, you will see a way out. Suicide is NOT an option.