The business of medicine 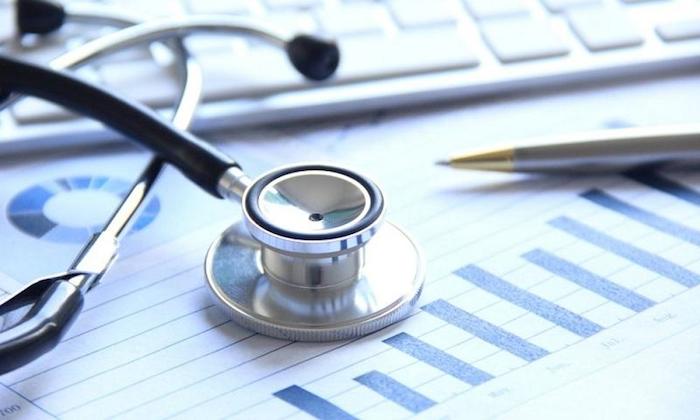 It is often assumed that Medicine is a humanitarian calling that is somehow cheapened or trivialized by any attempt to talk about money.

Growing up in Lagos, it was interesting to note as a little boy how people described the peculiarities of one notably successful medical practice. The hospital group operated from headquarters in Ikeja but had a large number of branches and industrial clinics all over the metropolis.

‘That place – they don’t see blood o!’ was a common word-of-mouth introduction shared by members of the public.

That rather strange description spoke, in an exaggerated way, about the fact that the hospital’s staff, acting on official instruction, often insisted on the payment of a hefty deposit before accepting a critically ill patient, such as the victim of a road traffic accident, into their facility for treatment.

Despite what sounded like a rather rude and negative public perception, the hospital’s waiting rooms seemed always to be filled with patients, and many people who were critically ill often found their way into their emergency rooms, confident they would get the best care available.

The conclusion, from putting together ‘Frontline Hospitals In Lagos’, which is published by BUSINESSDAY today, is that there is hope – if compulsory health insurance could be made to work

The owner of the group, an Ondo High Chief and medical entrepreneur, was once challenged, playfully, about the ‘they don’t see blood!’ epithet the public had stuck on his establishment.

‘The truth is the money you get at the point of entry when your patient is very sick may be the only payment you ever get. By the time he is feeling better, he and his relatives will be querying you even if you ask him to pay ten naira’.

He gave examples of other practices that had closed up shop because they could not get enough income to sustain them. Medicine, he said, was expensive. His practice was efficient, which was why people kept coming. But it was not a charity. If he had chosen to cut corners as some of his peers did, or allowed his practice to look shabby, then people would die from poor care, or be revolted by the poor environment. Whose purpose would then have been served?

It was compelling logic, as valid now, several decades after the demise of the Ondo High Chief, as it was, then.

Despite a certain amount of practical familiarity with the subject, the experience of a project carried out over the past few weeks, trying to look beyond the façade at the inner workings of the ‘business’ of Healthcare in Lagos, was a strangely exciting one for this writer. The definition of ‘business’ in that context, of course, did not only encompass the highs and lows of private medical practice, but was sufficiently elastic to accommodate even the publicly owned facilities. All healthcare, apart from such as is administered purely as philanthropy by such bodies as Red Cross and Médecins San Frontiers, is ‘business’ of a sort. Somebody, somewhere, pays for every service received. If it is not the citizen himself, paying out of pocket, it is someone or something else – whether it is health insurance, or some generous sponsor. Even ‘Free Health’ – of the sort attempted over the years in some parts of the South-West of Nigeria, with variable success, was not ‘free’. The government was paying.

Sitting in a brainstorming session with health leaders from different parts of the world once at Insead, the famous Business School in Fontainebleau, France, you found the topic of ‘The Business of Medicine’ generating excited discussion. The general conclusion was that whether you were running Health under Socialism or Capitalism, whether you were running a ‘Lean’ system or ‘6-sigma’, you had to pursue not just efficiency but sustainability for the citizens to benefit maximally.

Healthcare, both from the supply side – the providers, and the demand side – the users, has always been an emotional subject with the Nigerian public, and a subject for chicanery from the political class, including those in military uniform. Every coup-day broadcast in the sad history of Nigeria included an accusation of deplorable healthcare levelled against the previous regime. Governments ignorantly designate ‘centres of excellence’ based on expensive equipment they have procured. One President announced he would get the private sector to build ‘one world class hospital in each of the six geopolitical zones’ of the country. How exactly he was going to get them to part with their money if the venture was not economically sustainable, which it was clearly not, he did not say.

Looking into the bowels of the healthcare space in Lagos, the economic and ‘thinking’ hub of Nigeria, gave fresh insights into both the challenges and opportunities that abound at this peculiar moment in history. Health Insurance and how the government will find the will to make it truly ‘compulsory’. Strategic thinking by government to facilitate the ‘supply’ side to make Nigerian health not just ‘self-sufficient’ but a magnet for ‘Medical Tourism’. The paradox of pockets of world-class competencies and facilities being sub-optimally utilized because of the access cost barrier. A healthy sense of reverence for the outliers who have done things that are way ahead of the pack – the Ebun Bamgboyes who have cared for more kidney transplant patients than all other nephrologists in the nation combined. The Ayo Shonibares who have transplanted more kidneys than everyone else combined, the Bode Falases and Michael Sanusis who have opened the most hearts and restored them to health, but who could do much more, if ‘the Nigerian condition’ could be supplanted.

The conclusion, from putting together ‘Frontline Hospitals In Lagos’, which is published by BUSINESSDAY today, is that there is hope – if compulsory health insurance could be made to work, among other measures, empowering the ‘supply side’, unleashing the ‘demand side’, opening up the under-utilized high-octane area of advanced healthcare that can for a change begin to attend to the true size of the general and specialized health needs of the Nigerian people.