The Aregbesola experience: the trend of things to come 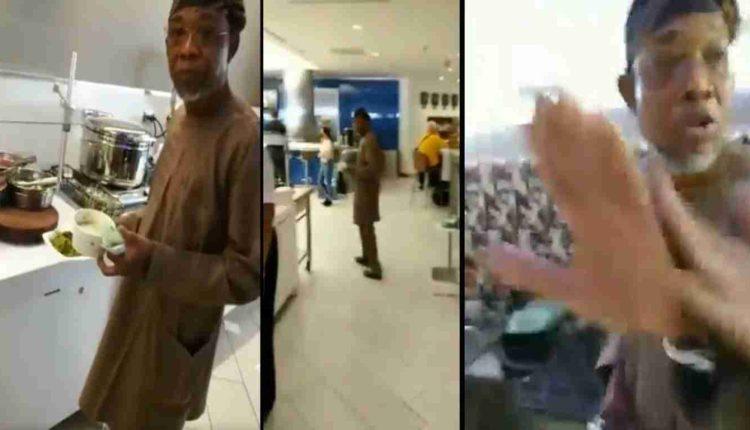 There is a video of Rauf Aregbesola, minister of interior, being harassed in a restaurant in the US. The release, if one can call it that, on social media platforms coincided with the Osun state gubernatorial election which took place July 16 and in which Aregbesola’s party APC was defeated. The three-minute video is captivating in the way that it can be difficult to turn your eyes away from horror.

When confronted for infringing Aregbesola’s privacy by filming him without his consent, the man who shot the video kept saying ‘Biden cannot tell me that’/’you are in America’ in a way that was maddening. If calculated, it shows a gift in needling; if coincidental, it speaks volumes about the quality of our engagement with each other as Nigerians.

It is hard to feel sympathy for Aregbesola considering our politics and state of governance.

It could be a laundry list. Family and friends’ whose lives have been suspended by ASUU’s current five months strike. Maybe he knows one of the over 40 people who started a 2-hour journey from Abuja to Kaduna on March 28, who are still not home. Maybe the person or people he knew on the hijacked train were killed, or maybe they are millions of naira poorer for having to scrap together everything they have to pay a ransom.

Maybe he has suffered from Emefiele’s disastrous foreign exchange policies that have not only decimated our naira with the attendant impact on business but made many briefcase billionaires? It could also be the rising cost of diesel, gone up by 300 per cent and the impact on small business. It could also be PTSD from being Nigerian, with the knowledge that no matter how far you go, you cannot escape Nigeria.

Why should this anger be targeted at Aregbesola?

Well, he is currently in his 24th year of being a government official in one position or the other: eight years – commissioner in Lagos State, eight years – governor of Osun State and by 2023, eight years as minister of interior. Within this same 24-year period, ASUU strikes in days, add up to 4 years of no school. Surely this is an enraging enough fact to hold everyone who has been or is in government, collectively accountable? There are real human costs to the decay of our education system.  Sola Sobowale recently revealed that she had to put off her acting career for years in order to move to the UK to support her children who were in school there. It was a decision that resulted in her giving up good roles and steady income for menial jobs abroad. All triggered by a rational desire to mitigate exposure to education in Nigeria. If she could not make her way back, what frustrations would ensue?

Second – if both parties were in Nigeria, the chances are slim that Aggrieved Man would be in close proximity to Aregbesola in order to engage him and not even as obnoxiously as he did. And if he did come this close, it is safe to assume that the armed security around the Minister would result in arrest or at the very least bodily harm or destruction of property. The way those in power engage those who are not is oppressive. It is condescending at best and aggressive, unfeeling at worst. It does not matter if Aregbesola conducts himself differently because he is still representative, a part of the whole.

Third, asides the fact that we have no public forums no real opportunities to dialogue– not the typical format of being talked at by government officials for 50 minutes of a one hour program, with 10 minutes for Q&A. We need participatory citizens discourse aimed at sharing fears and aspirations with those who represent us. Instead, poor quality education and the way public officers engage, have created a general culture of incivility across Nigeria – to be important is to be rude, haughty, dismissive and so we all try it out ourselves as we struggle to ‘out importance’ each other in a country where all manners of indignities assault you daily if you do not puff yourself up the ‘immunity to Nigerian breakfast’ ladder. Aregbesola was in effect experiencing himself as a government official.

At the start of the video Aggrieved Man greeted Aregbesola, who did not respond; if he had responded, maybe the situation might not have escalated. Over the years we have seen citizens stoning their traditional rulers and a president in his convoy. Governors have been heckled at rallies and a legislator was assaulted in Germany – yes, by a member of a group famed for violence and violent rhetoric but it could easily have been a broken-hearted parent who had to migrate to a foreign land for life saving health care, the type that uproots lives and drains income.

There is more than enough to make us angry and the mystery is not what drove Aggrieved Man but why aren’t more of us furious and how do we channel our outrage constructively? The politicians and their allies in the civil and public service as well as the private sector need to know in very personal ways how unhappy we are with the state of our country. In ways that make it impossible for them to ignore.

We do not have to endorse or go the route of Aggrieved Man but we need more to turn up the heat– like Asa did recently when invited to perform before the president recently. She sang one of her 2007 releases, ‘There is fire on the mountain’ and no one could have missed the message as words from the song about the state of Nigeria and those in charge could have been written today.  Asa’s sense of symbolism and appreciation for optics was absolutely powerful: she wore black – the globally recognized colour for mourning, observed zero protocols and did not mouth any fraudulent platitudes to the people in the room.

The state of our country is an everyday rudeness from those in government – we owe public officials, appointed and elected, nothing.  All is fair in love and war and both are factors for those heartbroken about the state of Nigeria and fighting for better. The 2023 elections provide us with the opportunity to send a clear message to our two main parties and their allies that we want a reset on our relationship with each other.

Ayisha Osori, author, Love Does Not Win Elections, will be writing for Business Day for the Nigeria Decides 2023 series every fortnight on Wednesdays.