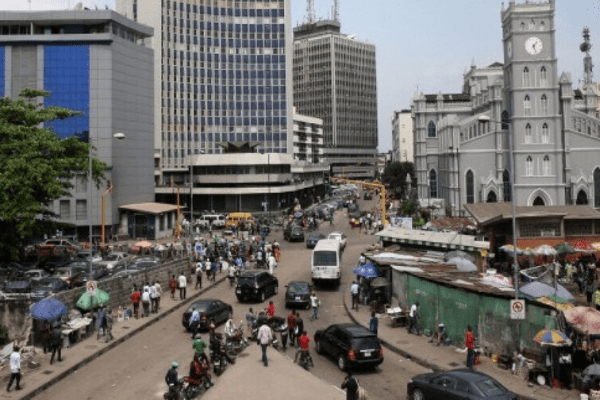 Last week I attended an economic advisory event that had some of Nigeria’s brightest young industrial and financial minds present. The discussion was about whether or not Nigeria’s border closure is a positive and impactful policy. Many of us agreed that it was not, but a significant number begged to disagree. Recounting his experience as a regional salesperson for an indigenous spaghetti brand, an audience member revealed that the landing cost of a pack of a popular imported spaghetti brand was as much as 15 per cent lower than the production cost of the indigenous brand.

According to him, whenever both products were in the market together, the indigenous brand failed to sell altogether, so his daily prayer was that sellers offering the imported brand would run out of stock or encounter a logistical hitch that would prevent them from restocking it. Only when that happened did our friend have any hope of hitting his sales targets. In his view, this competitive imbalance is evidence that “something” needs to be done to protect local manufacturing – up to and including import restrictions.

This brought to the fore the basic economic argument that Nigeria has never quite managed to resolve in its national consciousness – the stick or the carrot? Import restriction to force consumption to feed into local production, or enabling environment to ease local production and make it more competitive against imports? Protectionism and market controls or the free market and competition? This argument started in the independence era, and – despite the story of China and the USSR having settled it once and for all to all intents and purposes – it is apparently still raging over here 60 years later.

In this column and elsewhere, I have written and spoken extensively about why autarky and protectionism are failed ideas that simply do not work in the 21st century. Something I have often hard in response is “You people only criticize, but you never proffer solutions.” So today, I want to proffer those solutions – not because any of what I am about to say is in the slightest bit revelatory, but because it just might spark a thought or two in the minds of young readers who will someday take over the smouldering wreckage of Nigeria’s economy and rebuild it into something fit for purpose.

The South of Nigeria: An infrastructural problem

During a recent trip to Abuja, it struck me that the city is not particularly laid back or sleepy – a hike through Wuse Zone VI, complete with agbero yelling out destinations for passengers to get into their minicabs felt like standing at Ikeja Under Bridge at 1 PM on a weekday. The city is vibrant, busy and populated – dozy civil service town it is not. Yet, the pernicious traffic snarl of Lagos is almost entirely absent in Abuja.

Abuja is better planned than Lagos and it has wider roads, but that is only part of the story. The real story behind Abuja’s ability to keep growing without buckling under its own weight like its counterpart by the Atlantic is that its transport infrastructure constantly receives new investment. In addition to the city’s fantastic network of 10-lane expressways that help productivity and accelerate its economy, the first phase of the Abuja metro rail is almost complete. When it becomes operational, it will further reduce the (already minimal) cost of transportation in the city and catalyse the growth of affordable, high-quality new suburbs and satellite towns.

This will also further help Abuja integrate its economy with nearby Nasarawa, Niger and Kaduna states. These states have the land and manpower for industrial development and Abuja has the market and the investment capital. Where there is an excellent interstate road network linking the FCT and its surrounding three states, in addition to the Abuja-Kaduna rail and intra-city transport links that make it possible to commute regularly and reliably from Dakwa to Maitama (distance 33km) in about 35 minutes, production and delivery to market become significantly cheaper, and the finished product can compete much better against its imported counterpart.

The template being actualised in Abuja is what the rest of southern Nigeria needs for an industrial breakout. Even putting aside electricity, merely providing a similarly seamless and fast transportation network that integrates the south into two main clusters can potentially double Nigeria’s nominal GDP within 10 years. The southwestern cluster would integrate Lagos, Ogun and Oyo into one contiguous economic area (and geographically, their three main cities are merging into a conurbation as a result of urban sprawl anyway).

Baby steps are arguably being made in this direction with the completion of the Lagos – Abeokuta – Ibadan standard gauge rail line, but they are not enough. Lagos needs a single 10-lane motorway linking its six main areas – Ikorodu, Badagry, Ikeja, Lekki and Epe – in the manner of a classic urban ring road like Accra’s Ring Road Central or London’s M25 Orbital. Currently, Africa’s largest city has only four economic corridors – the E1 (Lagos – Ibadan expressway), the A1 (Ikorodu Road), the F100 (Lagos – Badagry expressway) and the Lekki-Epe expressway.

These roads are overcrowded and inadequate, with at least two of them in significant states of disrepair. A new ring road will take a lot of traffic off them and ease the Lagos traffic nightmare, making it easier to bring goods in from upcountry and carry out business in Lagos. The Lagos light rail Blue Line also needs to be completed as a matter of urgency, to further decongest roads and make it easier to goods and commuters to move around. When this plugs into the surrounding southwestern economic cluster, with Ogun and Oyo providing the industrial land and manpower, investment from Lagos will flow into those areas, and the products of that investment will go in the opposite direction.

This same principle holds true for the southeastern economic cluster. A circular highway linking Onitsha, Warri, Asaba, Aba, Enugu, Port Harcourt and Owerri would on its own add a significant number of basis points to Nigeria’s annual GDP growth figures. Even without a railway, such a 10-lane highway linked to Abuja via the agricultural region of Benue and Kogi, and to the southwestern economic cluster via Benin, will have a similar economic impact on Nigeria as the Hong Kong-Zhuhai-Macau bridge is projected to have in China. Making goods flow cheaply across the country while reducing harvest wastage in Benue and Kogi this way will have an exponentially greater impact on local competitiveness than simply banning imports in the typically cheap and lazy manner of Nigerian governments.

As I have previously mentioned in this column, financing such infrastructure is possible with some creative thinking and a willingness to engage foreign governments and funding entities on their own terms. It is better to give up something that we do not need and get sorely-needed infrastructure in return, than to retain our simulacrum of “sovereignty” and be where we currently are – slowly bleeding to death from a thousand cuts.

Bear in mind that the cost of moving goods to market in Nigeria is one of the highest in the world. According to Lori, a new entrant into Nigeria’s logistics space, merely transporting goods from point of production to point of retail in Nigeria adds as much as 60 percent of the final price of the goods. That is a large part of what makes Nigerian products uncompetitive compared to imports – not an alleged middle-class preference for imported seedless grapes as some mischievous folks would have us believe.

The North of Nigeria: Not as complicated as you think

The north on the other hand, offers an altogether different and more fundamental set of challenges. It offers an infrastructural challenge like down south, but it also offers a set of cultural and religious challenges that stand to hamper development when it comes. The largely rural and culturally conservative population, however, can be an economic tool rather than a burden.

The trick is to understand that people – no matter how poor – always represent an opportunity. Could it be possible for example, for the Nigerian government to meet with governments in places like Qatar, Jordan, Oman, Saudi Arabia and the UAE which are in constant need of low-skilled, low-paid construction and maintenance labour, and pitch its northern population as an answer to their needs? The working conditions are far from ideal no doubt – but they represent a significant upgrade on what the majority of the northern population currently faces anyway.

Through such a (short term) scheme, the government could set up a way for such bonded workers to send their earnings home to northern Nigeria and fund their own development in a manner similar to that of émigrés from southern Nigeria. The Indian government all but officially has such a scheme in place, which gives otherwise hopelessly poor southern Indians a chance of a better life through emigration and remittances.

While this is going on, the government would then focus extensively on providing facilities for primary education throughout northern Nigeria, so that the next generation can move up from low-skilled bonded labour in the Middle East to at least semi-skilled labour at home or elsewhere. It would also use similar infrastructure financing arrangements as it does in the south to build new urban areas in the north – because in the world of today a near-exclusively rural population is also a perpetually poor one.

By providing economic opportunities in the short term through state-backed short term migration and remittance programs while funding education and urban infrastructure to move the northern population from an unskilled rural one to a skilled urban one capable of competing with the south and internationally, Nigeria’s government can solve its northern problem. This will also eliminate the fundamental basis of Boko Haram and other related groups. All of this is possible with the right amount of political will.

It is in the absence of imagination, political will or sincerity that a failed Soviet-style policy like autarky is floated as a solution in a 21st century world. If Nigerian consumers have embraced Nigerian clothing, music and movies without banning foreign competitors, there is no evidence to substantiate the claim that border closure is in any way relevant to boosting local production.

At the end of the day, the box office record for a movie shown in Nigeria belongs to The Wedding Party, a completely Nigerian movie by Kemi Adetiba, which was shot in Lagos with a Nigerian cast, crew and investment team. For reference, Avengers Endgame – the biggest movie of all time – did not even come close. Nobody was forced to watch The Wedding Party, and Endgame was not banned from screening to ‘promote local content.’

The idea that trade is a zero-sum game is a disastrous 20th-century idea that died with Chairman Mao.

Can we now please do the actual work and stop chasing chimeras?