Saving Africa: There is no App for That 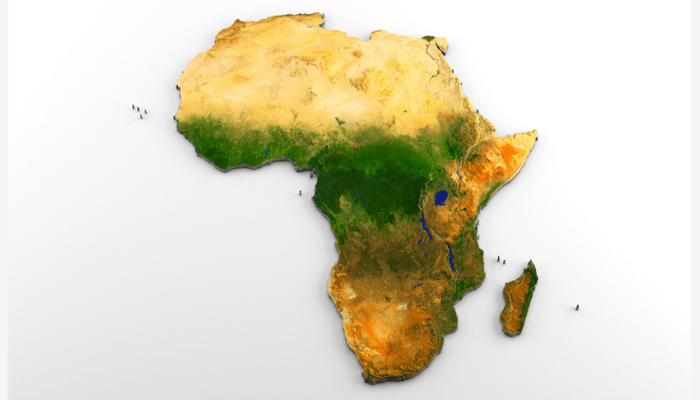 Every so often, I find myself in a room filled with bright 20 and 30-somethings who have a fantastic new solution that will disrupt the status quo and change the socio-economic face of Africa forever. Typically, after about five minutes of bloviating about how technology can solve Africa’s problems, with the obligatory shoehorned references to “financial inclusion,” “big data,” “the sharing economy,” “blockchain,” “the Internet of Things” and “machine learning,” the Big Idea then comes out – a new smartphone app that will enable bill payments, offer quick unsecured loans and/or enable investment into certain asset classes.

At this point in the conversation, I generally tune out mentally while the excited room learns how to fix Africa’s problems by tapping and swiping on their phones. I do not tune out because I find the pretentious use of buzzwords inauthentic and unbearable (though it certainly is).

I should point out that I am the furthest thing from Luddite or a tech-phobe. I actually have a keen interest in fintech and in fact, I am attending an upcoming Fintech conference organised by the Centre for Law and Business at the Lagos Oriental Hotel on Wednesday.

I tune out because – unlike the vast majority of the people in such rooms – I find myself unable to relate to the idea that smartphones should be in any way central to any strategy for fundamental change on this continent. Why? Mostly because I have formed an opinion of Nigerian and African economic and cultural realities by looking at my regular auto mechanic.

What Techies Can Learn From a Roadside Mechanic

‘Captain’ is not unbanked – he actually has two bank accounts. The problem is that he never accepts payment in anything but cash because of an unspecified problem with both accounts. It could be that he is yet to regularise his BVN information, or it could be as I suspect that both accounts are overdrawn due to bank charges, and he does not want to lose any money to the bank by taking a payment into an account.

Captain has a smartphone, but he is only ever seen with his Nokia 2120 feature phone. In World Bank terms, Captain is probably not “poor” because he is an economically productive auto mechanic who runs a busy roadside workshop in Ogba. He probably could afford to invest money into one of the new generation investment apps out there, and he can definitely use any of the available payment apps if he so wished – he has the disposable income. He just has no interest whatsoever.

Yet Captain sees the entire Fintech world as something that has absolutely nothing to do with him. He just wants to fix cars and get paid cash. Except you are offering him free money, Captain is not interested in being “financially included” through a high-interest loan app or an app promising him 50 percent returns in six months if he invests in growing chickens. Captain does not trust the legacy system much and trusts the emerging one even less. The guys I attend those meetings with see converting him as their ticket to scaling, but he wants no part of it.

Across the agriculture, manufacturing and retail spaces in Nigeria, there are several million people like Captain. Whether or not they fit the financial profile of a “middle class”, they have little interest in this brave new world of “financial inclusion technology” and they cannot see why the excited 20-somethings making them promises are any different to those who have sold them dreams in the past.

It is no coincidence that the only new generation Fintech solutions that have scaled beyond the small minority group of middle-class consumers in most African markets are built on USSD technology. Crucially, USSD works on both the most advanced Apple device and on the most basic 15 year-old Nokia 3330. In fact, figures from Q3 2019 show that feature phones still accounted for about 60 percent of 55.8 million total shipments in the African mobile phone market. This means that every solution designed to save Africa via an app is realistically only accessible to a fraction of 40.6 percent of the total market.

When I was growing up as a Jehovah Witness, many within the organisation often used to question why the group’s recruitment and retention strategy revolved so heavily around face to face contact and printed material. In theory, you could after all just make everything electronic – place literature via email, preach via social and broadcast media, and meet remotely via Skype. It would be cheaper and more efficient, as well as theoretically opening up the message to new audiences.

The organisation, however, steadfastly insisted that nothing beats the effect of face to face contact and printed literature. To this day, that continues to be the mainstay of its strategy, and that decision has been vindicated. The reason behind this curious quirk of human nature can be gleaned from examining the travails of the flamboyant southeastern pastor Chukwuemeka Ohanaemere, aka Odumeje.

Most of us social media-using intelligentsia had never heard of him until relatively recently. When we did come across him, we saw something midway between a caricature of an over-eager prosperity preacher and a total buffoon – or at least that is how it looked to us. To his devoted followers, however, he is nothing short of a phenomenally anointed man of God with genuine superpowers. They face widespread mockery in the merciless open space that is the Internet but thus has no effect on their belief or enthusiasm.

The simple reason is that Odumeje has been at work for many years on the ground, building strong emotional links with his immediate community and carefully cultivating his myth. His message is not “follow me on Twitter so I can bless you with words of divine wisdom.” His message is “Come to my church and get your miracle,” not “stream my sermon” or “download the Odumeje app” – come physically to Onitsha and your life will change.

This strategy is highly effective because humans have evolved over centuries to believe in several myths and unprovable theories. Human contact is key to building strong myths and identities. It is for this reason that witnessing a live performance from a beloved artist often leads to audience members crying and fainting – the impact of physical presence on myth building cannot be overemphasized.

What this means to political and social campaigners is that while social media and the internet are certainly key battlegrounds, the biggest battle of all must always be fought in person. Social change campaigns must have the person-to-person element at their core. Political campaigns must have Jehovah Witness-style sustained and aggressive door-to-door marketing if they are to make a dent in the entrenched political order.

The business of changing Africa’s trajectory is not a struggle that we can automate. Whether we acknowledge it or not, Africa is and will remain the chaotic, complicated, contradictory place we know for some time to come. Fixing it will inevitably require all our available technology and creativity. Ultimately, however, it will also require the basics of all politics and economics.

And there is no app for that.