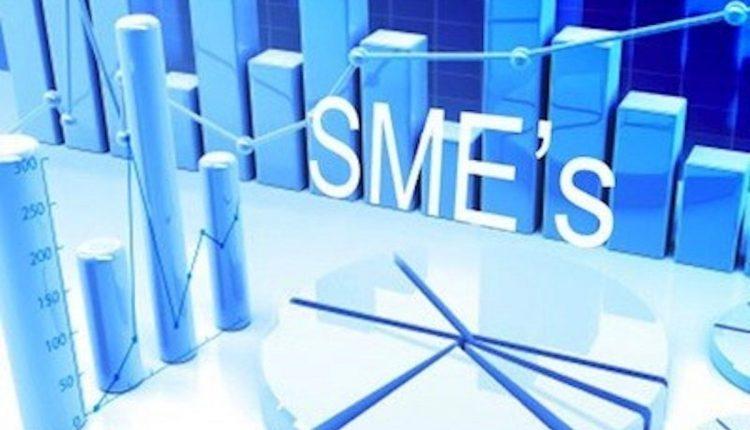 A few weeks ago, I began to write about the need for us to start the necessary steps to restart the Nigerian economy, having succeeded, to a reasonable measure, in keeping it fairly stable thus far. In that piece, title “Recovery 101: Business Continuity and Consumer Spending”, I observed that the effects of the current pandemic will be hard to overcome, unless we begin from the beginning – helping businesses, particularly small businesses, to return to full operations, and putting money in the hands of consumers, especially the hardest hit, to enable them resume spending. These suggestions were borne out of my understanding of where the pandemic hurt business the most – their cash flows and the importance of consumer spending in a capitalist economy – well over 60 percent of GDP in many economies.

Now, I want to advance that conversation in Recovery 102, in which we look at the role of public policy in directing attention to what is needed to meet the propositions in Recovery 101. For the avoidance of doubt, and at the risk of repeating some of what I have said elsewhere, one of the first casualties of COVID-19 is the cash flow of all categories of business. The pandemic put a knife on the life wire of business by snuffing out their sources of cash and leaving them high and dry. This situation has precipitated a number of negative outcomes culminating in disruption at every level of the production value chain, breaching contracts and inducing bankruptcies. As consumers’ incomes evaporated and excessive inventory stockpiled, job losses became unavoidable as suicides were even contemplated.

It is in the nature of the capitalist system to be pro-cyclical – manifesting a recurrent tendency to experience booms and bursts. Stock markets grow bullishly, draw in as much lose capital as possible, form a bubble and then suddenly break up at the seams

Clearly, and as we learnt in college Keynesian Economics, consumption is a direct function of disposable income. Since there is no future for producers in an environment of vanishing consumer power, it becomes indubitable that this recovery should begin with consumer empowerment. Rebuilding consumer power will impact positively on a number of economic variables that are central to economic recovery, including a much needed economic optimism. For example, rising optimism among firms, to be generated by rising demand for goods and services, will lead to increased investment, employment and incomes.

How do we deal with the double-headed challenge of business continuity and raising consumer empowerment? We can crack that nut by looking at whatever is capable of halting the procyclical momentum that has developed from the pandemic. To boost consumer spending and get cash flows streaming down the vaults of business once again, we must put money in the hands of economic agents in our economy. Whose money will it be; one may ask? Everyone with the capacity will put money in the system, including banks and other institutional investors. However, the government should lead the way. Not only does the government have the right institutional framework to manage the required kind of spending, it also has the capacity to conjure money, including the ability to print it, if need be.

Regarding institutional framework, if Nigeria has ever needed the support of her banking system, to get out of a crisis, this could be the time. Any serious effort to restore the national economic equilibrium disturbed by COVID-19 would require game-changing champions to deliver sufficiently dizzying blows to the by-products of the pandemic that are now lacerating the economy and drawing much blood from its members. As the crisis brought business to a sudden screeching stop, the first casualty was cash flows, which vapourised, generating a chain reaction that has since culminated in massive job losses and imminent bankruptcies.

According to a certain Nigerian politician, when a nation is at war, it calls out its generals to help her win the war. Similarly, and assuming this proposition, which is yet to be fully tested, is valid, when the need for finance arises, a nation should also call on its banks for help. Therefore, this recovery should be led by the banking industry, captained by the development banks, which are specialised financial institutions, mostly nationally owned, set up to drive and sustain development through financial provision for the less attractive sectors of the economy, including the informal sector. They sometimes specialise in specific sectors, such as agriculture, industry and infrastructure. The Bank of Industry, in my view, has been a leading light in this direction.

It is in the nature of the capitalist system to be pro-cyclical – manifesting a recurrent tendency to experience booms and bursts. Stock markets grow bullishly, draw in as much loose capital as possible, form a bubble and then suddenly break up at the seams. The build-up that leads to the crash comes principally from the activities of private commercial banks, which are very willing to lend during good times but highly risk averse at the slightest sign of economic crisis. Since the Global Financial Crisis of 2008, the world has witnessed several stock market crashes. Expectedly, the importance of development banks has become even more enhanced. They are usually the strong line of defense when economies need reflation. They offer a rare combination of finance and commitment, especially on a long term basis – something incongruent in commercial banks.

A fundamental reason for the establishment of development banks is to have a countervailing force against the shortcomings of private banks. While the private sector is viewed as the engine of growth in the contemporary mixed economic system, it has its own frailties that tend to sow the seed of the business cycles, which punctuate economic prosperity at intervals. When the economy is growing rapidly or significantly, banks tend to be readily available to make loans and support the growth. However, they are not quite forthcoming when the economy is looking down.

First, commercial banks do not provide enough funding for some critical economic activities that help to expand and stabilise the economy – e.g.; MSMEs. Innovative ideas that are yet to be tested, small businesses that give fiber to the economy, and investment in Social Overhead Capital, do not get adequate funding from commercial banks. Being risky prospects, they find it difficult to raise finance in the right quantum and cost. They need long term funding as against the short-term funds offered by the private banks. Development banks fill this gap; provide technical support and capacity building to the MSME sector, which accounts for over 95 percent of all registered businesses in the world, provides between 50 and 70 percent of all jobs and half of the world’s Gross Domestic Product.

Nigeria is one of the countries that have made effective use of development banking as a strategic tool of economic development. From the days of Nigeria Industrial Development Bank (NIDB), now Bank of Industry, the Nigerian Bank for Commerce and Industry and many others, we have seen strategic intervention to industrialise Nigeria. That we failed to make progress has nothing to do with these public banks. Today, we have public banks in practically every field; from industry to agriculture, education and such. This is the time for them to do what everyone expects of them – lead the way to restart the Nigerian economy.