Pulling down the railway tracks 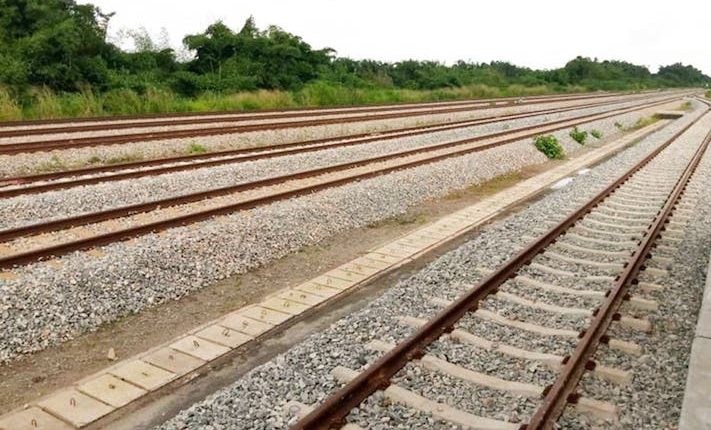 Last week, some unscrupulous characters were caught on camera vandalising the rail tracks on the Itakpe-Ajaokuta rail. They loaded them unto a waiting van and drove off. It made my stomach churn. If peradventure, a train was moving on that track that afternoon, there would have been a catastrophic accident.

It is a metaphor for the failed state that our country has become. In all my travels around the world as an international civil servant, I have never come across this phenomenon of people deliberately destroying public infrastructures except in my beloved country. It is unthinkable in Ghana, Côte d’Ivoire, Togo, Ethiopia, Kenya and South Africa. The vandalization of public infrastructures in Nigeria is part of the mystery of iniquity.

During the first decade of our independent nationhood, incidences of vandalization of public infrastructures were virtually unheard of. It is, by and large, a post-civil war syndrome, just as much as the phenomenon of armed robbery and cultism. From the seventies onwards, NEPA, the water boards and other public utilities became targets for vandalization. During the Second Republic under Shehu Shagari, it was not uncommon for public buildings to go up in flames whenever issues of fraud came up. Such conflagrations always coincided with audit investigations. It happened with the NITEL building in Lagos and also with the Federal Ministry of Foreign Affairs.

I make a distinction between grand vandalization and petty vandalization. Grand vandalization refers to big acts of sabotage and destruction of public properties and infrastructures. Petty vandalization, on the other hand, involves pilfering and destruction in smaller scales. A good example are the metal frames that are installed in the pavements of public streets to protect rubbish falling from blocking the free flow of water underneath. If you go round most of our cities, you will notice that most have been removed. The long-term effect is, of course, rubbish piling up blocking the free-flow of water. It is a contributor to flooding in many of our cities today.

Telecoms providers such as MTN and Glo have often complained of systematic vandalization of masts and other installations. Unfortunately, it is not physically possible to provide full-time 24-hour security for these facilities. On a daily basis, these damaged facilities must be replaced and/or repaired to maintain unbroken network transmission – a very expensive proposition. These companies simply pass on the costs to the consumer through higher charges.

A research conducted in the Copperbelt Region of Zambia in May 2014, identified four motivations for public infrastructure vandalism. First, there is “acquisitive vandalism”, which is vandalization as pure theft. Secondly, we have “tactical or ideological vandalism”, which is motivated by the need to make a political statement in order to draw attention to a grievance. Thirdly, there is “vindictive vandalism”, which aims to inflict revenge for a perceived wrong. Fourthly, we have “malicious vandalism”, deriving from anger and rage over a perceived wrong. And finally, “play vandalism”, where mischievous street urchins take it upon themselves to inflict damage on public infrastructures, not for any motivation but for the heck of it.

The drivers of vandalization range from poverty and unemployment to corruption and lack of adequate security. The corruption factor is particularly salient. For example, it is not possible to dismantle high-tension power cables or transformers without professional insider knowledge. Lack of patriotism is another factor. The tragedy of our nationhood is that our youths feel completely alienated and disconnected from the rest of society. Their future has been mortgaged and they feel hopeless and demoralised. Desperate, hungry unemployed youths see nothing amiss in pulling out rail tracks and power cables.

In November 2013, a poll was found that 6 out of 10 Nigerians (60%) believe that Nigerians tend to value public property rather poorly. Majority of respondents (74%) agreed that the high incidence of property vandalism has become a problem in our country. The polls also showed that the most vandalised public properties are: electricity installation (57%); oil/gas facilities (51%); and public buildings (32%). In terms of solutions, respondents recommended provision of more jobs (58%); public enlightenment (15%); and provision of adequate security (13%).

The “Wilful destruction of public property” clause of the Criminal Code expressly states that “any person who unlawfully or with intent to destroy or damage any public property removes, defaces or damages any public property shall be guilty of an offence and liable on conviction”. For a railway line, electric power line, telephone line or a public highway that is damaged or rendered dangerous, impassable or non-functional, punishment is for imprisonment for a term not exceeding 21 years without the option of a fine. For vandalization of highway facilities, the punishment shall not exceed 10 years.

The criminal law looks severe enough. But it is obviously not deterring offenders. It seems what is lacking is detection and enforcement. The law-enforcement agencies must be trained in patrolling public facilities, including highways and railways and urban utilities. Handling vandalised goods must be treated as a crime of strict liability. Public education and enlightenment is also important. We need to inculcate in our youths the kind of civic virtue that makes them appreciate that public infrastructures belong to our common patrimony and must be protected by all citizens.

Community leaders also have an important role to play. Every vandal belongs to a community. Communities must identify and isolate such criminals. Community leaders must also be held accountable for failure to report incidences of vandalization in their areas of jurisdiction. During planning and construction of public infrastructures, communities must be involved at every stage, so that they have a sense of ownership. Without a robust infrastructure development framework, we shall have no future as a country.

Writing the lead of News

Then I met the headboy and the headgirl