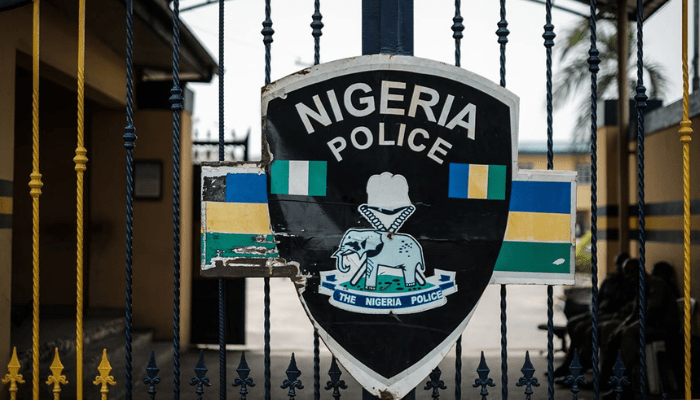 The question has often been asked by concerned Nigerians – What is wrong with the Nigerian Police, and how can it be made right? It is the sort of question that governments are often touchy about, with good reason.

There has been a lot of talk in the past few years about improving the working conditions of the Nigerian Police. A new pay structure has been put in place to guarantee that the lowest cadres can make a decent living – or at least earn above the minimum wage.

It has not exactly made the rank-and-file police happy in their job, and the image of the policeman on the Nigerian street is still not the spruce man in a clean uniform like the London bobby, polite and eager to help a stranger, but quick to show authority with professional discipline where the situation demands it.

Instead, the check-point begging-with-a-gun culture continues, and there have even been demonstrations and threats of strike action recently by different cadres of police complaining about the way they are treated. Something is wrong somewhere, and it would seem it is not just about the level of the police other-rank’s salary-on-paper, but a whole constellation of grievances besides.

It is said that conditions are much more decent in the upper reaches of the force, fulfilling the dictum ‘The higher you go, the cooler it becomes.’

There are a lot of issues that are visible from the outside. Nigeria is still under-policed, in real numbers. The barracks and other infrastructure for accommodation of serving police officers seem to have expanded little from colonial and early post-independence times, when the force was much smaller. Police stations and holding facilities, and the general working environment of the police, still tend to wear a look of decrepitude, despite recent attempts at face lift, some with community involvement. Health facilities in some places are better than where they were before, but that is more a reflection of how bad things were before than a ringing endorsement of the present. The welfare of people injured in the line of duty, and the treatment of families of policemen who lose their lives in the course of duty remain visibly sore points among the lower cadres.

There has been a strong drive to improve the way the public feel about their police.

‘The Police Is Your Friend’ say the words of a legend that is still visible on faded posters on the walls in some police stations.

In all of the discussion of how to improve the police, not a lot has been said concerning improving how the policeman feels about himself. How much respect does he have for the man he sees in the mirror? Does he think he is a good, upstanding citizen, or just a hustler who is disrespected by the public he serves, grappling with an animal instinct to survive? Does he have self-esteem?

A uniformed man who stands with a gun at the roadside collecting one hundred naira notes from passing danfo drivers is rightly reviled by people who should look up to him, sometimes to his face, as a greedy, corrupt man. But what about viewing him as a man with low self-esteem who in his private moments dislikes the person he has become?

In no civilised country will serving policemen be found serving as bodyguards and ‘Man-Friday’ to members of the public who have no conceivable entitlement to police protection. And yet it happens all the time in Nigeria. Nigerian policemen carry bags and hold umbrellas for rich Nigerians – for a fee. It is a bizarre, utterly reprehensible arrangement. The London bobby would not carry the bag even for the Mayor of London.

Disgraceful things can and do happen in these situations, as illustrated by the case of the policewoman who was allegedly assaulted by a lawyer in Abuja to whom she was assigned as ‘orderly.’

‘Outside postings’ are highly sought after by rank-and-file policemen. Of course, they receive substantial additional perquisites from their ‘employers.’ Anyone sighting a policeman whose uniform is starched and ironed, and whose boots are well polished may be sure he is not the regular policeman on the street but one of these elite on ‘special posting,’ whose ‘boss’ may be a cannabis-smoking musician or a spare-parts trader at Alaba Market.

It may be true that ‘special assignment’ is a cash-cow for the police force and its hierarchy. But it is fundamentally debasing to the self-respect of the policeman.

And when, in a country without enough policemen, a substantial number of the police on the books are not available for regular duties because they are occupied as bodyguards to people who are not entitled to police guards, it can be seen that common sense has taken flight from that nation.

After all the authorities could license willing retired policemen to serve as bodyguards to willing payers, without denting the numbers or the morale of the serving police.

Even for the Police who are assigned to work with entitled public officers such as governors, judges and legislators, there needs to be a strict protocol defining their duties as serving members of Nigerian Police Force, entitled to respect, and forbidden from doing demeaning assignments for anyone.

The spectre of policemen and women in uniform carrying market goods for the wives of rich traders is not the only reason why there is not a lot of self-respect among the police on the Nigerian street.

But looking at that disgraceful anomaly and halting it permanently may present an entry into how to begin to address the need for self-respect among the people assigned with the arduous job of protecting the public and ensuring public order in Nigeria.

Of course, all the other entitlements, such as good pay, decent accommodation, access to good healthcare and social support for self and family will still need to be properly addressed.