Our addiction for Chinese loans: Only the TRUTH will set us free! 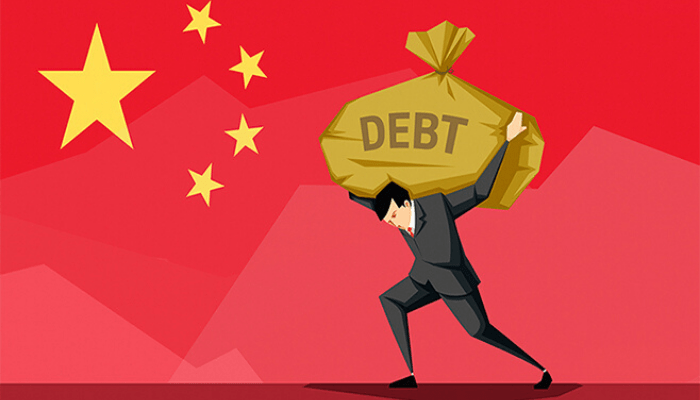 “MPC, however, cautioned that public debt was rising faster than both domestic and external revenue, noting the need to tread cautiously in interpreting the debt to GDP ratio. The Committee also noted the rising burden of debt services… (Communiqué of 128th MPC, 23-24 Jan 2020)

This is coming just as IMF warned that vulnerability to foreign debts is a major threat to economic growth in Africa since these debts divert funds away from developmental activities, The World Bank doubts Nigeria” ability to sustain its debts,  while the Centre for Global Development, has projected that  Chinese loans will put many African countries into trouble. Not too long ago, Atiku Abubakar warned that endless borrowing will lead to endless sorrowing while Prof. Tella, described President Muhammadu Buhari’s request for $29.26 billion external loans as an attempt to deliver a killer blow to the economy. But our people say that those whom the gods want to kill, they first make mad and that abound for death will neither hear the hunters whistle nor perceive the smell of excreta.

The ballooning of  Nigerian debts, raises dualistic concerns. The first is that the debts are growing at an astronomical rate, retard our economic progress and may further lead us into irredeemable debt trap. The second is that most of the bilateral debts are coming from China and even a jambite business analyst knows that any business with a major supplier or  major buyer  has trouble waiting at its gate. This is because even if the sole trade partner continues to deliver, the company will soon become  a hostage, vulnerable to its terms and unable to take independent decisions, at least in the short term. The company may also become susceptible to all sorts of highhanded, unfavourable business antics from the key partners.

Beyond the worrisome dependence on Chinese loans, which is apparently, a deliberate debt-trap strategy, the positive impact of Chinese loans are hard to identify because the loans are designed to favour ONLY one party, China: the money from China pays for Chinese contractors, Chinese personnel including labourers,  and Chinese materials. So the money given to Nigeria and which Nigeria must repay, stays in China, apart from the petty cash they spend on pure water and other allied items

Our external debts have grown by 100 percent in the past 5 years, rising from  $12.6billion in 2015 to $24.4billion in 2018 and still counting, because a lot has happened since 2018 and the government has just secured the approval to borrow $30billion more. Of course, when the Senate President proudly declares that any request from the president is in National interest and will receive “the ayes have it” treatment, and the Speaker says that it is better to be rubber stamps than to fight the president, what else should we expect? Anyway, I  have not seen the level of developments that led to this quantum jump; even the National Bureau of Statics has not seen much. The only thing that we have seen is that debt servicing has gradually taking over 50 percent of our budget. So, we are increasingly working for our foreign debtors, for debts that were obtained without any detailed explanation to “we the people”. With the government of gerontocracy that we are running, those who plunged us into this debt quagmire and who enjoyed the resulting unholy handshakes will pass away while the future generations bear the burden. If it gets to the situation in which we are unable to pay, then we face the fate of others who failed to pay!

On the China affair, the debt-romance which started with $115million in  March 2002 has blossomed to $2.5billion (10 percent of our total foreign debts) and we are now in a situation in which China features prominently  anytime Nigeria makes any official statement on finance, projects and economic growth.

Beyond the worrisome dependence on Chinese loans, which is apparently, a deliberate debt-trap strategy, the positive impact of Chinese loans are hard to identify because the loans are designed to favour ONLY one party, China: the money from China pays for Chinese contractors, Chinese personnel including labourers,  and Chinese materials. So the money given to Nigeria and which Nigeria must repay, stays in China, apart from the petty cash they spend on pure water and other allied items. I admit that US has its own agenda but Rex Tillerson the  Secretary of State got it right when he said that  Chinese loans “encourage dependency using opaque contracts, predatory loan practices, and corrupt deals that mire nations in debt and undercut their sovereignty, denying them their long-term, self-sustaining growth.”

Now China handles about $50billion major contracts for Nigeria; it decides whether to give or not to grant such loans even after they had been scheduled as in the case of Mambila project, and insists that Chinese officials  should come to inspect how its finances are utilised. And even after we have all seen the unfortunate experiences of our neighbours who defaulted in their Chinese loans, and other countries who looked China in the face and say “away with your loans”’, we continue going deeper and deeper, gradually giving credence to the boiling frog effect, in which a frog jumps out of hot water but when boiled gradually, will adjust its body temperature until it reaches a stage beyond its capacity and dies foolishly. This is also in tandem with the theory of escalating commitment

Is China planning to recolonize Nigeria?  It can’t happen to a whole of Nigeria! Well, people who say “If this had happened to me, I will show them pepper” should hold their peace until it happens to them.  But there was a small news item from News agency of Nigeria recently that the Igbesa and Ejila communities in Ado-Odo/Ota Local Government Areas of Ogun have called on federal and Ogun state governments to save them from the Chinese, who have  encroached and destroyed 485 hectares of farmland. We need to be reminded by the hard truth by John Adams  that beyond conquest, the only other way to enslave a nation is by death

So, what is the truth and how does it set us free. The TRUTH is that the geometrical increase in our debts is inimical to our development now and in future. Secondly, the concentration of  these loans in one source is more dangerous than the overall increment in the loans.  We should engage those who are versed in the art and science of managing addictions  to wean us from this malaise. We the people should also heed the advice of Thomas Jefferson that “to preserve our independence, we must not let our rulers load us with perpetual debt.”  He who has ears, let him hear!.

One man from your village saw a car as it sped past and exclaimed in wonderment: if this small car is running at this speed,  how then will it run when it grows?  I remembered that village man after reading the story of how five secondary school girls(Yes; secondary school girls) raped their biology teacher to coma in Ayetoro Itele community of Ogun State, in January of this year of our Lord, 2020.  This is weird but while Igwe Chuwkemeka Ike, who “travelled” the other day titled one of his books, “Our Children are coming”, I have reason to believe that they are already here; they have already come.  Unfortunately, it is in the negative realm. In November 2019, Akwa Ibom State Government suspended 71 students of Government Secondary School, Etoi in Uyo Local Government Area who had attempted to burn down the school, after subduing the security personnel, holding the principal hostage for hours and  vandalising school property. They are suspected to be cultists. That same November 2019, the students ofBaptist High School, Gbodofon, Osogbo,  had the effrontery to engage their teachers in physical combat with cutlasses and sticks. This is reported to be a regular occurrence in which the students usually locked up the teachers in the staff room, except that this time, some bold teachers declared ‘ enough is enough’  and confronted them. There was also the viral video of a female secondary student who engaged her teacher in physical combat in the very before of the entire school community.

So, if they are filled with these  fantastically negative  attributes and behaviours while still in secondary school, what do we expect when  they move into our universities and finally move into the society. Are we producing leaders of tomorrow or dealers and ruffians of tomorrow? What has the government done about this and what should they do about this? Our sociologists and social psychologists  should be consulted to beam their searchlight in this disheartening development. I have SPOKEN.

Welcome to the Spurt! BusinessDay column!

Welcome to the Spurt! BusinessDay column!