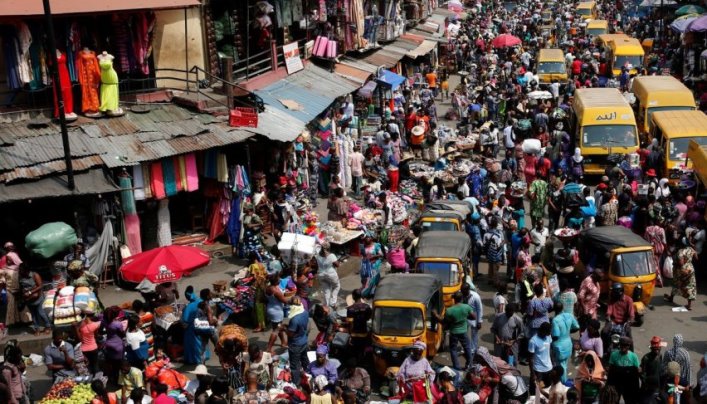 We are told by the Debt Management Office (DMO) that our total debt as at March 2021 has risen to about N33.26 trillion from N32.93 trillion as of December 2020. Interestingly, the above figure does not include the debts of some states, the Ways and Means (W & M) advance of about N10 trillion from the Central Bank of Nigeria (CBN) to the Federal Government and the recent adoption of the Nigerian Autonomous Foreign Exchange (NAFEX) window which has increased the exchange rate from N379 to about N411/$. When these three important additions are properly considered, it will be clear that our total debt will be a lot higher than N33 trillion. Remarkably, while the concerns on the exponentially increasing debts are mounting, the government seem somewhat unperturbed with the Minister of Finance, Mrs Zainab Ahmed describing the debt situation as ‘’very healthy and sustainable” during the recent African Development Bank (AfDB) meeting.

While admitting that the government is facing a revenue challenge, she further stated as follows, ‘’we are cutting costs; we are improving the ease of doing business and trying to leverage private sector resource capacity to invest in infrastructure to reduce government spending. We are working on increased transparency in public financial management; we are enforcing fiscal discipline to expand our fiscal space so that we can continue to service our debt and borrow more to build our infrastructure capacity’’.

While it is soothing to hear governments efforts in creating a better Nigeria, it is difficult to evidently see or experience convincing prudent management of the economy and a strategic plan for sustainable and inclusive growth. Moreover, erroneously relying on debt ratio to GDP as a justification for more borrowing with little or no plan for effective repayment of both the debts and the interests is very worrisome. In a recent interview with Arise Television, the Minister of Transportation, Rotimi Amaechi when asked about the viability of the rail projects to repay the loans used in the construction, maintained that there is nowhere in the world where rail infrastructure loans are repaid from the revenue from the projects. What is even more disturbing is that the Honorable Minister did not offer any suggestion on how the loans will be repaid.

No doubt that Nigeria debt to GDP ratio of about 35% is lower than other African countries such as South Africa at 77%, Algeria at 46%, Angola at 53% and Ghana at 72%, the worry is the increasing level of debts with limited outcomes and the associated costs of servicing them vis a vis our revenue generating capacity. Moreover, in discussions on how to increase revenue or reduce the debt burden, the emphasis is on expanding the tax net with the argument that our taxes to GDP is just about seven percent as compared to other African countries at 18%. While expanding the tax net should be a source of increasing tax revenue, the focus should be more on how to expand and increase our sources of revenue significantly beyond oil revenue through effective and strategic diversification of the economy.

In its half-year 2020 economic report, the Central Bank of Nigeria (CBN) stated as follows: “despite the subsisting revenue challenge, which was exacerbated by COVID-19, the larger proportion of Federal Government of Nigeria (FGN) revenue was devoted to debt service”. While a staggering N2.95 trillion was allocated for debt service in the 2020 budget of about N10.8 trillion, in the N13.08 trillion 2021 budget, the deficit is about N5.2 trillion with debt service allocated a whooping N3.124 trillion (about 24% of the budget)! This is debt service alone not paying back the main debt. Interestingly and in comparison, only N3.85 trillion is allocated for capital expenditure!

Remembering how through a combination of factors such as goodwill from a return to democracy, international diplomacy and expertise in public economics and finance, the Obasanjo regime secured a huge debt relief in 2005/2006, the major question is how we have returned to the same level of debt within a very short period and with very little to show or justify the unbelievable increase. Recalling that like most developing countries, we started with concessional loans from developed countries and institutions but as it dried up, we turned to commercial loans. As the interests ballooned, we ran into a debt crisis which after hard negotiations, we got some debt relief during Obasanjo’s regime. Rejoicing in our laziness and absence of a determined strategy to diversify the economy, China now disguises their own debt colonization as China Belt and Road Initiative to which we are excited to be part.

Nigeria should not be governed like a country on a steady growth path when it is in a terrible crisis. Our present debt and socio-economic crisis require creativity, innovation and effective leadership to harness untapped annual revenue of over N25 trillion from Agriculture, over N50 trillion from a little adjustment of our exclusive and concurrent legislative list and many more untapped opportunities scattered across our immensely endowed and blessed country, Nigeria! Difficult situations require difficult and creative decisions and solutions far beyond what is contained in the Nigeria Economic Sustainability Plan or the recent Poverty Reduction Strategy. As debts have both immediate and inter-generational consequences, a strategic rethink of our insatiable appetite for loans and effective diversification of the economy and sources of revenue is imperative!