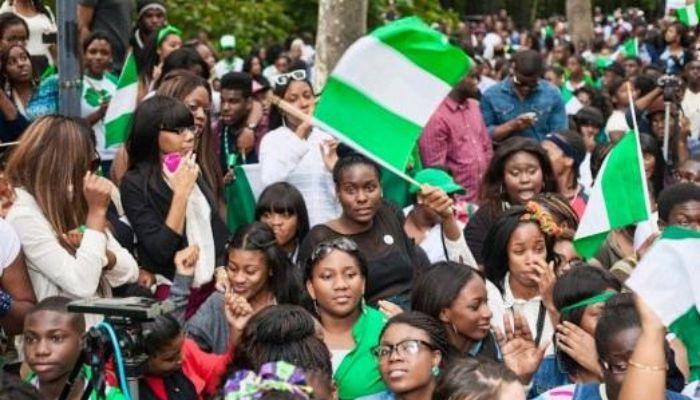 The most populous black nation on the surface of the earth and one of the major oil producing nations in Africa is 62 years old. As Nigeria celebrates its 62nd Independence Anniversary, there is need for all Nigerians to reflect and rethink on our level of development.

Nigeria at the age of 62 years is yet to be an industrialized country. The third decade in the century is going gradually and unfortunately, Nigeria is still the poverty capital of the world. Nigeria whose population is only about a fifth of India’s became the world’s poverty capital with 87 million Nigerians living below $2/day compared with 73 million Indians. It is not that Nigeria has not been fortunate to make some progress since independence. That the country has not achieved political and economic stability as expected is of concern to many Nigerians.

In spite of efforts of the past 62 years of nation building, Nigeria is more insecure, less stable with huge unemployed and underemployed youths, and less confident than it was at independence on 1 October 1960. The result is that Nigeria of the 21st Century goes to negotiating tables in the international environment almost empty handed seeking financial assistance from countries that have organized their societies, educated and disciplined their citizens.

…he brilliantly likened Nigeria to a working-class professional who today would be two years and few days past the statutory retirement age of 60 years as she celebrates her birthday, but broke with little savings and a pile of debt to show for decades of service

In fact, an editor of BusinessDay wrote a report on October 1, 2022, in which he brilliantly likened Nigeria to a working-class professional who today would be two years and few days past the statutory retirement age of 60 years as she celebrates her birthday, but broke with little savings and a pile of debt to show for decades of service. What a pity! Nigeria is blessed with creative people, most of whom are disabled by poor governance structures in the country.

Most Nigerians have passion for growth and potential for greatness. Unfortunately, their potential have not been harnessed for greatness. Why? I know many of my respected readers will say that the problem with Nigeria is squarely leadership. True! Leadership is a major requirement in the list of complex factors required for greatness as a nation.

As far as governance is concerned, policy and practice are two terrains of experience that government in Nigeria has been grappling with for several decades with success somewhat below degree of public expectation in many cases. In our seeming long struggle to establish ourselves as a developed country, we have continuously run into such troubled waters that negate our democratic advancement and undermine our ability to soar above our numerous socio-economic challenges.

At the core of the issues that continue to plague the country is the question of quality and genuine leadership, and all the values and qualities associated with such. Yes, to a large extent, the failures in our national systems are all tied to the question of leadership. Just as in conventional war, no democratic society can attain economic development without visionary and committed leaders.

Nigeria’s leadership crisis is legendary. The problem is common at all levels of the government- local, state and federal. As we celebrate this current independence anniversary, I think we ought to reflect and rethink on how to make our communities, our local governments, state governments and Nigeria great again. We have no excuse at all. The British did to us what they did to India and other countries, yet those countries tend to forge ahead, not crying wolves and blaming others for their inadequacies. We must take charge of our destiny as a nation.

One wonders why we cannot continue to do those things we did well in the past and move ahead as a nation of great people. Unity in diversity should be our starting point. A group of individuals should not see themselves as being superior to others. Acceptability of the uniqueness of all Nigerians followed by humility and respect for all citizens are necessary. Interestingly, Nigerians are not lacking in all these. What we need to do is to keep the fire burning as individuals with a collective pursuit of greatness in sight. Team approach with respect and love for one another irrespective of tribe, religion and culture will enable us achieve our aspirations.

And if the country is to develop economically in the true sense, we must begin to source for quality leaders during the forthcoming general elections. Those aspiring to lead this nation must be committed and trustworthy politicians.

Our progression as a democratic nation and our efforts at achieving a stable and leading socio-economic polity are the total sum of the core objectives of our contemporary national endeavors. But these have always been the goals of our historical union since the decades of constitutional reforms that followed since independence.

Invariably, we have struggled with almost the same issues for years and decades, coming out of some and returning into others and going round and round in the same circle. A tortuous and very painful experience! Indeed, Nigeria has not been that lucky. Nigeria emerged from her colonial past on 1 October 1960 with a population of only 32 million which then was ably supported by a strong agricultural base.

Today, it is estimated that our population is more than 200 million, and the oil boom of the 1970s has not only weakened the agricultural base, but had destroyed the budding impressive socio-economic foundation which would have sustained the phenomenal upsurge in population. This was therefore, the genesis of Nigeria’s current economic problems.

Before now, hope-inspiring visions (2010 and 2020), transformation agenda, Seven Point Agenda, National Economic Empowerment and Development Strategy (NEEDS), and others have not been able to put Nigeria on the threshold of being a developed country. As Nigeria’s population grows at a rate of about 3 percent with a double-digit inflation, coupled with rising unemployment figures, the economy remains sluggish. Thus, in a context of rapid population growth, one expects that policies and programs to reduce poverty and hunger must expand faster than the population is growing.

At the heart of our challenges is the endemic corruption in our system. Corruption in any shape and size will never breed progression but retrogression. And as long as the monster called corruption is enthroned in the country, I hold firmly that development is very far from Nigeria.

However, the solution to our prevailing economic problems depends on how far we plan our tomorrow today and how best we evolve and practice the right policy. This is particularly so as Nigeria, the acclaimed giant of Africa, is today, the world’s poverty capital.

We have heard that the government wants to develop infrastructure. A lot of funds have gone into providing social and economic infrastructure. But we need to appraise the achievements of the country in infrastructural development after 62 years of independence.

Some experts have advised that economic development plan must be of strategic significance, well researched and thought-out in all its ramifications before it is put in place. Once that is done, it should not be changed for a period of time irrespective of changes in the personalities in the corridors of power. I strongly believe that it is possible to have an economic development plan that is capable of changing the narrative of the country positively within this decade.

Nigeria is indeed a country blessed with enormous human and material resources as well as potentials but committed leaders are scarce. In fact, our human resources would have been the country’s greatest assets towards promoting and sustaining a virile economy.

Unfortunately, because of the absence of an enabling environment and the so-called “Nigerian Factor,” which tends to enthrone mediocrity, our human resources have continued to suffer from excessive brain drain. A deliberate effort must be made to check the current “exodus” of Nigerian professionals to foreign countries in search of wealth. This will happen when those in the government ensure the security of citizens and acknowledge that professionals and technocrats have a role to play in the economic development of the country. Thank you.

Vector control as a pathway to eliminate malaria in Africa

Peter Obi should be mindful of the Bradley Effect