June 12 and the founding fathers of Nigeria (1) 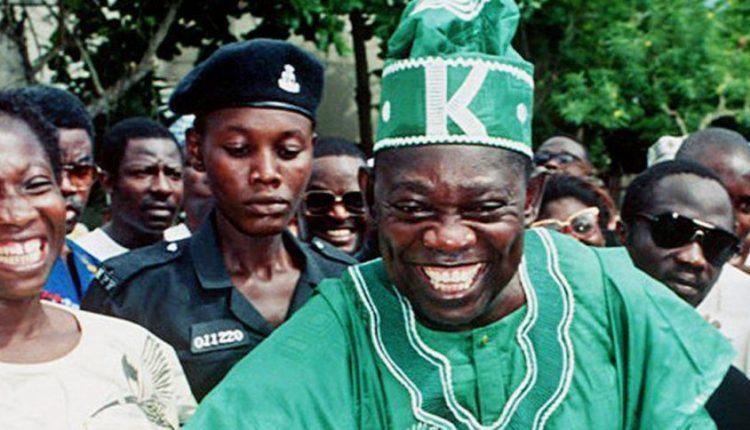 The founding fathers of Nigeria would be unhappy with the regular eulogy of praises on them at events like the democracy and independence days. They would be unhappy with the legacy they left behind, the state of the country- the economy, disunity, poverty level, massive corruption, herdsmen killings, religious intolerance, and the threat to the sovereignty they fought and gained from the colonial masters. Alas, they would be saddened by their actions in leaving a country without a specific national value and existential ideology except for competitive co-existence for power and dominance on the platform of religion, tribe, and ethnicity.

The founding fathers like Herbert Macaulay, Alvan Ekoku, Nnamdi Azikwe, Obafemi Awolowo, Ahmadu Bello, Abubakar Tafawa Balewa, Aminu Kano, Joseph Tarfa, Dennis Osadebey, Ernest Enahoro and a host of others will be unhappy with the current state of affairs of the country.

No doubt, the nationalists fought for Nigeria’s independence with their lives at risk and with all the resources available to them. They were united in the pushing for Nigeria’s emancipation, and that appeared to be the only cause Nigeria has been truly united on except for the votes on June 12, 1993. The aftermath of independence was the battle for the political leadership of the country through regionalism and focused on our differences.

The political parties founded during nationalism and after independence were more of regional alliances of people in a new country when the unity of purpose, direction and action should have been the focus. The unity void is with us today, and the best opportunity to correct it was destroyed by the military junta led by Ibrahim Babangida. From the Nigerian National Democratic Party, Union of Young Nigerian, Nigerian Youth Movement, National Council of Nigeria and Cameroon, Northern Elements Progressive Union, United National Independence Party, United Middle Belt Congress to Action Group, Northern People’s Congress and others were parties with regional roots and ideology.

The second republic major political parties like the Unity Party of Nigeria, the National Party of Nigeria, Great Nigeria People’s Party, and others are the same without national cohesion, ideology, and value. Though the second republic parties have leadership that cut across the ethnic segments of the country, it was evident that the intentions for the mix were devoid of any national identity or ideology—just a little show of diversity to gain votes from the other ethnic groups.

With the above, Nigeria, as a country with diverse ethnic groups, has been divided at birth with one common ground. The common ground was to gain independence from the British. There were little concrete and united attempts to build a unified country except for the introduction of the quota system, which is the subjugation of merit, equality, and fairness for inclusion through ethnic balancing. The lack of national cohesion and drive to transit into one big nation where the differences are subjugated for the benefits of diversity makes our political growth and maturity a game of gamble. We are in the circumstance that was foreseen by the nationalists but for which they did not do enough to avert. If you are in doubt and want a proof that the unity of this country has been a concern for ages, take a new look at the statements of your founding nationalists about the country they led. Sir Ahmadu Bello said “It is true that we politicians always delight in talking loosely about the unity of Nigeria. Sixty years ago, there was no country called Nigeria. What is now Nigeria consisted of several large and small communities, all of which were different in their outlooks and beliefs. The advent of the British and that of Western education has not materially altered the situation, and the many and varied communities have not knit themselves into a composite unit.”

Chief Obafemi Awolowo’s famous quote attested to the unity problem when he said, if rapid political progress is to be made in Nigeria, it is high time we were realistic in tackling its constitutional problems. Nigeria is not a nation. It is a mere geographical expression. There are no “Nigerians” in the same sense as there are “English”, “Welsh,” or “French”. The word “Nigerian” is merely a distinctive appellation to distinguish those who live within the boundaries of Nigeria from those who do not. Sir Abubakar Tafawa Balewa said, “Since 1914 the British Government has been trying to make Nigeria into one country, but the Nigerian people themselves are historically different in their backgrounds, in their religious beliefs and customs and do not show themselves any sign of willingness to unite, Nigerian unity is only a British intention for the country”.

Though actions were claimed to have taken through the words of the nationalists, our founding fathers, none of such effort is to be proud of as the successive leaders have either failed to build on it or have destroyed value. The so-called founding fathers laid the foundation for the mismanagement of Nigeria’s diversity, polarising the nation with political parties on religion and ethnic ideology and not ideologies that build nations. We should stop eulogising leaders based on their involvement in the colonial struggle alone but on a sustainable legacy like that of Lee Kuan Yew which set Singapore on the trajectory of growth and prosperity. Our current reality is the posterity of our founding fathers; not what they have done without recurring positive effects.

Our independence is not real independence to the current set of Nigeria youth who are not better compared to their counterparts in other countries with similar resources as Nigeria. With the colonial rule, our education and health sectors might not be as it is. So, in eulogising the so-called founding fathers, let’s debase their credentials with the defective political structure and institutions they gave us and only praised them for the project with a sustainable legacy like the free education one of them gave the nation which is alive till date, with products from all the ethnic groups in Nigeria and which shows in the tolerance and accommodative nature of the region he governed. The education legacy of Awolowo is enduring and lives on if we are to be objective.

The enduring achievement of the founding founders of nations is not their participation in the emancipation struggle. It is work after the emancipation. The accomplishment of founding fathers should be the foundation in terms of political structure, and institutions they established to guarantee future development for the coming generations. We shouldn’t be praising leaders for the struggles, for gaining independence and yet leave behind a political structure that hindered landmark development. They should have instead restructured the country or dismantle it if the unity is not achievable to them and saves lives and time.

Our diversity as a country has been mismanaged and damaged especially by the failure of the political elites to heed to the concept of true federalism as advocated by Tafawa Balewa when he said ‘I am pleased to see that we are now all agreed that the federal system is, under present conditions, the only sure basis on which Nigeria will remain united. We must recognise our diversity and the peculiar conditions under which the different tribal communities live in this country’. We did not entrench true federalism or destroy the building process with the military incursion into politics. We have allowed religion and ethnicity to dominate our thinking to the extent that a mere association of cattle breeders is dictating the conditions for which a section of the country can contest and win the presidency.

We have allowed injustice to all and sundry, especially the teaming youth without education and with no choice than to take banditry and extremism as a means of survival. We have rather than creating equal opportunities instituted a dichotomy between the political class and the rest of us, between the rich, the connected, and the privileged, and those striving to survive without access to the basic needs of life. The power struggle has not benefitted anyone, even the region that wants it at all cost. It has produced a lopsided country than desired with the majority on the brink of poverty. Our situation is pathetic, Nigeria’s “Egungun” is on the express already despite all warnings for the “egungun” to be careful.