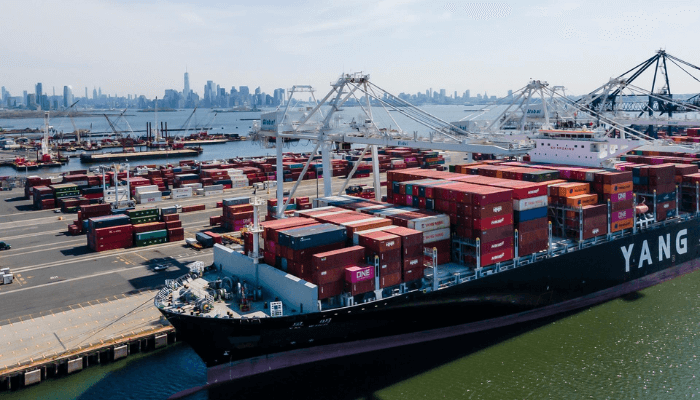 While investment in shipbuilding is huge, the need to import and export goods, as sparked by globalisation, made shipbuilding an important strategic industry. Shipbuilding has a complex value chain that demands skilled workers at each stage of this chain. Although Europe remains a crucial market to produce cruise vessels.

China is now repeating these models with large state-supported investments in the industry. Due to massive investment and low labour costs, China has emerged as the world’s largest shipbuilding nation. It is my position that African nations, particularly Nigeria, must improve shipbuilding capabilities in order to enhance maritime trade.

It is my position that African nations, particularly Nigeria, must improve shipbuilding capabilities in order to enhance maritime trade

Shipyards are so strategic to a nation that experts refer to them as force multipliers in national development calculus. The modern warship is perhaps, the most complex system made of steel that man devised. The technology used in the construction of warships is foreign. Indeed, most components of machinery and equipment are not available within the country where these ships are constructed.

Between 2014 and 2019, reports in foreign marine publications show that the number of active shipyards worldwide was nearly halved. During this period, more than 230 shipyards were closed due to the consolidation process within the shipbuilding industry globally.

According to a maritime regulator based in Nigeria, this was caused by a decrease in the demand for new vessels, stemming from the uncertainty surrounding future fuel composition, propulsion systems and environmental regulations.

Shipbuilding has largely suffered neglect since Nigeria’s independence. For instance, in 2012, reports show that Nigeria had about 19 ship repair yards, but about 85 per cent of these facilities were underutilised due to neglect. Even by 2016, there were about 10 ship repair yards in the country, with only 6 operational.

The maximum available capacity for ship repair in Nigeria is 25,000 tons and this can be found at the Niger Dock located in Snake Island, Lagos. This is closely followed by the graven dock of the Naval Dockyard Ltd., Lagos, which has a capacity of 10,000 tons. The remaining operational shipyards in the country are in Rivers State, and they have a capacity below 8,000 tons.

To cater to the shortfall in Nigeria’s docking capacity, the nation’s Maritime Administration and Safety Agency (NIMASA) procured a floating dock measuring 125m by 35m with three in-built cranes, transformers, and ancillary facilities.

The economic recessions that Nigeria went through in 2016 and 2020 affected business in the shipbuilding and ship repair industry.

Shipbuilding and ship repair ought to be a lucrative sector in Africa. However, it is impeded by a lack of supporting industries like steel mills, railroads, and engine manufacturers. All of these limitations have also impacted the shipbuilding industry in Nigeria.

Experts also argue that these inadequacies are further aggravated by the lack of an appropriate shipbuilding master plan in Nigeria, coupled with the absence of relevant industry standards. The few shipyards, their capacity, and the poor state of facilities are inadequate to repair over 1,000 vessels operating within Nigerian waters. This is responsible for the poor performance of the shipbuilding sector within Nigeria’s maritime industry.

A greater commitment will reposition the shipbuilding industry to contribute significantly to the national economy through job creation and revenue generation. As a priority, Nigeria and other African countries must continually strive to build ships locally.

Although personal experience has shown that the journey from being an importer of ships to a shipbuilding nation is complex, as an investment in shipbuilding is colossal. So, investing in indigenous shipbuilding has a plough–back effect on the nation’s economy because most of the contracts will be awarded to local vendors. This will reduce the outflow of foreign exchange by nations that are willing to pursue an agenda of self–reliance. Pursuing an indigenous shipbuilding policy will boost the economy through employment generation.

According to studies, the complexity of warship construction necessitates a significantly larger labour absorption viz-a-viz commercial vessel construction. Why? Although, it cannot be said that all warships are more complex than all commercial ships, the former has more high tech systems, ammunitions, sensors, electronic equipments and large engines which are all integrated. An oil tanker of the same tonnage as an aircraft carrier will have less labour employed during construction.

More research has also shown that the labour employed in constructing a commercial ship of about 30,000 tons is less than the manpower required to build a warship of about 6,000 tons. Thus, employment opportunities are extended to citizens with a broader educational background in science, technology, engineering and naval architecture, which is why experts consider indigenous shipbuilding a skilled activity.

Each shipbuilding project involves a considerable investment in the labour force, with commensurate employment and skilling of the workers. As ships become more complex, skill levels also rise proportionately. Furthermore, due to the intrinsic complexity involved, warships construction requires higher white-collar workers than blue-collar ones. Apart from individual skills, shipbuilding projects also lead to the creation of new capabilities and capacities within shipyards. These are crucial spin-offs for any economy.

Most of the naval vessels produced in developing countries are of relatively simple designs, and in these cases, only hulls are often produced locally. While engines, weapons, and associated fire control systems, including navigational equipment, are imported. This was the experience with two naval vessels–ANDONI and KARADUWA–constructed in Nigeria. The third indigenously built Seaward Defence Boat (SDB) – NNS OJI – was recently commissioned by the Nigerian Navy.

I hope the Nigerian Navy will sustain its local shipbuilding programme in order to expand its fleet. Perhaps, African countries need to consider the views expressed by naval strategists that “control of the sea by maritime commerce and naval supremacy means predominant world influence”. To expand the navy fleet is necessary, but Africa needs a bigger merchant fleet to engage the world in maritime trade. Thank you.