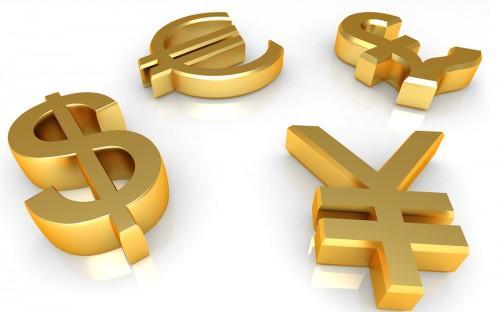 (second in a series of five volumes).

Nothing quite divides the Nigerian policy space like forex. We know the major vulnerability is the dominance of crude oil in our foreign exchange earnings basket. We also know that any long-term exchange rate “stability” depends on how we diversify that space. What to do in the interim though, is the question? That question is my focus today.

The dominance of crude oil is however only half the problem. The second half is the bias, specifically in the upper class, for a “strong” exchange rate against the dollar. They measure their standard of living on their capacity to purchase international goods and services. Contrary to popular opinion, forex utilisation for international travel, foreign education and health is multiples of that for food imports. In 2018, for example, $9.5 billion was utilised for personal and business travel including for education and health reasons, according to the CBN. The total of all agriculture and manufactured goods imports in the same year was $2.6 billion according to the NBS. Even if you assume that smuggled products were just as large, it still would not come close to the travel expenses. In 2019 the figure for travel was up to $13.5 billion.

This upper class has political power though. They are the ones who write op-eds in newspapers and generate conversations on television once there are forex challenges. This bias and political power is the underlying cause of the CBNs almost non-stop fascination with a fixed exchange rate against the US dollar. This fascination comes at a cost. Unfortunately, in the current policy environment, the cost is not clear, especially who is bearing it. Remember what happened when the fuel subsidy got internalised within the NNPC and no one could actually figure out its true cost? The same has been going on with foreign exchange in the CBN for decades. We only see the consequences when things blow up. So, what is the way forward?

Second, the CBN needs to be stripped of its power to act as Bureau De Change for the government. On this I now subscribe to the late Herny Boyo school of thought. You cannot have a functioning market if you have one monopoly seller who also happens to be a regulator. And the CBNs monopoly status comes from that action of automatically converting the governments foreign exchange tax revenue to Naira at an arbitrary rate. I suggest we let the various governments collect their foreign exchange and sell it on the unified market themselves. At this point I should point out that allowing the governments collect forex taxes to sell on the market does not mean that the government should be allowed to spend forex. They should not. But if Misau LGA gets $1 million FAAC allocation then it should take that $1 million and sell on the single transparent FX market. If Misau decides that it wants to sell it at a 20 percent discount to whoever then so be it. But it cannot force Bida LGA to do the same. Of course, market rules apply and it can’t pick and choose who to sell it to. One of the travesties of the last five years is that the very same fiscally strapped governments have lost almost 20 percent of their potential revenue to the CBNs FX shenanigans.

The transparent market mentioned above still allows the CBN implement whatever exchange rate policy it wants. If it wants to keep the USD to Naira rate fixed then it can do so, but it will need to buy and sell dollars like everyone else. But what should its actual policy objective be? Whatever it is, the exchange rate policy objective for the CBN needs to be made explicit in the CBN act. The current act specifies price and exchange rate stability as objectives. Price stability is straightforward to interpret but what does exchange rate stability mean? From an optimal macro-policy perspective, the best-case scenario is to always be around the real effective exchange rate. At the very least the avoidance of the worst-case scenario of an over-valued currency based on a publicly reproduceable real effective exchange rate framework should be embedded in the act. The responsibility for implementing that objective should also be moved away from the executive-leaning board, and towards the MPC. This will serve as the legal basis protecting the CBN from the political bias of the upper-class segment and their constant push for “strong” exchange rates.

There are many finer details that cannot fit in a 1000-word column. But if we do these things then we will essentially guarantee that the days of forex scarcity will be gone and the CBN will still have the flexibility to implement exchange rate policy but with some protection from the whims and caprices of the politically connected upper class.

Obikili is chief economist at BusinessDay.