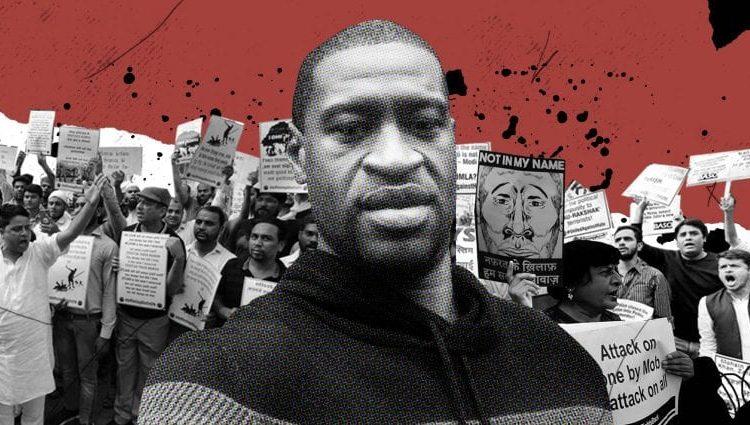 The brazen, daylight murder of the 46-year old African-American George Floyd by police in the city of Minneapolis, Minnesota, will be the defining moment in American race relations. The riots and looting that followed the killing were on a scale only comparable to the race riots of the sixties.

It is an irony that for several decades, Minneapolis, Minnesota, was the home of the Billy Graham Evangelistic Ministries. Every Sunday his radio broadcasts went to all the corners of the world. The Reverend Billy Graham (1918—2018), in his own quiet way, was a strong advocate for racial justice. He would never preach to any audience that was segregated in the United States of America or anywhere else in the world. He had in his entourage some important African-American Christian leaders. Some were also on his Board of Trustees.

Then his eyes shut and the pleas, moans and groans suddenly stop. George Floyd was pronounced dead shortly thereafter. George Floyd will become an iconic figure in the history of American race relations. It is a road to fame that nobody would have wished on himself or herself.

Over 17,000 National Guards troops were activated. President Donald Trump called on his military high command to move into action. The orders were flatly disobeyed. At least 19 people have died in the riots, most of them from gunshots. From Minneapolis, the riots spread like a wildfire around American cities: Oakland, California; St. Louis, Missouri; Omaha, Nebraska; Kettering, Ohio; New York City; Davenport, Iowa; Cicero, Illinois; Philadelphia; Seattle; Atlanta and several others. Supermarkets were looted. Public buildings went up in flames. The financial costs run into billions of dollars. For a moment, there was even fear of a looming civil war across the United States.

Coming at the wake of an economic lockdown that has seen trillions of dollars wiped off the national GDP, the riots following the murder of George Floyd have taken America backwards by quantum leaps. It is a national disaster and a complete catastrophe for the Trump administration.

Coming at the wake of an economic lockdown that has seen trillions of dollars wiped off the national GDP, the riots following the murder of George Floyd have taken America backwards by quantum leaps.

To be transparently honest with my gentle readers. I was a supporter of Hillary Rodham Clinton. I never thought much of a man who speaks the English language with the diction of a below-average high school senior; who made his money allegedly from greasy real estate deals and promoting kinky beauty contests, crime-ridden casinos and brainless wrestling tournaments. But after he was declared the winner, I was prepared to give him the benefit of the doubt. His first day in office was certainly impressive. He publicly signed about a dozen Executive Orders. He came across as a man of action who would transpose his entrepreneurial acumen to the business of statecraft. But things have since gone awry.

His economic growth and employment figures have turned out to be more hot air than substance. I was astonished when neo-Nazis, skinheads and KKK gangs came out to celebrate his electoral victory and he did not disown them. Certainly, his body language and the gestalt of his rhetoric have made racism acceptable, if not attractive, in America.

Some of the reactions have been quite interesting. Former Special Assistant to President Goodluck Jonathan, Reno Omokri, has drawn our attention to the uncomfortable reality of black-on-black violence which is far more than what the police or the white establishment does to black people. What he seems to forget is that the institutional racism that defines America’s political economy is more destructive than any singular acts of violence or murder.  A prominent African-American leader was also very harsh in his commentary on why more Africans were not marching in solidarity with African-Americans in their moment of trial. He defined the people of our continent as “colonial slaves” steeped in tribalism and slavish followership of the White Man’s religion. He pointed out that even the idea of pan-Africanism was brought to us from the Diaspora. Much of it is confused gobbledygook.

Yes, we have some secondary contradictions between Africans on the continent and those on the Diaspora, but the matter should not be overstated. The First Pan-African Conference was in London. It was led mostly by the Diaspora. Marcus Garvey, William E. B. Dubois, and Edward William Blyden were the early prophets of Pan-Africanism. But during the Second Pan-African Conference, which took place in Manchester, young Pan-African nationalists were there: Kwame Nkrumah, Julius Nyerere, Jomo Kenyatta, Nnamdi Azikiwe, Hastings Kamuzu Banda and others. In fact, Africans took over the leadership of the Pan-African movement: Haile Selassie, Ahmed Ben Barka, Modibbo Keita, Seku Toure, Amilcar Cabral, Eduardo Mondlane and the rest. Christian civilisation in Africa goes back 1500 years, to the great Cushitic Kingdoms of the Nile Valley, Alexandria, Abyssinia and St. Augustine of Hippo Regis. It is our man that is confused!

Many were bludgeoned to death during peaceful demonstrations. Thousands would be mauled down by police dogs, truncheons and water hoses during peaceful marches.  And yet they would get up and continue marching, singing the black liberation anthem, “We Shall Overcome”. Some became martyrs. Most paid a heavy prize for standing up for freedom. Martin Luther King was martyred at 39 sowas Malcolm.

I have known for a long time that America has committed horrific crimes against our people. We cannot run away from the fact that our own ancestors contributed, even if unwittingly, to that holocaust.

Today, the least we can do is open our doors to the tired feet of the pilgrims to come back home. There will never be ideal conditions.  But we can subsidise homes while providing the proverbial “an acre and a mule” to all who wish to return. Some will not take up the offers. But many will.

For the United States, the moment of truth has arrived. The entire police and criminal justice system will have to be overhauled. The structure of politics must be reformed to ensure that millions of technically disenfranchised black people are brought back into the democratic-electoral process. There is need for a generalized amnesty to the over 2 million African-American young people that are condemned to live most of their lives in the penitentiary system. It is a millennial scandal that there are more black youths in prison than in college in America. America needs nothing less than a new social contract that guarantees genuine equality for all its citizens, black, white, Latino and all. If America hopes to preserve its status “the leader of the free world” they have to do better. The prestige and influence of a nation depends not only its military, economic and technological prowess; it is also defined by its enlightenment and civility – in the way it treats its women, its youth and its minorities.

Rape: The guilty are afraid