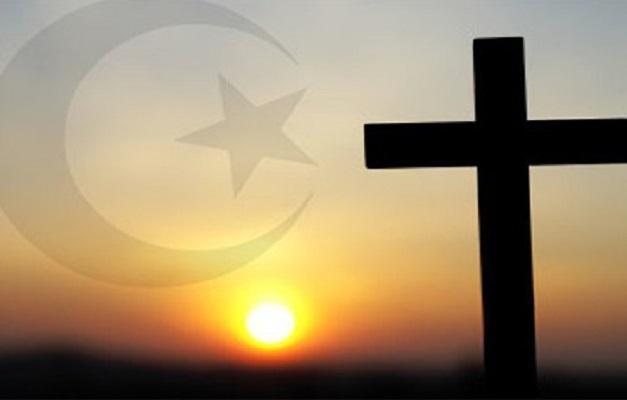 Christianity and Islam are the two Abrahamic religions that have been well consolidated in Nigeria. In that connection, no fewer than seventy per cent of the country’s population practise either of the two religions or openly declare so. As a country which conducts most of its life affairs in a foreign language, we have an observable number of grammatical-cum-lexical inconsistencies that characterise our choice of language within the ambit of religious discourse. First off, the general readership should note that letter “i” precedes the letter “a” in the spelling of Christian and Christianity. This is akin to a name like Michael which has letter “a” as a precursor to letter “e”. On top of that, it is deserving of mention that adherents to a particular religion are collectively called “the faithful” (don’t omit “the,” as obtainable in “the rich” and “the underprivileged”) of such a religion; not “faithfuls.” In accordance with the foregoing, the onus is on you to desist from mentioning the Christian or Muslim faithfuls.

Instead, you are duty bound to talk about the Christian or Muslim faithful. More than that, did you take cognisance of the deliberate capitalisation of the initial letters of “Christian” and “Muslim” in the last sentence, despite the fact that they preceded the noun, faithful? They are treated as proper nouns and should have their initial letters capitalised notwithstanding their position in any sentence. Other classical examples of proper nouns in this regard are the Qur’an (or Koran) and the Bible.

Along the same lines, it behoves Christians to keep in mind that there is a substantial distinction between “the Scriptures” and “scriptures.” While the former with upper case “S” is synonymous with the Bible, the latter with lower case “s” pertains to the holy books of other religions like Hinduism and Buddhism. For correctness’ sake, too, the Christian faithful should commit it to memory that the apostrophe ( ’ ) is crucial to the prayer charge: “in Jesus’ name.” Inasmuch as we would never say that we pray in our father name but in our “father’s name,” the apostrophe is equally important when we pray in Jesus’ name. Moreover, it is noteworthy that “clergy” is a collective name for priests and, consequentially, it will be erroneous to refer to priests as “clergies” — even though we can refer to them as clergymen or clergywomen.

With that being said, suffice it to mention that the act of speaking in an unknown language during religious worship incontrovertibly features the plural noun “tongues” (and not tongue). By the same token, the vast majority of Christians speak in tongues. Meanwhile, I presume that you are not in the category of individuals who affix “h” to the spelling of “Ramadan,” thereby generating the nonstandard variant, “Ramadhan.” Additionally, the act of washing oneself as a religious rite is called ablutions. By implication, the inclusion of the plural indicator “s” is grammatically sacrosanct. In similar style, prayers and other related religious activities are designated as “devotions;” not devotion. As a corollary, “Johnson didn’t partake in today’s morning ‘devotions.'” What is more, a prayer we offer to God to appreciate Him for the meals we eat is grace; it is “said” not “shared.” As such, “Mother has taught us how to ‘say’ (not ‘share’) grace.” Again, it won’t slip my mind to affirm that a supplication to the “ominiscience” and “ominipotent” God to send you a “godsent” is the embodiment of fallacy. The words in quote should respectively read “omniscient,” “omnipotent” and “godsend.” Besides, pay heed to the fact that the word “godsent” is not incorrect outright. Nonetheless, it should only be deployed as an adjective, while the nominal variant is “godsend.” In view of this, your benefactor is a godsend (noun) who should be regarded as godsent (adjective). Let me also add that we serve a covenant-keeping God (not “convenant-keeping”) who is “beneficent” (not “beneficient”).

In conclusion, be mindful of the grammatical reality that what is observed in honour of the deceased is a one-minute, two-minute, etc. silence, and an occasion when the bereaved meet in order to watch over the dead the night before or after his/her remains are interred is simply a “wake,” and not a “wake-keeping” or a “Christian wake.”

Power sector in Nigeria: Time for a complete overhaul

Prepare for the global impact of US COVID-19 resurgence