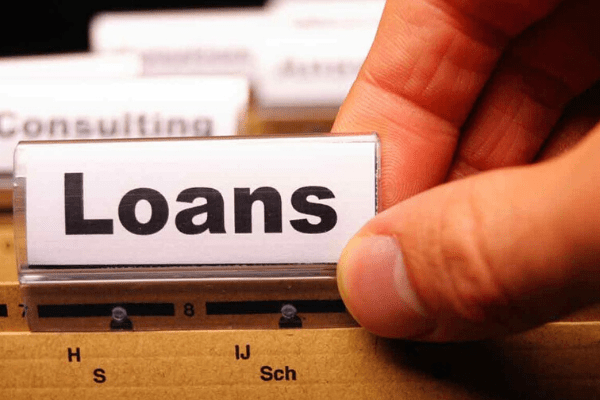 (Fifth in the series of an address delivered at the Rotary Foundation dinner/dance at the MUSON Centre, Marina, Lagos on 8th February 2020)

Olatunji Dare delivered a speech at a Rotary dinner and reminded the audience:

“You will have heard the perhaps apocryphal story of a young man who killed his parents and at trial asked the judge to show mercy because he was an orphan. That trope is the classic example of what is called Chutzpah (hootspah) in Yiddish.  It means overweening impudence, unexampled (sic) temerity, in-your-face brazenness, outrageous effrontery, presumption of the most brazen kind and like conduct.”

Perhaps it was the final straw that provoked “The Guardian” newspaper and Wale Omole, Chairman of the Editorial Board to deliver the following front-page editorial on January 28, 2020. “Why that jumbo loan is evil.”

“This segment of our comment, which began yesterday scrutinises the quest for a jumbo loan by the Buhari administration and to raise questions that demand answers. After the Buhari administration failed to secure approval from the 8th National Assembly for super loan to finance government projects, it waited for a second term in office and strangely a parliament that is beholden to the executive to represent another borrowing request. It is important to note that the 8th Assembly objected as a result of the opaque nature of the request without appropriate paper trail.

However, the request for approval resurfaced at the 9th National Assembly late last year, precisely November 28, 2019.  The government wants to borrow $29.96 billion to ensure implementation, across the country, of key projects under the government’s External Borrowing Plan, 2016-2018, in the areas of infrastructure (including power, mining and roads), agriculture, health, education, water supply, governance and financial management reforms and poverty reduction through social safety-net programmes, among others. The 9th Assembly seems to be saying that the government has now done the needful in terms of appropriate documentation and would consider the request.

The quest for a jumbo loan by government strikes a discordant note with public sensibility. The chase for a loan by a government that has been unable to deliver on its campaign promises for five years on and has barely three years in office raises questions that will require convincing answers. The quest is coming at a time that the government is spending a huge percentage of national income on debt servicing. The country used $252,299.93 and N188, 831,956,580.68, to service the external and domestic debts, respectively as at June 30, 2019. Meanwhile, national revenues in the same period totalled N944.58 billion only.  Its extant external debt obligation is $27.16 billion as at June 30, 2019. Both domestic and external debts combined, the country’s indebtedness stands at a whopping sum of $83.9 billion. This is not a joke, after all.

QUOTE: The quest for a jumbo loan by government strikes a discordant note with public sensibility. The chase for a loan by a government that has been unable to deliver on its campaign promises for five years on and has barely three years in office raises questions that will require convincing answers

Intriguingly, despite warnings from International Financial Institutions (IFIs) such as the International Monetary Fund (IMF) that has prescribed for the government most of its internal measures for upping its revenue, the government appears recalcitrant and exhibiting weird hysteria to go for the loan. Basic arguments of government and those of organic intellectual in its service are: One, that the government is under-borrowed when judged on the basis of debt to GDP ratio which is put at about 19.03 percent and falls within 30 percent sustainability threshold.

Therefore, it is a reason to travel down the debt alley. For effect, they argued that even the United States is the world’s most indebted nation and has continued to borrow. But often in this woolly argument, they forget the timely warning of Noreena Hertz, the author of the Debt Bomb. Speaking about the United States she noted: “The United States maybe the world’s most highly indebted nation, but it can afford to service its loans, for now at least. The world’s poorest countries, in Africa, Asia and Latin America, cannot – because to do so they have to pay an unacceptably high price, mainly at the expense of their poor or sick.”

The second, argument, preposterous in its logic, is that it is better to borrow now and avoid the predictable future spiral in terms of cost of loans and deal with the huge infrastructural deficits in the country once and for all and consequently unleash growth and development.  This argument is dubious for an elite noted for thievery, misapplication and misappropriation of public funds. The ruling elite in Nigeria simply do not have the discipline and integrity to manage such a huge loan even where willing creditors are available to take the Nigerian risk.

Indeed, the appetite of the Buhari administration for external loans is suspect and we are compelled to ask a number of questions. To begin, how much more external borrowing is needful and necessary for the country?  How much is currently being expended on debt service and what will it translate to if the proposed loan is approved?  How much revenue is accruing to the country and what per cent age of it is being used to repay and service existing debt obligations? Of what importance is the borrowing for which approval is being sought? If approval is given, what will the overall national debt profile look like and how sustainable will it be? What positive impact will the loan have on the socio-economic growth and development of the country? Is borrowing this money the only possible and viable option to getting the intended projects and programmes executed? Given past experiences of the country in mismanaging borrowed funds, what guarantee do we have that the story will be different from past experiences? Does the volatility of the oil industry justify borrowing with an uncertain future and impossibility of repayment? Why is the government ignoring the warning from IMF about the country’s rising debt portfolio? Should we not as people sit back and reflect on the unsolicited pointer?

The answers to these questions are obvious to a majority of Nigerians, except of course, those with preference for perpetual self-denial. We have lost the historicity of the financial mismanagement that sent Nigeria into a debt-trap not too long ago. Today, the amount that is being sought, in one fell swoop, is the equivalence of what kept us in debt bondage from which the Obasanjo administration freed the country in 2005.

We are convinced that such jumbo loan over which approval is being sought will land the country on another round of debt slavery. As a consequence, the country will face the problem of repaying huge debts that will have no impact on the wellbeing of the citizenry in a context of a vitiated sovereignty. Need we remind ourselves that when a country defaults, the predictable response of the international financial market is to hedge out the defaulter like a leper. You may still wait for the conclusion of the whole jumbo loan matter tomorrow.

What do Boards really do?