From error to impunity at the Supreme Court

From error to impunity at the Supreme Court 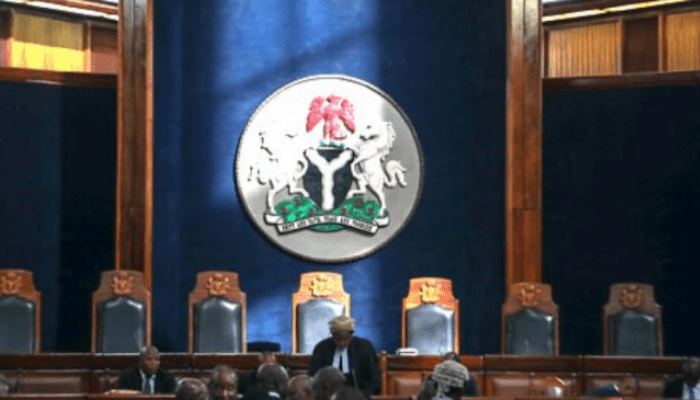 What is the role of the Nigerian Supreme Court nowadays? Under Justice Tanko Mohammed, it is to dispense injustice and then cite a nebulous rule that it cannot audit itself as a rational lie in defence of its missteps and misjudgements. At least so the Supreme Court arrogantly justified its errors and told off the people of Imo State on Thursday 3 March 2020.

The Supreme Court has added impunity to legal rascality and fiction. From writing fictional results that failed to add up on the Imo State gubernatorial race, six justices of the court mounted the high horse to confirm their mathematical illiteracy. They could not even bother to address the substance of the judgement they had passed in January.

Only one justice stood up for the count. Dr Chima Centus Nweke, JSC, could not stomach the hypocrisy and the rubbishing of the Supreme Court by his colleagues wallowing in error. The effrontery of the brazen robbery the highest court committed in January 2020 affronted his sense of justice. He said it was a moral duty of the Court to speak to its error and stand for justice.

Justice Dr Chima Centus Nweze called out Hope Uzodinma, the beneficiary of a judicial heist, for misleading the court to arrive at a wrong judgement. Nweze asserted that there is no evidence placed before the court that Uzodinma satisfied the required spread to earn the declaration of the Supreme Court as the winner. He told his brother justices of the Supreme Court that their error would continually haunt the nation’s electoral jurisprudence.

“In my intimate reading of the January 14 judgement, the meat and substance of Ihedioha’s matter were lost to time frame. This court once set aside its own earlier judgement and therefore cannot use time frame to extinguish the right of any person. This court has powers to override itself and can revisit any decision not in accordance with justice.”

He further declared, “This court has a duty of redeeming its image. It is against this background that the finality of the court cannot extinguish the right of any person.”

Six justices of the Supreme Court in their wisdom stated that reviewing their wrong judgement and poor mathematics would bring the court to ridicule. False. Fear of ridicule and “opening the floodgates to more petitions” has led the Supreme Court and Nigeria to greater ridicule. Now the Supreme Court suffers global ridicule for doing the wrong thing and insisting on error!

As Nweze surmised, “This decision of the Supreme Court will continue to haunt our electoral jurisprudence for a long time to come.”

Sadness walks the land following the misjudgement. Citizens are in shock. Defenders of the existing order are also creeping out of the woodworks.

In a group to which I belong, one defender of this evil gravitated from accusing others of hate speech to claiming seniority in journalism. That was the defence he could offer for the faux pas of the Supreme Court.

Blackmail is another gambit. A journalist turned lawyer alleged that Justice Nweze was “playing to the gallery” with his pronouncements. Oh, Abuja, Owerri and Lagos! Better a justice of the Supreme Court that plays to the gallery but delivers justice than judges who do not play but have their hands on the instruments of injustice and its wrong tunes!

The Nigerian middle class is once again playing the ostrich. Some gleefully trumpet the falsehood that the Supreme Court cannot reverse itself as justification and support for what is clearly brazen corruption in the highest court. The Middle Class of Nigeria pretends that injustice is par for the course. The Bible disagrees and states that only righteousness exalts a nation while injustice brings reproach.

The reproach has commenced in the lumping of our Supreme Court in the global hall of shame for irrational judgements. A Supreme Court that cannot get its sums to add up delivers more votes than voters! No one works harder than the justices of the Supreme Court to denude that hitherto respected institution of its lustre.

Nigeria is at a moral crossroads. Injustice stalks the land. At such times, citizens vote with their moral choices. They choose whether to stand by what is right and just or to not rock the boat. They choose to stand on principles rather than personalities or parties. Where do you stand?

Boko Haram: US declares war on Shekau, places $7m bounty on him