Educational crises: There was a Federal Government College… 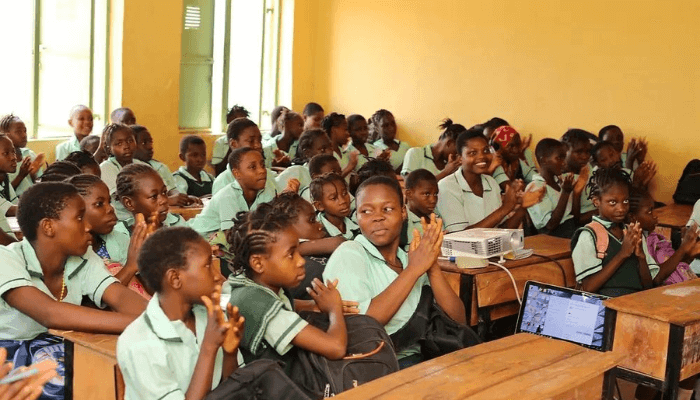 I attended Federal Government College Enugu for my HSC in 1975/77, and this was how I got my admission. About five forms were sent from the State Ministry of Education and the Principal of Awka Etiti High School distributed them to his best five students.

After the entrance examinations, we went for an interview that lasted three days, from Friday to Sunday and which was held at the temporary site at Upper Chime Avenue, New Haven, Enugu. Eventually, I gained admission.

I did not know anybody and my parents did not need to see any minister, director, governor or senator. Indeed, my parents only came to the school once in 1977, when they were seeing my elder brother off to the USA. I was the pioneer Library Prefect and one of my deputies was Obioma Eziashi (now Mrs Imoke), who was then in the same class as Liyel. I did not say that they were up to anything then!

The school had students from all parts of the country and from all social strata of the society. There were many students from the North and I believed that they knew what schooling was all about.

But even then, it was obvious that they were ‘government pickins.’ I had punished one boy for not putting on his sandals and his only excuse was that his government had not sent money to repair his sandal.

I reported the matter to the principal and to my amazement, he asked me to leave the boy alone because the state had not actually sent his pocket-money! I did not find it funny that while my parents provided ‘Everything’ I needed, somebody waited for the state government to repair his sandals!

Anyway, I had three A level papers (Literature, history and Economics, won six prizes on the prize giving day and was offered admission into five universities).

Many years later, I became a father and decided that my child should attend a FGC like I did. My daughter took the common entrance, with Queens College Lagos as her choice. She passed, but that was where the problem started.

Most frustrating was that nobody could tell me what the exact issue was! People were bandying notes from this and that VIP as well as some cash and were getting admitted!

Anyway, I sent her to a wonderful school (Lousville), where she already had admission and where the principal still took her in the second term because of her performance in the entrance examination/interview and my pledge to take her back if she did not meet the up academically.

Read also: 5 Issues we must address now for every child to access quality education

Meanwhile, an acquaintance of mine, a streetwise business man had advised me to provide N40,000 and my daughter would be admitted at Shagamu, though she would be admitted as a Northerner. I blatantly refused. I was confident in my daughter’s ability; paying that kind of money was not in my character and most important, I did not see how I could pass off my own daughter as somebody from Kaduna or Kano, just to gain a FGC admission. As for my friend in question, all his children attended FGCs. And of course after that debacle, none of my children ever took FGC entrance exams again.

What has happened is that hard work is punished while indolence is rewarded and pupils from Anambra for instance are being punished for the efforts of their parents in encouraging them to go to school. Furthermore, boys from Yobe live Anambra, Lagos or Abuja and attend the same school with Emeka or Kunle. So, how do you explain this one-Nigeria policy to the unlucky boy from Anambra, Imo or Lagos? Why should my younger ones from Anambra state be particularly disenfranchised? Why was no affirmative action extended to the boys from the South-East who have all turned their backs on the classrooms in favour of trading? Why won’t the states encourage their parents and children to take schooling serious if they really want to go to school? I doubt if a person who scores 2 out of 200 can write his name and so, will he be in the same class with the fellow who scored 139, taught by the same teachers, write the same WAEC, NECO, JAMB or will there always be cut-off?

Is this politics or education and how can we develop as one nation with asinine policies like this? Segun Adeniyi declares that this sort of absurdity in which a mark of two secure admission for a boy from Yobe while his counterpart from Anambra would need a score of 139 to gain admission into the same can only feed negative stereotypes, breed ill feeling, fuel misdirected anger and help to further divide the country.

In September 1975, I gained admission into FGCE purely on merit. By the time my daughter wanted to enter the same system around 2001, knowing somebody, paying some money and other forms of ‘lobbying’ have become key determinants. In 2013, those who scored 1 percent (2/200) are being admitted into the system. These are evidences of progressive retrogression in our educational system. And I ask: is it the same FGC that I attended that the fellow who scored 1 percent will attend? Indeed, there was a Federal Government College…!

Meanwhile, we have to draw a line somewhere in this sordid policy of appeasement be it in politics, economy, appointments and promotions and now education. The North or those who have challenges should be encouraged, not appeased and for those involved to be encouraged, they have to be willing and ready to take the first steps. After all, as our people say, the person pressed should always lead the way when others are escorting him to defecate in the bush at night! We have introduced nomadic education; we have started almajeri schools and we may soon establish schools for educationally challenged because there is no way you can effectively teach the person who scored 2/200 (1%) and the person who scored 139/200 (70%) in the same class.

Muo is a lecturer and management consultant in the department of business administration, Olabisi Onabanjo University, Ago-Iwoye