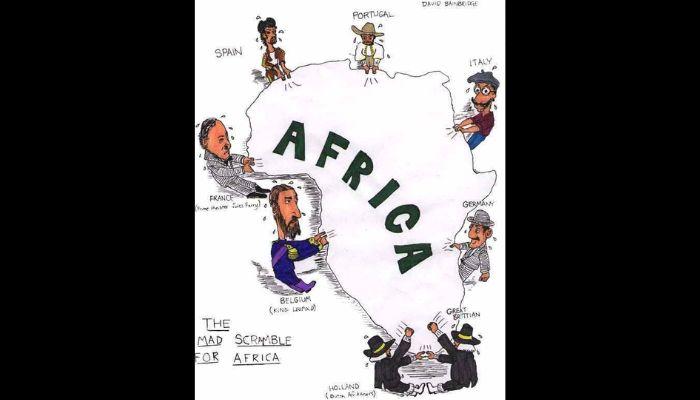 Some years back, an African country unexpectedly lost its dictator, triggering a bloody succession battle between rival factions vying for control.

Peace was only restored when the dictator’s son defeated the rebels and assumed power. His first act in office was to stuff all key state appointments with his family and kinsmen.

His second was to take control of the country’s sole economic lifeline, which was an extremely rare metal that could only be mined in that country.

By controlling the extraction of this natural resource, he quickly became fabulously wealthy and powerful. If this story sounds like something you vaguely remember, that’s because you probably do remember it.

The country was called “Wakanda” and its fictional story generated over $1.2 billion in box office revenue in 2018. Since opening in November 2022, the second instalment of its story has generated over $180 million.

You may also remember several fragments of this story from the real places across Africa where they have played out, including the Democratic Republic of Congo, Togo, Sierra Leone, Liberia, Nigeria, Central African Republic, South Sudan, Angola, and many others.

In fact, the entire geopolitical story of the typical post-colonial African state is basically that of a never-ending struggle by individuals and factions to control its natural resource extraction.

And if you take nothing else away from what I have said today, let me sum everything up in one simple sentence: Africa’s biggest economic factor is and should always be its 1.2 billion human beings who have skills, ideas and productive capacity – not the ‘vibranium’ buried under it

This is what I call “The Wakanda Complex.” I define the “Wakanda Complex” as a state of political and economic consciousness in Africa that places an exclusive and destructive focus on the alleged abundance of mineral wealth under Africa’s soil.

It is what gives the Wakandans their technology. Vibranium even underpins Wakandan healthcare. In the diplomatic space, the sole purpose of Wakanda’s entire international relations doctrine is to control the supply of Vibranium.

In fact, without his special Vibranium suit and the Vibranium-infused drink that gives him superpowers, the “Bleck Pentha” is little more than the Black Pussy Cat.

Now, let’s picture a modern African state – say Nigeria for example – and let’s compare it to this fictional situation.

Like most post-colonial African states, most of Nigeria’s economic and diplomatic leverage revolves around a single natural resource – in this case, oil.

Far from recognising this map as an insult, many within Nigeria’s intelligentsia and political class openly identify with the representation of Nigeria as “38 billion barrels of oil,” since like the fictional Wakandans, many of us believe that it is the “Vibranium” that gives our country value, and not the other way around.

According to this worldview, which some refer to as “African Resource Nationalism,” the primary economic value offered by the African continent to the world is the oil, gold, bauxite, diamonds, natural gas, coltan, lithium, cobalt, nickel, copper and other natural resources buried under it – never mind the 1.2 billion+ human beings that happen to live on its surface.

To highlight how absurd this way of thinking is, remember that the US is now the world’s largest oil producer, having overtaken Saudi Arabia in 2018, but…no one would ever dream of representing that country and its 320 million people on a map using an oil barrel, because – obviously – America is infinitely so much more than just oil wells in Texas and New Mexico.

To many Nigerians and Africans who suffer from the “Wakanda Complex” however, it is perfectly normal and even understandable to spend entire lifetimes doing nothing but jostling and fighting for access to a share of Africa’s allegedly rich mining and extraction pie.

Now in the Marvel Cinematic Universe, which is obviously not bound by real-world economic rules, a tiny African dictatorship which isolates itself from its neighbours has very little interest in global trade or interaction with the outside world, and runs a single-commodity, centrally planned, autarky economy, can – through some unspecified means – somehow become fabulously wealthy, and achieve high levels of technological development. Out here in the real world of course, the inescapable reality is that national wealth is not a function of what natural resources may happen to lie under our feet.

As any economist worth their salt will tell you, none of these resources actually have any intrinsic value whatsoever – on their own, they are objectively worthless. A diamond is just a hard piece of carbon.

Crude oil is just prehistoric underground sludge. The only value whatsoever that these things have is whatever value that the industrial economy – which is primarily located outside Africa – decides to ascribe to them.

In other words, it is the buyers who get to decide how much to pay for these natural resources, and there is no amount of “Resource Nationalism” that will make buyers act against their own interests.

It thus necessarily follows that economies dominated by natural resource exportation will, and can only be poor.

Moreover, unlike Vibranium which could only be found in Wakanda, Africa’s natural resources are neither rare nor particularly exclusive. Africa has oil? Well, sure!

However, the world’s largest oil reserves are actually in Canada and Venezuela. Africa has rare earth minerals like Lithium and Coltan? Absolutely! But the same minerals can also be found plentifully in China and Australia.

Africa has lots of cheap fertile land? You bet it does!

But advances in vertical farming and hydroponics will render even its cheapest agricultural exports obsolete in the century ahead.

Several African countries have diamond deposits? Correct! But a diamond more perfect than anything you can dig out of the ground in Sierra Leone can now be created in a lab.

In fact, a recent study by the World Bank has underlined the sheer size of the gap between Africa’s perceived “resource wealth” – according to the African popular imagination – and the actual material reality of global resource wealth rankings.

The results are as damning as they are clear – the continent whose countries see themselves as standalone Wakanda economies, clearly has neither the resource wealth nor the resource exclusivity of Wakanda. Or anything close to it. In fact, the only reason that mining and extraction take place on such a large scale in Africa is because it is significantly cheaper to extract those resources here than anywhere else on the planet.

Africa is effectively on the bottom rung of the global economic ladder, supplying the industrial economy with cheap primary inputs, while possessing no leverage whatsoever, other than the ability to compete on price.

If Africa persists with this strategy of trying to be a continent full of standalone “Wakanda economies” instead of pursuing economic and diplomatic integration so that we can start trading among ourselves and get some much-needed heat and traction into our economies, our outlook will continue to be exactly what it is today, which is somewhere between completely lost and absolutely nowhere.

And if you take nothing else away from what I have said today, let me sum everything up in one simple sentence: Africa’s biggest economic factor is and should always be its 1.2 billion human beings who have skills, ideas and productive capacity – not the ‘vibranium’ buried under it.