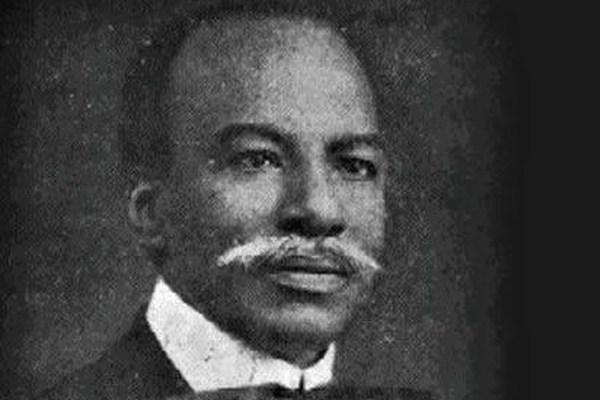 They were contemporaries – scions of important “returnee” families who made good.

In their early professional lives, they were friends, and moved in the same social circles. The circle of educated and dynamic “Saro” Lagosians who formed the elite was not a very large one. As the first Civil Engineer and registered Surveyor in Nigeria, Herbert Macaulay was the designer of Henry Carr’s dream house. They were both upwardly mobile young men, living in colonial Lagos. Carr was an intellectual, a teacher and a civil servant.

Macaulay was of a restless temperament, and after only a few years working for government as a Surveyor of Crown Lands, he was eager to get out into the turbulent waters of private practice and prove himself. He also discovered early a passion for cultivating not just the people of his educational and social status but also the common people on the streets – the market women, the unlettered hoi polloi of Lagos.

As they grew, each to his full stature and began to achieve success and public recognition, they began to hate each other with a passion. It was a most peculiar development.

Both men were Christians, although Macaulay combined his Christianity with Ifa and the secretive knowledge of a “Babalawo” in an unapologetic syncretism.

Each man would rise to become a major figure in Nigerian history. Each would carry a burning hatred of the other to his grave.

“Among all human monsters with whom we have been brought into contact none has displayed the devilish ingenuity of this man,” wrote Henry Carr of Herbert Macaulay. He was “a dangerous mind”. He lacked integrity and was exploiting the Lagos Royal House, the House of Dosunmu, and its principal figure of their times – Eshugbayi Eleko, for his own ends. A crook, a jailbird, and nobody’s hero, according to Carr.

Unfortunately, very few people in the indigenous population of Lagos, their common stock, found themselves able to agree with Carr in his assessment of his erstwhile friend.

Macaulay, known fondly as “Ejo Igboro” (green snake on the loose) for the underhanded ways in which he was able to ferret out secret information from his adversaries in government, tore into Carr, using the ready medium of his newspaper, “The Lagos Report”.

Olayinka Herbert Samuel Heelas Badmus Macaulay, his rival, was no slacker himself. He was born in November 1864 on Broad Street, Lagos. His mother was the daughter of Bishop Samuel Ajayi Crowther. His father founded the first secondary school in Nigeria, CMS Grammar School, and was its first principal

“Henry Carr must go” Macaulay screamed, in banner headlines. He filled the air with salacious, unsubstantiated stories about how Carr’s father had deserted his wife in Lagos to settle in Abeokuta with another wife.

Henry Rawlingson Carr, despite his rather odd name, was born in Lagos in 1863 to Amuwo and Rebecca Carr. His parents were returnee Saro immigrants of Yoruba extraction. His father died when he was aged seven. Brought up by his mother, he attended Wesley School Olowogbowo for his primary education, and Wesleyan Highs School in Freetown, Sierra Leone. Later he went to Fourah Bay College, where he received an Honours Degree, becoming the first graduate of the college to achieve this feat. He travelled to the United Kingdom and obtained a Bachelor’s degree in Mathematics and Physical Science from Durham University in 1882.

Returning to Nigeria in 1885, he taught at CMS Grammar School until 1889 when he joined the Colonial Civil Service as chief clerk and sub-inspector of schools. He rose quickly and in 1900 he became Assistant Colonial Secretary for Native Affairs.

Along the way, he obtained a Law degree at Lincoln’s Inn in 1906.

He was very active on the Board of Education and was Director of education from1906 to 1918. In 1918 he was appointed as Commissioner – later renamed “Resident”, of the Colony of Nigeria, the highest position any black man had ever attained under British Colonial administration. He occupied the position till 1924.

He was on the Board of Advisers of Queens College Yaba and would receive permanent recognition as a major force in the advancement of girl-child education in Nigeria. He was the “architect” of King’s College Lagos and was also on the Board of Igbobi College. Orator, musician, book collector, peerless educationist, distinguished civil servant who attained the greatest height possible in a Civil service career, Henry was a man of many parts. In the Church he was also Chancellor of the Diocese of Western Equatorial Africa, and later became the first Chancellor of the Diocese of Lagos.

Olayinka Herbert Samuel Heelas Badmus Macaulay, his rival, was no slacker himself. He was born in November 1864 on Broad Street, Lagos. His mother was the daughter of Bishop Samuel Ajayi Crowther. His father founded the first secondary school in Nigeria, CMS Grammar School, and was its first principal. Trained in Civil Engineering and Survey in the UK, Macaulay returned to Lagos in 1893 and worked for a few years in the colonial service. He left after five years to embark on a career in private surveying practice and anti-colonial agitation.

He would go to prison, on the same Broad Street where he was born, on two occasions, sentenced for perjury and sedition. On that basis, he was disqualified from holding political office, and could only be a “godfather”. He would be painted as a liar, a thief, a cheat and an agent provocateur by the colonial authorities. He would, on the other hand, be wildly adulated by the citizens of Lagos and hailed as the avatar of Nigerian politics and the first Chairman of the National Council of Nigeria and Cameroons (NCNC), a party that would be a major player in Nigeria’s independence.

So – who was Henry Carr, the high-achieving man of many parts who broke the glass ceiling in Colonial Civil Service, or the colonial stooge much despised and disparaged by Macaulay?

And who was Herbert Macaulay – the father of Nigerian nationalism, or a “monster of devilish ingenuity” as described by Carr?

Why did the two “Lagos boys” hate each other with such passion? Was that the beginning of the war between Politicians and Civil Servants in Nigeria?

When government goes for broke