CSR – Not Charity: The Nigerian corporate’s guide to becoming indispensable 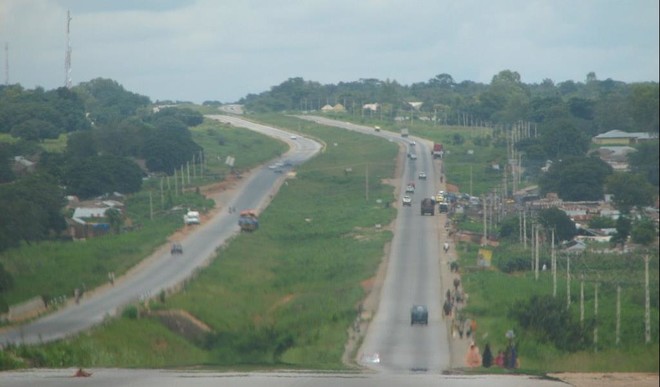 A few weeks ago, during a sleepy weekend stopover in the Federal Capital, I took the “crazy” decision to go on a solo hike through rural Kaduna – or at least as far out on the notorious Abuja – Kaduna expressway as my driver dared to venture. The limit of my adrenaline-fuelled bravery turned out to be barely 30KM into Kaduna, but that was far enough for me. There, in the sleepy Tafa district of Kaduna State just off the highway, I happened across a tiny community that I would end up spending the rest of the day in as I learned something fascinating about it.

Gbakura is a tiny village with a mix of semi-modern and plastered mud houses. It looks like just another one of thousands of unspectacular rural areas across Nigeria, populated by subsistence farmers and people who appear completely cut off from the nearby economy of Abuja. In the centre of the village, the bright yellow and green school building provides a stark contrast to its inauspicious surroundings. Directly opposite the recently built school block stands an abandoned, dilapidated block with caved in roofs and weathered walls.

As I found out from a teacher at LGA Primary School Gbakura, the building I saw falling apart was the original school built by the Kaduna State government in the 1990s. The new building was constructed in 2011 by a tobacco processing company with a factory located nearby. The same company also constructed a borehole for the village. That hardly raised an eyebrow, but what she said next did so.

According to her, the same company – Leaf Tobacco & Commodities Nigeria, a subsidiary of PanAfrican Tobacco Group Holding – regularly supplied teaching and learning materials to the school and provided uniforms and footwear for the students. To my obvious amazement, she revealed that the company ever paid the teachers – already earning a regular monthly salary from the Kaduna State government – a monthly stipend for being there and doing their job.

On the way back to Abuja, I thought about why on earth a tobacco processor with a factory in Kaduna would be so invested in helping poor kids in its host village. Sure it’s a nice-to-have, but why would it justify setting aside money to fund such an apparently never-ending CSR engagement? What did it stand to gain?

When I put the question to Toyosi Akerele-Ogunsiji, a mentor of mine, she pointed out that a good CSR strategy in the context of Nigeria is one that meets the targeted community at their point of need. More than just building schools and sinking boreholes, a really effective CSR strategy is one that leverages emotions and provides hope for the future. Whereas many corporates simply make donations that hardly make a dent in the wider problem, the real CSR trick is to provide communities with skills and education that they can monetise and develop on their own.

Rather than just donating computers to schools for example, a telecoms company may plug its CSR strategy into a program to prepare students at secondary and tertiary level for the future of work including AI, robotics, data science, machine learning, IoT and blockchain technology. In so doing, it will eventually insinuate itself so deeply into the social fabric of Nigeria that it would become effectively indispensable. This would help protect it from the dangers of being spotlighted as a “predatory investor” – an accusation that is especially familiar to foreign companies.

See government for what it is – not what it should be

While many would disagree with Ayittey’s theory behind the state of African governments, the description of this condition not in question. A large number of things that should be done by the government are never done, sometimes because the government is simply overextended. As a result of insufficient resources, many schools are never built, much basic infrastructure remains in the realm of electoral promises, and people grow up used to the concept of having a “government” only in the loosest sense of the term.

Under these circumstances as a corporate, while fighting to keep your business interest going in the face of challenging economic circumstances and an uninterested (at best) government, it can be tempting to leave community stakeholders to their fate. You are after all, not their government – CSR is not your core business function, and it is not ideally supposed to substitute for government involvement. Nigeria’s reality however, dictates something different.

In the case of the little school in Gbakura, while the Kaduna State government did make a token effort to provide learning facilities and manpower, the quality of the facilities and the motivation of the manpower was questionable as outlined earlier. The CSR strategy to fix this situation went beyond merely providing facilities and resources. The company in question actually placed the teachers at this school on its monthly payroll, augmenting their government salaries with a stipend to boost their motivation and make them that bit better at doing their job.

Ideally, a corporate should never have to place a government employee on its payroll just to enable them do their job – a job with no immediate or direct profit to the funding entity. Nigeria however, is not an ideal operating environment and it serves everyone best to deal with it as it is, instead of as we want it to be. Ultimately, when those kids grow up to become more productive members of society than their parents through these CSR efforts, the entire economy – including the corporate concerned – will benefit.

As a teacher in Gbakura told me while on her lunch break, that school embodies the hopes, dreams and aspirations of the community. Without it, she said, those kids had no other way out of there. For Nigeria’s sake and for the economy’s sake, we need to do whatever we can to make more of Nigeria’s future population able to compete.

Government or no government.