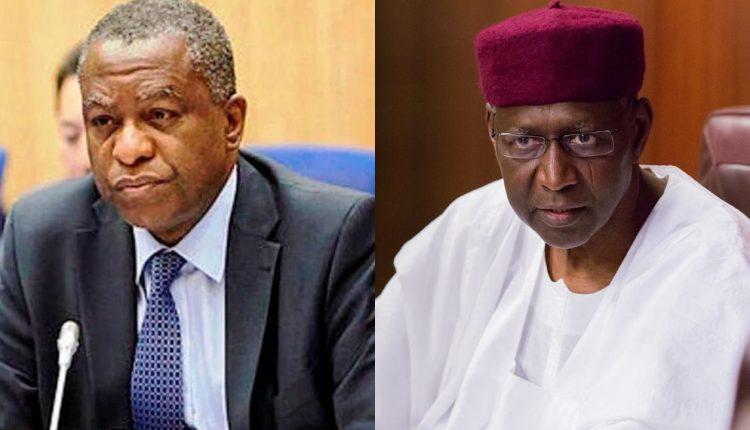 In my article, judging the parts from the whole which centred on the life of the former Chief of Staff, late Abba Kyari, I did promise to write some relationship lessons from the tribute of Geoffrey Onyeama, the minister for foreign affairs.

Geoffrey Onyeama was the first person to publicly eulogise Abba Kyari following his demise to the cold hand of death. He, without mincing words, wrote generously about his late friend and extolled the value of the 43years old friendship he shared with Abba. His tribute has many relationship lessons for all and sundry, especially in this age where your network determines your net worth.

In one of my online seminars focusing on how to sustain mental health and balance at this time, I have used the word relationship as a vital noun that link many aspects of life-finance, career, marriage and other callings together. The dictionary defined relationship as to how two or more people or things are connected, or the state of being connected. A relationship has varied meanings and forms ranging from those between family, spouse, ethnic groups, nations, and business organisations.

The relationship between Abba Kyari and Geoffrey Onyeama is legendary. Abba will forever live in the life of Onyeama till he breathes his last given his tributes and the emotional connection he must have developed with Kyari.

Having a good relationship is key to surviving and even succeeding in any area of human endeavour. It is like the silver-lining that could make or mar our efforts as well as the bedrock upon which our emotional and mental state rest. Take a supportive relationship out of many human equations, and you will see life becoming meaningless to people. Life is ignited on a healthy relationship, be it at work, home and elsewhere. The agitation for self-determination by some tribes in Nigeria is due to failed or overburdened or mismanaged diversity among the federating nations.

From Onyeama’s tribute to his beloved friend, late Abba Kyari, here are few of the relationship lessons to learn.

Geoffrey and Abba met in 1977 at Warwick University, United Kingdom. They might have been attracted to each other because they are compatriots. However, religion is a major dividing factor in Nigeria. But these two friends, possibly due to their education and perspectives, became friends with mutual respect. Abba ensured he handed over Geoffrey to some safe hands when Geoffrey moved to Cambridge. For anyone to keep an enduring relationship, religion must be private and respected. If Abba or Geoffrey have been myopic on religion that is common nowadays, they will not have been friends long enough to maximise the mutual benefits available in their friendship.

A critical lesson is that a relationship can be birth in any circumstance. Abba and Geoffrey’s relationship with a history of 43years were birthed in an academic environment. Your most trusted relationship could start from the office, or social events or an unusual place like a police station.  The key to starting and keeping a mutual connection is to respect each other’s religion. Abba was Geoffrey best man and his first son’s godfather. By implication, he was open-minded to have nothing against being in the church for his friend. This is not rare but scarce given what Boko Haram stands for, its effects and the disposition of some political leaders in Nigeria, especially where ethnicity and religion are guiding appointments into public offices against the dictates of the constitution and national unity.

The second lesson is to develop along with your relationship. Imagine Abba was the one who mentioned Geoffrey Onyeama’s name as a nominee to the President. Would he have been appointed and saddled with a portfolio like foreign affairs without requisite experience and qualification? The answer is capital no. We must develop with our relationship not to be left behind or limit the benefits it could offer in the future. The starting point is to intentionally go into relationships that could support you in your development and that are relevant to your aspirations. Personal development adds values to relationships if growth as joint and deliberate. You will always see lions around lions not among sheep except during hunting expeditions. So, it would be best if you deliberately build relationships with people going on the same journey with you. This doesn’t mean you should abandon people who are either not on the same route or page with you.

I have posited it severally in my coaching engagements that relationship is like a rubber band. A rubber band is flexible. It can be stretched to some limits, but if overstretched, it has no choice than to break. What destroys most relationships is the divergence of inputs and outputs. Geoffrey made a lot of sacrifices in return to Abba’s efforts in the last 43years. For every visit, or event, there are mutual sharing of thoughts, holidays, felicitations, or condolences between them. Abba will make it a task to visit Onyeama whenever he is in Nigeria from his base in Switzerland. He travelled vast distances to attend to his friend’s wedding in Ondo state, followed by a foreign trip for child dedication where he was the godfather. Sacrifice in a relationship no matter how unequal it might be is symbolic, without which the elastic rubber of the tie will be loosened. In any friendship, there is something to give. It could be moral, emotional, or financial support in time of need. The essence is to be able to count on the other person as well. I have seen great friendship destroyed simply because one party has an entitlement mindset and see no need to make a sacrifice for the other even if they can. There is no one that has nothing to offer in return for a good deed.

Communication is critical for enduring friendship and relationship.  Regular contact helps build bonds, but no matter how irregular it is, it must be mutual and connected to create a memory of friendship. Geoffrey and Abba share a socialist idea of a society which reflected in their discussions of politics and policies since 1977. The centre point of communication is to find what both parties have a mutual interest in and explore ways of doing things along the area of common interest. Without connection, a relationship is like a train that will never leave the train station because the track to ride on has long been removed.

Assumptions are the termites of relationships, according to Henry Winkler’s famous quote. To keep a relationship the way Abba and Onyeama did requires the ability to identify the similarities and the differences between both parties. The similarities are the strengths of the links and must be intentional nurtured to increase bond and mutuality. The difference is the tiny line, the terminates known as the boundaries. No relationship will survive if the boundaries are not identified and respected. The limitations could be religion, beliefs, culture, and some multitude of habits and routine. It is the personal space that must not be invaded and disrespected for the relationship to thrive.

For every relationship that must stand the test of time, just like a rubber band, must not be stretched beyond the boundaries. There are many benefits from a well-nurtured and long-aged relationship if it is mutual, neutral, and with respect for individual differences. These tenets of enduring relationship span beyond individuals, they are what keeps nations, continents, associations, and any diverse groups together and sustain the mutual benefits of working as united mindsets to maximise the future.

Geoffrey and Abba appreciated the diversity between them, made mutual sacrifices, communicate positively, hilariously, and purposefully, and respect the boundaries between them. Let’s apply this to ourselves and the process of building a united Nigeria where opportunities will be for all irrespective of religion and tribe.