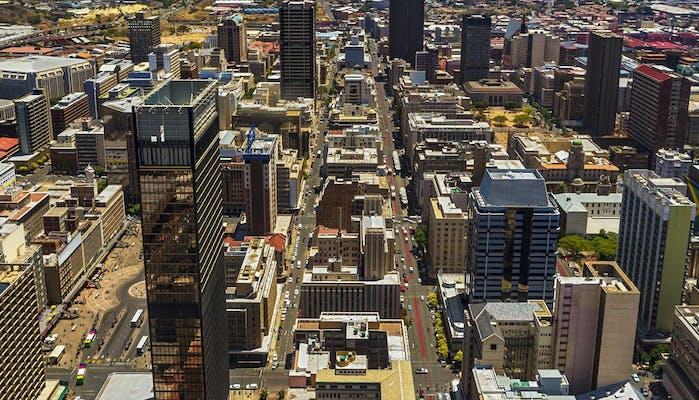 Before I get started, I must first of all clarify that this is not an “Africa Rising” article. As I am sure we have all figured out by now, the entire ‘Africa Rising’ narrative was a castle built on beach sand. It was merely ‘Commodity Prices Rising,’ and once they fell, well, you know the rest of the story. In many respects Africa is actually nosediving if anything, led by the unprovoked implosion of Nigeria and South Africa, its de-facto economic leaders.

Even before the COVID-19 pandemic and the subsequent lockdowns and the economic carnage they generated, Africa had been on a steady downtrend for close to a decade. Political instability, dipping commodity prices, unreal youth unemployment levels, civil conflicts and a continued absence of a supranational trade and infrastructure strategy had seen a billion of the world’s youngest people completely fail to catch any sort of economic wind.

Despite this however, Africa somehow consistently manages to keep chugging along without experiencing the sort of total and absolute civilisational implosion that really ought to have happened by now. Nigeria is now one of the world leaders in conflict death, but as I sit here in my Lagos apartment writing this article, said conflicts could as well be in New Caledonia for all the influence they have on my life.

There are several African countries that would qualify as ‘failed states’ by global standards and yet somehow they never actually fail in a visible and irreversible manner. What is responsible for this and why do I think this presents an unprecedented opportunity for humanity?

With leaders like this, Africa’s vast youthful economic breakout will continue to be stunted and delayed, but the good news is that they are getting older

Other people have been where we are

Some weeks ago, I had the opportunity to sit down for a long chat with an investor who has businesses operating in Nigeria. I wanted to know – why did he even bother? Adversarial, illiterate government led by people who have never produced 1 kobo of value in their whole lives, an ignorant, undereducated population that lacks globally useful skills and only has enough disposable income for food, shelter, phone airtime, soap and toothpaste – why would an investor with international links and aspirations of growth even both with a big-for-nothing mess like the Nigerian market?

His answer was simple – “You guys just need to open up.” He told me that as abhorrent as I might find Nigeria’s present situation, other countries have been here too. India, he mentioned, was exactly where Nigeria is right now, back in 1990. The country was a dirt poor, overregulated, pseudo-socialist mess led by a government of price-control-subsidy-and-inshallah merchants. It had a regulated rupee exchange rate with vast divergence in the parallel market, and it had run out of forex reserves to meet its import bill.

The step that India took to fix this, however, was precisely the step Nigeria is doing everything in its power to avoid taking. Indian Prime Minister Narasimha Rao led a program of pro-market reforms and deregulations that took India’s plethora of business regulatory bodies from over 80 to just 5. He liberalised the FX market and stopped spending forex reserves to “defend” the rupee. The result was that in just 6 years, India became one of the world’s hottest destinations for foreign investment, business process outsourcing and talent recruitment.

The rupee-USD exchange rate rose far beyond what it was when the government was still “patriotically” wasting USD reserves to “defend” it. Today, India – which proportionally was more or less equal to Nigeria in 1990 – is no longer Nigeria or Africa’s proverbial mate.

It is a country that is able to go head-to-head with China and hold its own economically and diplomatically, because such fearsome capacity has been built inside its economy within just 30 years of implementing Rao’s reforms. All that Nigeria and the rest of the continent needs is the political will to break permanently from our nonsensical pseudo-Marxism and practise capitalism.

According to this investor who shall remain unnamed, there is a recognition in global economic circles, that Nigeria and Africa are not in fact hopeless basket cases. If African countries would implement these reforms he says, investors are willing to put their money down and wait for the poverty to abate as increased trade volumes bring heightened economic prosperity.

Yes, he said, Nigeria’s addressable market is tiny and most of Africa’s market cannot afford anything more than N70 noodles and N100 soda – but 1 billion of you still exist. If that 1 billion can be arranged in a way to become twice as economically productive as they currently are – which on a per capita basis is not by any unachievable – that is an extra $1 trillion worth of value to be had.

My interaction with this fellow is typical of interactions I have had on several occasions with other similarly connected people. Dr. Richard Ikiebe of Pan African University once described Nigeria as “the world’s biggest black market economy.”

In his words, Nigeria has not collapsed and is unlikely to collapse in the economic sense because a tremendous amount of productivity and entrepreneurial vitality exists in the off-book private sector. In his words, no matter what difficulty Nigeria presents, Nigerians know that if they balance a tray filled with “pure water” on their heads and hawk it in the streets, they will survive. They won’t live well, but they will survive.

That entrepreneurial energy and complete lack of expectation from their government is obviously an enabler of bad governance, it must be said. It is also however, a huge opportunity for growth provided the right policies are put in place. This is however, where the problem is – leadership.

Africa’s leadership is made up almost entirely of people who have never known what it means to be productive. In the world they inhabit, the economy is not an all-encompassing entity that must work for everyone. It is rather a sweet cake that must be attacked and divided up by the state for the benefit of those in and around power. The idea that the economy must be superior to the state is simply not a popular one in African leadership circles.

Nigeria for example, is led by an individual who has never worked a day in the private sector in his entire life, and who has lived exclusively on political appointments for the past 45 years – what would he know about productivity? Why would he care? Over the past 5 decades, he has gone from 3-time coup plotter to state governor to petroleum minister to head of state to PTF chairman, and finally to President – failing at each job and each time being handed a bigger one afterwards.

With leaders like this, Africa’s vast youthful economic breakout will continue to be stunted and delayed, but the good news is that they are getting older. Inevitably they will become extinct and the question will then be about whether the replacements are more productive-minded than their forebears.

Frankly, I do not know.

The massacres will eventually go round

For leaders only: gut or intuition

A nation in turmoil, a president who doesn’t speak often & giving the monkey a…

A near-death experience and my Nigerian epiphany