The Dark side of Nigeria’s mobile phone surge 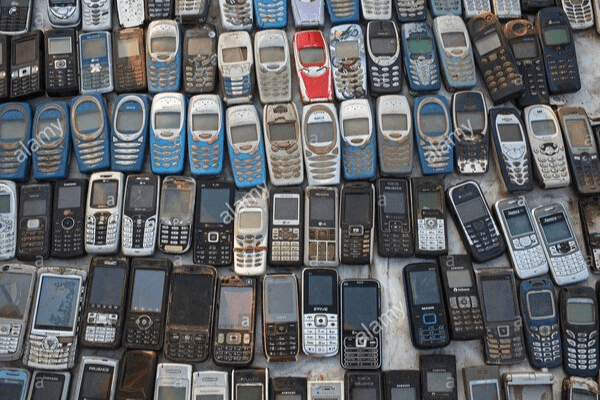 It was almost midday and there was an obvious smile of excitement on Chigozie Okonkwo ‘s face, as he walked through the streets of Ikeja looking for a buyer for his phone.

Okonkwo had just bought one of the premium phones in 2017, and selling off the previous a 2015 model was a priority at that time, as BDsunday tried to grab his attention.

“I’ve been coming to this place for almost six years now, to exchange my old phone for a premium, another used phone of not more than 2-3 years, since I couldn’t afford it at the time it was launched,” he said

When BDsunday asked Okonkwo if he was aware of what happens to the other phone he is trying to sell or the ones he has sold in the past, he shrugged,“Somebody else will buy it,” as he continued his search to get a good price to a buyer.

Since the telecommunications sector was deregulated 1999, a number of phone brands have made entry into the Nigerian market. Today, Nigeria is Africa’s biggest phone market and there is hardly a household without a phone.

A recent report by Twinpine describes Nigeria as the most “mobilized” country in Africa.

According to Statista Nigeria in the first quarter of 2019 has over 20.5 million users and it is expected to reach 23.3 million soon. But the phones surge comes with an environmental burden.

The US Environment Protection Agency in a report revealed that cell phones have a shorter life span than any other major consumer electronics: 1.5 to 2.5 years, compared with 3 to 8 years for an LCD monitor, or 3.3 to 4 years for computers.

“We import used phones because the Europeans tend to use a phone for only about 18 months, or a staggering 12 months — long before the five year lifespan the devices have on average.” Issac Nwosu a small-scale gadget trader and repairer in Computer village told BDsunday.

“Every year, cell phones manufacturers’ releases at least an average of two different models of phones, but Nigerians prefer buying the used phones due to the cost.”

A member of Computer and Allied Product Dealer Association of Nigeria (CAPDAN) who pleaded anonymity confirmed to BDsunday that Nigeria is a hotspot for used phones especially feature phone because of the population.

“We go to Europe, Asia, North America, especially London, Belguim, France, US and Canada looking for cheap used phone to import to Nigeria some are mostly dead by the time they arrive here.”

A United Nation University two-year study into Used Electrical and Electronic Equipment (UEEE) revealed that thousands of tonnes of e-waste is shipped illegally to Nigeria inside used vehicles especially mobile phones because of the size.

The researchers carried out a test on imported electronic and found out that out of 100 tested, 50% were not working. 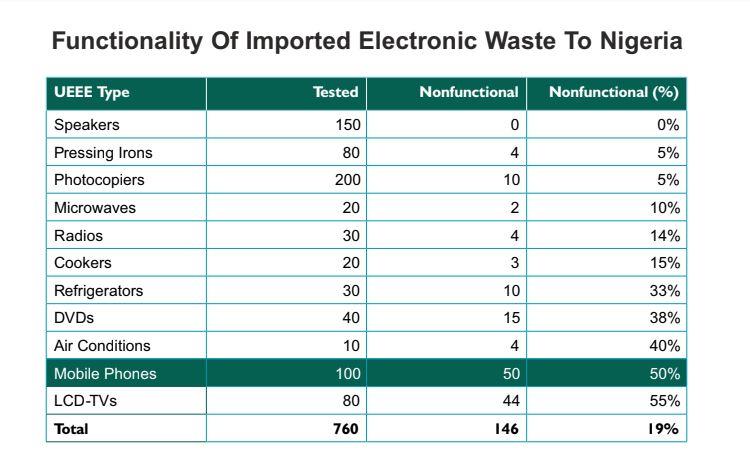 An Environment lecturer from Delta State Polytechnic Morka Samuel told BDsunday that  the economy and choice of consumers for used phones makes Nigeria very attractive, but importers of these items amazingly, know little about them and the heavy impact they are having on our environment. 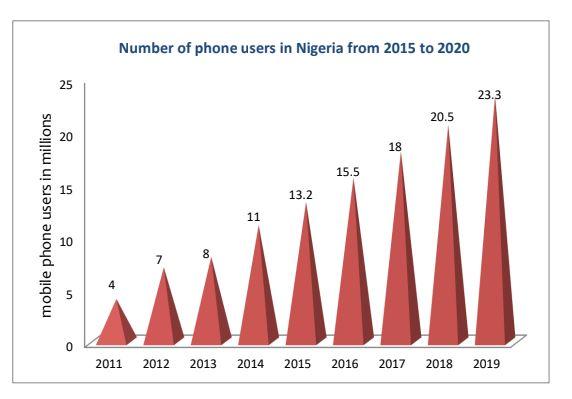 In one study published last year, 34 recent mobile phones were put through a standard Enviroment Protection Agency test in US that simulated conditions inside a landfill. All of them leached hazardous amounts of lead — on average, more than 17 times the federal threshold for what constitutes hazardous waste.

While Nigeria seem to be paying increasing attention to general electronic waste, a hope of finding a solution, sounds a bit rosy considering the continuing growth of mobile devices, especially in markets like Nigeria.

Morka further explained that scavengers and scrap dealers recover value from the E-waste using crude methods, which result is harmful to themselves and the environment leaving a toxic imprint on the environment.

“Some Nigerians have the habit of keeping bad mobile phones hidden away in their homes, hoping to get them for repair one day, but never did, some for over 5 years; unaware of the risk they pose themselves and the environment”

A study carried out by environment researchers in US confirmed trace of toxic metals, nickel, cadmium and brominated flame retardants from used phones or abandoned in household have accumulated to dust in food.

Where do your old cell phones go?

Morka explained that mobile phones pose a serious burden on the environment, gobbling up power and precious materials before heading to landfill. In Nigeria most of the used phones ,after they totally out of repair end up in the rivers and soil, where they  contribute to cancer, damage to the nervous system and to brain development especially in children.

According to the International Labour Organization, up to 100,000 people work in the informal e-waste recycling sector in Nigeria, collecting and dismantling electronics by hand to reclaim the saleable components including mobile phones.

The waste with no economic value is often dumped or burned –releasing pollutants including heavy metals and toxic chemicals (including dioxins, furans and flame retardants), into the air, water and soil.

While the true amount of overseas-generated waste landing in Nigeria is hard to quantify, United Nations University research has revealed more than 60,000 tonnes of used electrical and electronics equipment are shipped into the country annually via Lagos ports alone, with an unknown amount imported over land routes from neighbouring countries. More than 25 per cent of this is dead on arrival – heading straight to dumps for dismantling.

A UN report, published in February, highlighted the extent of the problem, revealing that 50 million tonnes of e-waste is produced each year.

Recently the Nigerian government, the Global Environment Facility (GEF) and UN Environment recently announced the launch of a new $15 million initiative to turn the tide on e-waste in Nigeria this followed the launch of Hinckley Recycling the first e-waste company in Lagos, however experts believe the major problem will be sensitizing Nigerians.

The Economy Benefit of Mobile Phones

Why there is no available data on mobile e-waste generated, and Nigerians’ habit to tuck away their old bad phones in the house, Nigeria might be losing billions of dollars from recycling of old mobile phones, as there is much to be recovered and re-used.

Environment Recycling Agency in US revealed that an average mobile phone contains about 300 mg of silver and 30 mg of gold.

Nigeria currently has an average of over 23 million mobile phone users, if Nigerians were to change their habit on how old phones disposed when added up to; the two metals alone are worth more than 10 billion if properly recycled.