…accesses only 3% of global climate fund 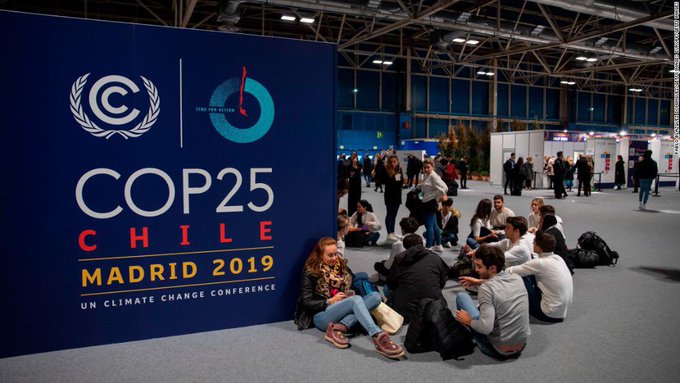 Despite accounting for less than 4 percent of global carbon emission and most vulnerable in terms of the impact of climate change, Africa still accesses very little of climate finance meant to adapt to changing climate risks.

The African Development Bank (AfDB) has attributed this to the continent’s inability to present itself as a business case with opportunities to attract climate finance.

“We are a continent that has what it takes to create the Africa we want. I believe what has been the missing link is the ability to brand right and act on the market signals,” Anthony Nyong, director -climate change and green growth department at AfDB said during the Africa Day side event at the ongoing Madrid conference – COP25.

“We continue to present Africa as a vulnerable case and not a business case with opportunities. Were we have attempted the later the result have been on spot,” Nyong who is representing Akinwumi Adeshina, president of the bank said.

He says the continent was able to attract 52 deals worth $40billion investments within three days during the 2019 Africa Investment Form because it presented itself as a business case with opportunities.

He added that Africa can only deliver climate action urgently and at scale when it adopts the business model.

“The entire ecosystem model at national and sub-national levels has to be mobilized to remove the snags that block capital flow,” he said.

Currently, at the Madrid conference, the continent is demanding a fair share of global climate change finance to support adaptation and full implementation of Article 6.2 of the Paris Agreement.

Environmental Ministers of various African countries complained that they are yet to receive the climate finance promised by rich countries and whatever was made available through international bodies was very difficult to access.

“Africa is the continent that is most vulnerable to climate change impact and the least contributor to emissions,” said Barbara Creecy, chairperson of the Africa Ministerial Conference on the Environment (AMCEN) at the side event.

“Yet, we do not get enough finance for climate adaptation. We believe that ambition for action must be matched with ambition for response,” she added.

A UN study says Sub-Saharan Africa would need an estimated climate adaptation finance of around $50bn (£37bn) annually by 2050.

Ferzina Banaji, a spokesperson for the World Bank, says that the global bank group has announced a five-year financing plan of $200billion to support countries to take ambitious climate action.

She said 70 percent of the fund which will commence in 2020 will go for climate adaptation and mitigation projects in developing countries.

Other key issues apart from climate finance that is key for Africa negotiators at the ongoing COP25 are land and damage and the full implementation of the Paris Agreement by developed countries.

Yasmine Fouad, Egypt Minister of Environmental Affairs representing the African Union chair at the event called on developed countries to fulfill their obligations of the pre-2020 period and provide the obliged $100bn annually in financing combating climate change, according to the Paris Agreement and the United Nations Framework Convention on Climate Change.

Currently, negotiations and discussions are still ongoing as developed and developing parties are yet to reach agreement on critical outstanding issues.