Dying in instalments: How a polluting company was pressured to reform (Part 4)

One year after the first article in this series detailing how a lead recycling plant in Ogijo, Ogun state polluted soil, air and water sources in the community lead the ban of imports of recycled lead from Nigeria into Europe, this follow-up report highlights how the company has been forced to clean up the environment 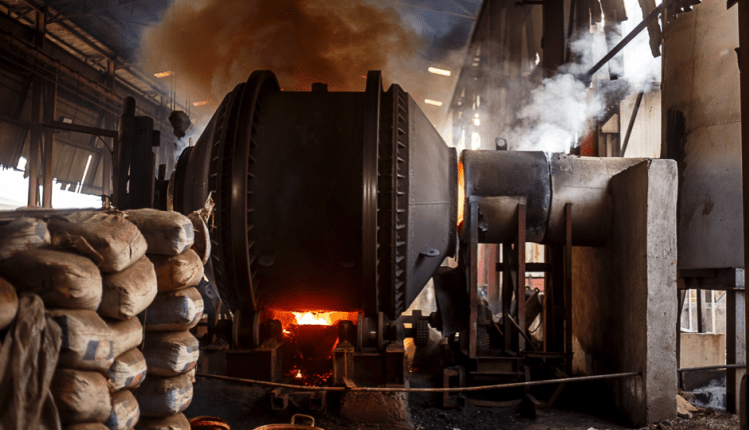 One year after the first article in this series detailing how a lead recycling plant in Ogijo, Ogun state polluted soil, air and water sources in the community lead the ban of imports of recycled lead from Nigeria into Europe, this follow-up report highlights how the company has been forced to clean up the environment writes ISAAC ANYAOGU and PETRA SORGE.

They were all gaily dressed sitting under the shade of three canopies; some took up a song intermittently accompanying the alluring rhythm of a talking drum. There was food and drinks and their radiant smiles seemed quite out of a place in a community that had always known abiding pain.

It is a ceremony to mark the installation of a 500KVA transformer by Everest Metals Ltd for residents of Ipetoro and Ewurukun community, in Ogun State, an hour away from Lagos. For the company, this is both a demonstration of contrition and a public relations ploy.

On October 23, we accompanied a team comprising officials of the environmental non-profit, Sustainable Research And Action For Environmental Development (SRADev) and the government agency in charge of enforcement, the National Environmental Standards and Regulations Enforcement Agency (NESREA), to visit Everest Metals recycling plant to confirm claims of improved processes after a hard-hitting investigative piece last year exposed how the company’s operations was polluting the environment.

Tests confirmed that many in the community had high levels of lead in their blood. At above 5 micrograms per deciliter, the US Centre for Disease Control (CDC) regards it as a reference level for lead poisoning at which it recommends initiating public health actions.

Prior to this visit, we have kept in touch with the community for a year tracking what has changed. The installation of electricity transformer that day was one of such overtures by the company including a medical outreach to the community.

Relations between the company and the community have improved. Last year, it seemed as though the dictionary didn’t have a word bad enough to describe the company. Some of the terms used to describe the Indian owner were not suitable for dinner table conversation – even if drunken sailors were dining. One year later, this same people are leading efforts to help save the company.

“Please do everything possible to support Everest, the managing director, Vikas Das said the report you wrote have seriously affected the company, and many workers including community members are at risk of losing their jobs, please help the company in any way you can,” wrote Noel Rufus, one of the community leaders who only last year came a short crawl away from accusing the company of mass murder.

The price of change

Since our first publication in Nigeria on December 14, 2018, the fortunes of the company and the lead industry in Nigeria have taken a hit. The European Union has banned imports of recycled lead from Nigeria. European car makers have had to find other sources for lead inglots impacting an industry worth millions of euros.

The Nigerian government that had hitherto been unwilling to proactively regulate the sector and whom its officials are accused of receiving kickbacks from operators to circumvent its own regulations, was jolted into action after the publication, because it was hit where it hurts – revenue from exported lead to Europe thinned.

The ban of lead exports from Nigeria cut off a chunk of revenue the ministry of Environment makes from granting licence to exporters and to Customs from processing containers for exports. More importantly it casts an uncomfortable searchlight on Nigeria’s failure to meet its commitment on managing harzadous waste under the Basel Convention.

“Since the story, we’ve had to complete compliance with European Union standards,” says an official in the ministry of environment who shared a list of compliance form the European countries were now asking to see before they resume business with lead recyclers in Nigeria.

The government now insists that operators must joined Extended Producer Responsibility programme which compels importers of hazardous waste to manage the product throughout its lifecycle to the market. NESREA has also stepped up monitoring and enforcement even though, investigations shows more needs to be done.

For Everest Metal, the company’s revenue which was already in dire straits before the article was published further took a beating. Its European market responsible for 70 percent of revenue was cut off. Facing certain economic ruin, the company began shopping for new markets in China and India. Nothing compels a company to behave better than when profits are threatened.

“We are suffering since last year,” Vikas Das said “We have lost our key buyers and we are looking for new buyers. Our buyers say you must rectify your systems and keep it at standard level before we can buy from you again.”

Prior to conducting us round his improved factory, Das said the company has invested millions of naira to improving the facilities. The battery recycling activity is done farther away from the community. Acidic, waste water from the recycling process are now sent through pipes to an Effluent Treatment Plant to be collected and processed, rather than drainages in the community. Workers handling dangerous processes wore Personal Protective Equipment (PPE).

However Andreas Manhart, a senior researcher at Oko Institute, an environmental think tank, after accessing pictures and videos of the factory said much work still needs to be done. When the fume hoods over the furnace was turned on, suction was still not at full speed indicating that filter dust will still contaminate the air. Slags were lying around and being toxic, they should not be stored in the open but used for floor tiling within smelters.

Batteries are still being broken manually, “This is dangerous,” says Manhart, “Ideally, they should have a closed machine for that,”

According to Manhart, proper practice requires workers be provided with fresh working clothes every day. Showers and a well separated change room is needed on site. Eating should only be allowed in well separated canteens which must be kept clean and workers should be mandated to change clothes before taking meals. Free drinking water should be provided as drinking a lot of water reduces lead uptake. Workers manning the furnace require blood tests at least once every 3 months.

Leslie Adogame, executive director of environmental non-profit SRADEV said there was a marked improvement from where the company was last year.

“As at the time we conducted the first soil samples the company didn’t seem to be interested in following best practices, but it is obvious they are making serious efforts to improve their practices, they have also asked for our help to make their operations safer,” says Adogame.

These modest improvements have come at a financial cost. Das said the company has spent over $100,000 on remediation activities in the community and have also spent over $50,000 on health and other community activities including installing a transformer and health outreach programmes in the community. In addition to the transformer, the company also provided 100 electric poles, cables and paid for installation.

“I am also inviting officials of the ministry of environment next year to inspect our facilities and advise us on where to improve further,” said Das.

This investigation was supported by the European Centre for Journalism and the Bill and Melinda Gates Foundation.

Buhari to bandits, kidnappers: retrace your steps or face consequences

INVESTIGATION: Coronavirus is the killer, PPE shortage is the catalyst

LEFT TO SUFFER (IV): Reporter’s Diary: A Journalist’s Self-Immersion In The Pains…