You need to active Javascript on your
BusinessDay Investigation,Exclusives,LEAD STORY Apapa,Customs

The Nigeria Customs Service (NCS) has recreated the misery and frustration already established at Apapa, Nigeria’s busiest port, at the reopened Ikorodu Barged Lighter Container Terminal which ought to provide a viable alternative for the movement of cargoes, reduce container congestion and eliminate logjam within Apapa Port arena.

Exporters and importers moving their containers and bagged exports in barges from the Ikorodu Lighter Terminal into the Apapa seaport for export or conveying imported containers to Ikorodu Lighter Terminal for haulage to other parts of the country are being subjected to outrageous illegal charges from Customs officers, after paying discriminatory fees.

The Federal Government through the Nigeria Ports Authority (NPA), in collaboration with some critical stakeholders, flagged off the movement of containers in barges in February last year to diffuse the worsening gridlock in and around Apapa seaport. The menace of container-laden trucks besieging roads had become a recurring decimal and an embarrassment to the government, coupled with failed attempts to bring sanity within the corridor.

But more than one year after the initiative, operators at the Ikorodu Lighter Terminal are overwhelmed by what they described as a very difficult and uneasy way of doing business.
They envisage their entrepreneurial drive dying should this corruption continue unabated. They also see the government’s rhetoric on diversifying the economy away from petro-dollars through agricultural exports, solid minerals or manufacturing as a sheer joke.
This is coming at a time when the economy is struggling with a sluggish pace of growth and the Federal Government is striving to improve the ease of doing business mainly by restoring sanity at the Apapa port arena.

An undercover investigation by BusinessDay reveals that the Nigeria Customs boss at Ikorodu oversees the collection of an off-the-record levy on every size of commodity-laden container that an importer or exporter attempts to move through the terminal.

For every 20-foot and 40-foot container billed for export, the officers now demand a fresh benchmark price of N5,000 and N10,000, respectively.

However, these charges are subject to haggling, and depending on the bargaining skills and the volume of export or import, an exporter could get a concession as low as N2,000 or N4,000 while an importer could really struggle. 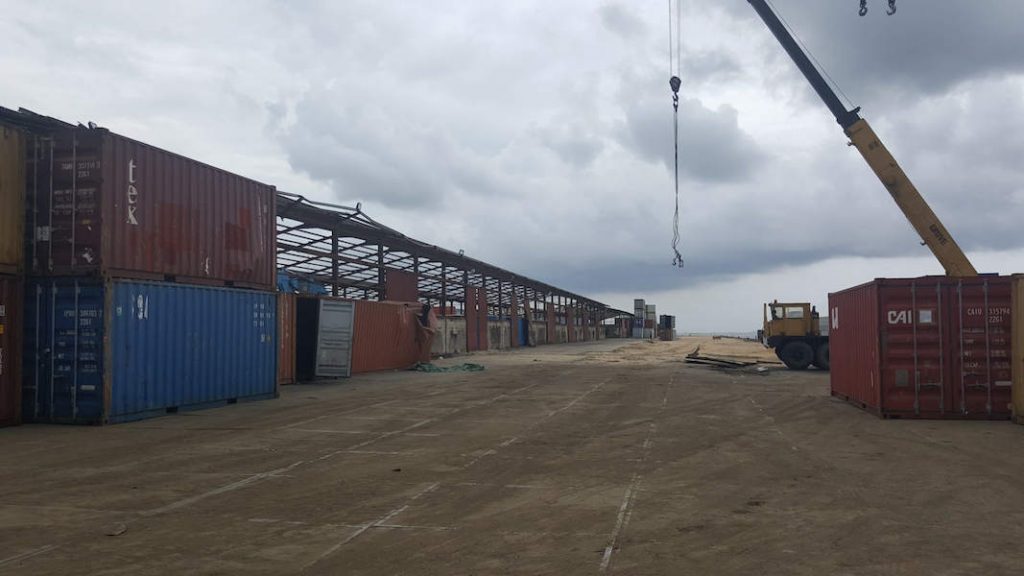 The terminal moves about 2,000 containers monthly and makes about three trips to move imports from Apapa Port to Ikorodu for onward transportation to other parts of the country, and exports back to Apapa.

If the N5,000 and N10,000 get a strong footing, an estimated N750,000 could be painfully coughed out of businesses on a daily basis into the personal pockets of Customs officers.
The negotiation was previously undertaken by companies providing logistics services to clients. But that stopped six weeks ago when the Customs officers suspected that the logistics handlers could be collecting more and remitting less. The Customs believes interfacing directly with clients would raise their daily illegal profit.

Disguising the core intent, the official reason offered by the Ikorodu Customs boss was that since logistics handlers were not officially recognised by the Customs authority as clearing agents, it was an aberration to allow them clear clients’ goods with the Customs.

At exactly 12:53 pm on Friday, May 24, BusinessDay’s sting operation team walked into the Customs boss office, in the company of representatives of a particular large exporter that operates within Port-Harcourt and Calabar. They had about 25 containers to move on the evening of that day but the concern about the increase in illegal charges moved them to come for a physical negotiation.

Feigning to be newbies interested in the official requirements needed for exporting cocoa beans via the terminal, BusinessDay was at the meeting to witness a live and hands-on negotiation go on between the client and the Nigeria Customs Service (NCS) boss at the Ikorodu Lighter Terminal. 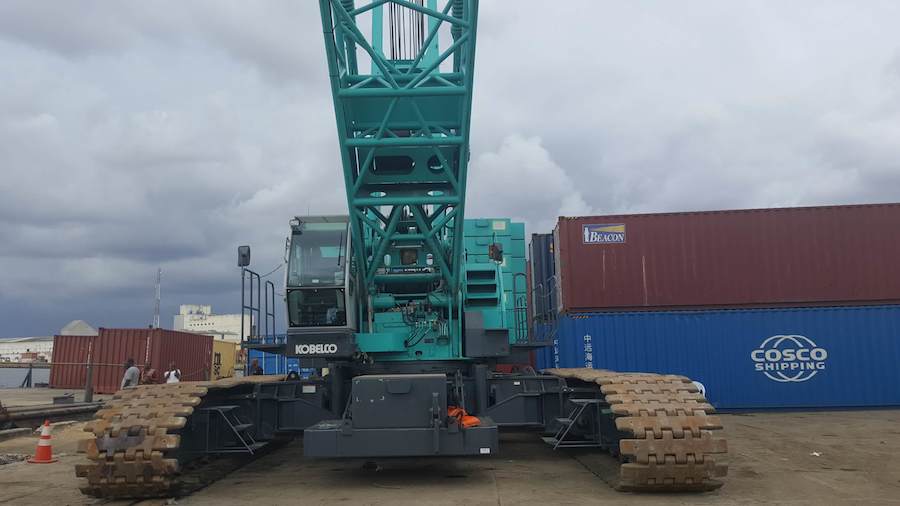 So they (logistics provider) have told us what it (moving containers) entails in terms of the customs and agency side. We have said we should come ourselves, let it not be that they (logistics provider) will just come to you and the agency will feel that we have given them more. They told us the standard rate which we have agreed to comply but because of the logistics side, we may not be coming with them. They will be our face here.

Customs boss:
I think your agent should be the one that should work with the Customs. Customs deal with agents, not transporters. They (logistics providers) were the people doing it before, but right now, we don’t allow it. An agent is the person that gives report, not a transporter. If now there is an issue, this man will claim that he is not a transporter.

Reginald:
Okay, no problem. We are loading this evening actually. If not for the traffic problem at Apapa, we wouldn’t be here.
So Oga, the other madam has explained to us but we actually want to plead that we can be given a little bit of concession. We have more than 5,000 workers. If you go to Port Harcourt, we are on ground; go to Calabar, we are there.
So if you look at it, it is not easy paying salaries these days. So, we have come to also beg that you should please give us a reduction so that it will be easy for us. Now we are moving 25 containers and, in fact, it is going to be a continuous process and it is a big project.

Customs boss:
Now wetin you wan do for us? Na you go talk am.

Reginald:
It is much.
Customs boss:
There is somebody that is carrying 40 pieces and they pay N3,000, (referring to 20ft).

Reginald:
You can’t compare them to us. We are very big.

Reginald:
Okay. We appreciate that. Thank you and God bless you, sir.
Reginald, referring to a BusinessDay reporter, said, “Madam, let me not speak on your behalf. You can talk your own.”

Customs boss:
(Addressing the reporter): You too na the same?

Reporter:
We are Adlan Ocean Group.
The reporter explained that she wanted to officially find out the procedure to start export and the requirements. The Customs boss explained briefly before the reporter asked if she could also get a concession.

Reporter:
Will you also be giving us concession?

Customs boss:
Your own is export now. Dey no dey give concession for export. What are you people carrying?

Reporter:
We want to do cocoa.

Customs boss:
Come first. You never come, you are looking for a concession. Even when you are working, it is after you have established a relationship with the people. The conversation returned to Reginald, who was now ready to make his payment.

Reginald:
So Oga, should we do the needful here or outside?

Customs boss:
No, there is somebody that is in the office to your right. 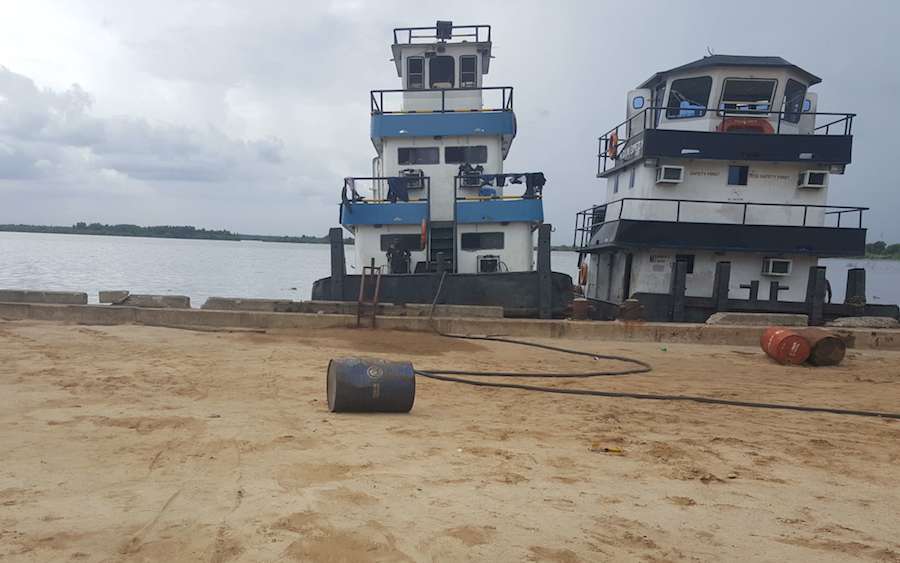 “Thank you, sir,” Reginald and his team chorused, for the kind consideration as they moved to the office of the subordinate whose office is attached to the reception. And that day, the subordinate functioned as both receptionist and secretary. When it was time to attend to matters of the open secret of money charges, he left the reception for the other room.
Immediately, one of Reginald’s men dashed his hands into his trousers pocket, fetching a bale of N500 notes.

After scrutinising the team’s papers, the subordinate noticed some irregularities and asked them to effect corrections first before he could take the money.
In a matter of hours, one of the team members was back with the right papers and money. The deal was sealed.

The growing menace has built a wall of fear in business owners who thought the Ikorodu Lighter Terminal could be a place of refuge.

A certain logistics provider who in 2018 testified that containerised and bulk cargo haulage had grown from so few to an estimated 2,000 could not say the same when it spoke with BusinessDay.

The logistics firm’s marketer said clients who are blue-chip companies, multinationals, fast-moving consumer goods traders and manufacturing companies moving goods such as solid minerals or agricultural commodities suspend further discussion at the mention of Customs and charges in the same sentence. They do not just want to imagine that a replication of Apapa will be encountered at Ikorodu.

“I have a client that can do 500 containers weekly for 40-ft but does not want to deal with Customs. I have another that can do 100 containers of both 20ft and 40ft, yet won’t work with us,” the marketer complained bitterly.

“If logistics rates are too high, people won’t be able to properly trade because someone in Korea will not understand why it is taking you maybe a month to get into the port after you are even done with clearing,” he said.

Bottlenecks to trading across borders, such as this, positioned Nigeria as 125th in the league of 137 countries ranked by the World Economic Forum’s Global Competitiveness Indices between 2017 and 2018. The indices measure national competitiveness by the set of institutions, policies and factors that determine the level of productivity.

Regulatory environment for entry affects a wide range of economic outcomes including productivity, growth and employment.

Research shows that the positive effects of improved business regulation such as fewer procedures and lower levels of minimum capital, for example, are positively associated with the ease of doing business. Where procedures are more complex or unclear, the likelihood of corruption is higher.