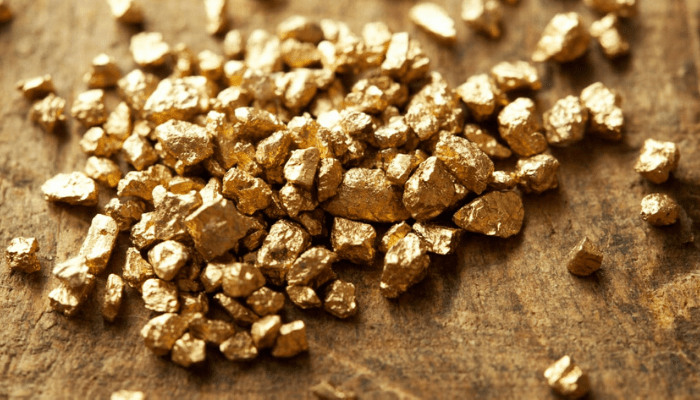 With the outbreak of coronavirus, coded as COVID 19 by the World Health Organisation (WHO), the source of Nigeria’s foreign earnings, crude oil prices, have plummeted to below $30 a barrel. This already signals danger for an economy that is oil-dependent, with over 80 percent of the nation’s revenue coming from the sale of crude oil.

Nigeria is endowed with abundant mineral resources. However, their extraction and processing through mining activities especially of the solid minerals are going on at different scales of intensity.

Below the soil lies an expansive precious metal considered as the valuable resource in Nigeria, apart from oil and gas. A single query on the internet gives anyone an idea of its abundance, spread across several parts of the schist belts in North-west and South-west of the country, with several small occurrences beyond. It is the world’s most valuable stone to mankind-Gold.

In South Africa, mining accounts for a noticeable portion of the country’s GDP which means, if well tapped, Nigeria should be able to earn a sizable amount of non-oil revenue from mining activities, especially gold.

“In South Africa, mining accounts for 11% of gross fixed capital formation, but also for 16% of all foreign direct investment in South Africa. The industry accounts for only 0.3% of corporate taxpayers, but they were responsible for 6% of tax assessed in 2014. Although mining employs almost half a million people, this is only 5% of the country’s workforce. As we shall see later in this paper, however, some of these relatively low figures understate the sector’s contribution to the economy. For example, mining currently accounts for a third of all merchandise exports”, Federation for a Sustainable Development (FSE) said on its website.

Sadly, however, many of its occurrences can be justly described as mineral ‘showings,’ as it has remained largely untapped to translate into shared wealth and sustained economic development for the country.

According to the Nigeria Mining Growth Roadmap, the country’s gold reserve is estimated at 200 million metric tons, and Trading Economics placed Nigeria as the sixth largest country with gold deposits in Africa, with an average of 21.46 tonnes since 2000 to 2019 and reaching an all-time high of 21.51 tonnes in July 2019.

Yet, mining this resource has continued to receive investors beating, a situation which Nigerian Investment Promotion Commission (NIPC) said is costing the country about $40 billion in annual revenue for its unexploited gold.

In 2019, according to the Fraser Institute, companies expended over $1.9 billion as exploration expenses and 10 of those companies came from Africa out of 2,400 companies that participated in the survey. Notably, companies from Nigeria were missing from the list despite the country’s vast gold mineral deposits.

Also, a recent report by the Nigerian Extractive Industries Transparency Initiative shows that in 2018, gold production activities contribute only 0.01 percent to the total mineral production in the country, compared to Limestone, granite and laterite with 86 percent contribution.

The Nigerian Extractive Industries Transparency Initiative (NIETI), which recently confirmed the illegal mining activities in Nigeria, said in its recent Solid Mineral Sector Audit Report that activities of unlicensed miners were becoming prevalent within the industry, leading to a loss of government revenue. The body decried the incessant smuggling of solid minerals out of the country by middlemen and smugglers.

In 2017, NEITI reported that Nigeria earned N1.3 billion as gold royalty to the federal government, representing 7.7 percent decrease in royalty revenue when compared with the previous year. The poor contribution of gold to royalty payment is not as a result of lack of activity but rather it is believed that gold mining in Nigeria is largely under-reported, occasioned by illegal mining and smuggling.

Gold has the potential to attract foreign exchange into Nigeria. Unfortunately, the mineral has not received the attention it deserves in the forms of policy formulation and investment promotion. It has been left at artisanal operational level and whatever is extracted is mostly smuggled out of the country.

Gold mining companies are a major source of income and economic growth, and playing important role such as in supporting the sustainable socio-economic development. In 2013, gold mining companies contributed over $171.6bn to the global economy through their production activities and expenditure on goods and services. That figure was more than the gross domestic product of Ecuador, Ghana and Tanzania combined, or close to half of the gross domestic product of countries such as South Africa or Denmark.

Resolved to arrest the ugly trend and formalize gold production, trade and exports which contribute to ensure increased government revenue from the subsector for the mining sector to be able to account for about 3 percent of the nation’s GDP as contained in the mining target by 2025, the introduction of the national gold policy-National Gold Purchase Scheme and 315 Strategic minerals – gold titles issued in 2018, is a welcome development.

One of such licenses is the approval of TSXV-listed mineral exploration company Thor Explorations to construct the most advanced gold exploration project in Nigeria in Segilola Osun State.

On March 19, 2020, history would be made in the mining sector as the formal stone laying foundation for the commencement of the construction of Segilola Gold Mine was billed to take place today in Segilola, Osun State,  a huge feat for a sector that has been beclouded with uncertainties.

“The success of Segilola is a strong statement that indicates the seal of success of the future of the gold sector in Nigeria,” Nere Teriba, vice chairman, Kian Smith Trading & Co. said.

Teriba added further that the coming of Segilola project is an opportunity for Nigeria to realise its potential in gold mining sector of the economy.

She said: “Segilola has opened the doors for Nigeria to become a gold mining destination.”

“As Segilola is coming on stream at the appropriate time, it will surely serve a great purpose to the nation’s economy,” another director at Kian Smith Trading & Co., said.

Unlike oil where few people are involved, mining business is a very heavy labour intensive. The involvement of labour in mining is astronomical, implying that many Nigerians will be employed with the attendant impact on poverty reduction in the country.

“This is the first time we are having a fully mechanized gold mining industry in Nigeria,” Linus Adie, program director, MinDiver, World Bank mining program, MMDS, said in a conversation.

It is believed that one successful major mine will attract mining investment for other projects and infrastructural development within the vicinity.