Why more than half of Nigerians face food insecurity 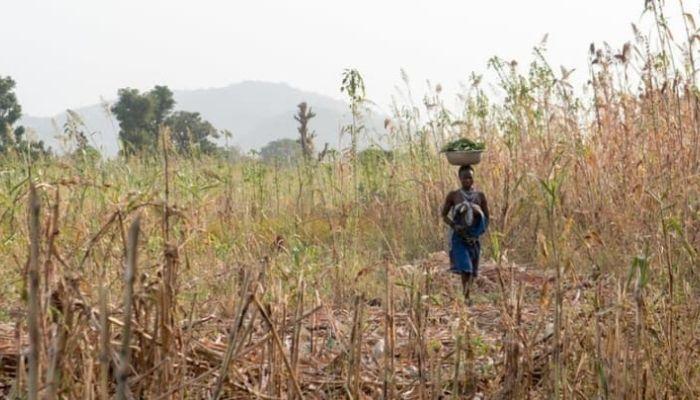 The population of undernourished Nigerians had almost tripled to 29 million people, and BusinessDay interactions with experts show that the worsening situation has been caused by a combination of factors such as insecurity, climate change, and economic downturns.

When the Food and Agriculture Organisation (FAO) of the United Nations published the 2021 ‘State of Food Security and Nutrition in the World’, it put the number of moderately or severely food insecure people in Nigeria at 116 million people, a 75 percent increase from 66.1 million people in 2016.

FAO defines severe food insecurity as the level of severity of food insecurity at which people have likely run out of food, experienced hunger and, at the most extreme, gone for days without eating, putting their health and well-being at grave risk, based on the Food Insecurity Experience Scale.

The ‘moderate food insecurity,’ on the other hand, while milder, shows the level of severity of food insecurity, based on the Food Insecurity Experience Scale, at which people face uncertainties about their ability to obtain food and have been forced to reduce, at times during the year, the quality and/or quantity of food they consume due to lack of money or other resources. It therefore refers to a lack of consistent access to food, which diminishes dietary quality, disrupts normal eating patterns, and can have negative consequences for nutrition, health and well-being.

Carolyn Afolami, a professor of Agricultural Economics at the Federal University of Agriculture, Abeokuta told BusinessDay that a major driver of food insecurity in Nigeria is the food inflation that has been aggravated by recent hardships, even though incomes remain the same or have even reduced. It is that salary that is also being shared with those that are unemployed,” she said.

She gave insights into the fact that violence and insecurity in the nation do not allow people to have access to their farms or grow food. “Our productivity has gone down tremendously and that has fuelled the increase in food prices, in addition to the fact that cost of transportation is going up. Most of the articulated vehicles used in transporting these goods from area of production to area of consumption use diesel,” Afolami said.

She added that many people cannot afford what they need to eat as food prices have gone up considerably.

“I, as a professor, if I eat what I’m able to afford, what do you think the people that are not on any income are eating? Garri is even out of the reach of the poor; bread also. But if they are even able to get these carbohydrates, they cannot supplement it with the required protein to have a balanced diet,” she added.

The FAO report also revealed that there were 29.4 million undernourished Nigerians as at 2020, a 196 percent increase from 9.9 million in 2006. The prevalence of undernourishment in Nigeria, as defined by the report, identifies the millions of Nigerians whose habitual food consumption is insufficient to provide the amount of dietary energy required to maintain a normal, active, healthy life.

Wasiu Afolabi, president of the Nutrition Society of Nigeria, who is also a professor of Community Nutrition, said this result could be attributed to a number of interconnected factors including increased poverty level in the country over the last decade, increase in unemployment rate, and an increased number of corporate organisations and manufacturing companies leaving the country, especially on account of poor supply of electricity to run their engines or businesses.

According to him, an increase in unemployment and under-employment stifles the financial capacity to make food available in adequate quantities in families.

Afolabi said, “When you look at the statistics of undernourishment in Nigeria, you have a large number of children that are malnourished, who live on inadequate diet day-in-day-out.

“Undernourishment constrains mental capacity and cognitive development of children, impeding them from reaching their full potential and incapacitating them on the long run from contributing to the productivity of the country.”

Nigeria’s food security crisis, which was worsened by the COVID-19 pandemic and its effect on the country’s food value chain, is now being compounded by the Russia-Ukraine war that affects availability of grains such as wheat and even inputs required for producing fertiliser.

Unless current realities are remedied, Nigeria may fall short in achieving the goal to “end hunger, achieve food security, improve nutrition, and promote sustainable agriculture in the world by 2030.”