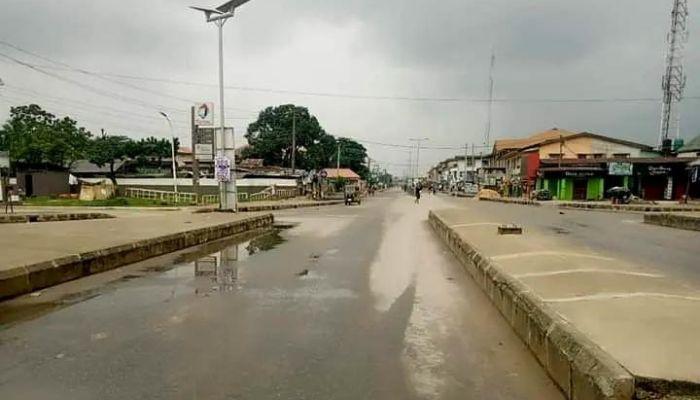 Insecurity and sit-at-home protests in the South-East have led to massive economic losses estimated at almost N4 trillion in two years.

A study conducted by SBM Intelligence for DevEast Foundation Ltd./Gte, a not-for-profit policy and business advocacy organisation, shows that the losses can be traced to specific factors including loss of between four and five working days per week; job losses due to cutbacks by business owners in response to the reduced working hours and other lost opportunities; loss of clients and customers who find alternatives because of the unstable business environment in the South-East; and increased cost of service delivery because of extra logistical costs.

The South-East, which used to be one of Nigeria’s relatively peaceful zones, has witnessed rising violence in recent years.

The past two years “have been dreadful, given the region’s rise of violence and security uncertainties,” said a recent policy brief by Civil Society Legislative Advocacy. About 254 people were killed in 63 incidents recorded in the first five months of 2021.

Ebonyi State topped the incident table with 101 fatalities, followed by Imo with 60 casualties. Anambra recorded 37 losses while Abia had 33 deaths. Enugu completed the table with the least casualty figure of 22 deaths.

These incidents and wanton killings are occasioned by the activities of unknown gunmen, clashes between security agencies and the Indigenous People of Biafra (IPOB), extra-judicial killings, banditry, cultism, land-related and communal conflicts in the region.

Despite the presence of increased formal security measures and parallel quasi-security formations, the violence has continued. The proliferation of multiple security groups may have added to the security uncertainties in the region. For instance, the Nigerian government has opposed the Eastern Security Network (ESN) through consistent military operations.

Founded in 2012 by detained activist, Nnamdi Kanu, IPOB, a secessionist group that advocates for the creation of the independent country of Biafra, has been the major driver of the anti-state violence that has wrecked the region.

The pro-Biafran movement has deep historical roots. In 1967, following two failed military coups and targeted ethnic violence and persecution, the Igbo people came together to form the secessionist state of Biafra, triggering a brutal two-year civil war during which the Nigerian military imposed a blockade of the state, leading to the death of between 500,000 to 2 million civilians due to starvation. Ultimately, Biafra surrendered to the federal government, but pro-Biafran and anti-government sentiment remained and has hardened in recent years.

The conflict escalated after the ESN was unveiled in 2020 by Kanu as an answer to “insecurity and Fulani terrorism”. Nigeria launched a series of military offensives in the area in 2021 to destroy the ESN.

The South-East is home to many micro, small and medium-scale enterprises and indigenous manufacturing, fabrication and agro-allied industries.

According to the report, businesses lose every Monday of the week to the sit-at-home protest and an extra day when Kanu goes to court, which means the sit-at-home approach has led to the loss of about four to five working days per month.

The protests affect not only a whole day but tends to have a spillover effect on the other days of the week with residents of the region losing side jobs and secondary businesses as the reduced working hours and time makes it hard to keep a business or job.

In addition, customers outside the region are forced to find alternatives as the South-East has trade relations with neighbouring towns. “Apart from traders who used to travel to nearby markets to sell their wares, those who had their customers coming into the region said their customers have reduced and are finding alternatives even in other places like Lagos,” the report said.

The violence and protests in the region have also increased the cost of service delivery for businesses. “Businesses trying to keep up with customers outside the Region have to include logistics and bear the risk, but only big businesses can afford this. As a strategy of keeping their customers, some companies have to add delivery services.

They organise logistic vehicles and transport the goods to their customers’ destinations. Interstate transporters break long trips of 11-12 hours into two and continue in the morning to avoid arriving in the South East after the curfew commences. Traders of perishable goods like vegetables, fruits and other farm products complained of increased spoilage due to the extended off-market days,” the report said.

It said as businesses find it difficult to meet up with sales volumes, “they are faced with no option other than to retrench some of their employees.”

“Of those who still have their jobs, a good number who work with SMEs say they have experienced reductions in salaries, compensation or bonuses. Another coping method reported by small businesses is that they have opted to pay their employees daily rather than monthly salaries,” it said.

In addition, the violence and protests are affecting savings and investments. Most of the businesses in the region subscribe to a daily savings system. They are committed to saving a fixed amount of money every day. They are unable to save on Mondays and struggle to keep to their commitments. When savings reduce, the potential for future investment also reduces.

Businesses in the South-East generate between N5.46 billion to N31.39 billion daily in the period under review, according to the report. Losing approximately five days in a month from October 2020 (24 months) means that about 120 days have been lost, which takes the number of lost earnings on only sit-at-home days to between N655.38 billion and N3.77 trillion.

Read also: Soludo says Igbos can’t produce president in 2023. Really? When can they?

According to John Campbell of the Council on Foreign Relations, “separatist sentiment has been growing” in Nigeria since Muhammadu Buhari came to power in 2015. Nigerian authorities have used lethal force against peaceful pro-Biafra protesters, which has left at least 150 civilians dead, according to Human Rights Watch and Amnesty International. IPOB was designated a terrorist group in Nigeria in September 2017.

“That IPOB is just like a dot in a circle,” Buhari had said in June 2021. “Even if they want to exit, they will have no access to anywhere. And the way they are spread all over the country, having businesses and properties, I don’t think IPOB knows what they are talking about.”

“In any case, we say we’ll talk to them in the language that they understand. We’ll organise the police and the military to pursue them,” he added.

Nigerian security forces have been accused of repeatedly violating human rights while trying to quell the protests.
The Buhari administration’s dismissive attitude to the plight of Igbo businesses and economy was well highlighted in the study where the researchers asked interviewees if they had heard about any palliative or booster to cushion the effect of the violence on small businesses. None of them across all the states had heard of any palliative of any sort.

Rather, they mentioned some of the Federal Government initiatives like the Trader Moni.

“Given that the vibrancy of the South East economy derives from a deep belief the people have in themselves, there would be a need to rebuild this otherwise waning attribute of the people. Businesses need to be targeted with economic interventions to make them remain in the Region as the most affected businesses were seeking alternatives in other locations, while some businesses are at the risk of folding-up owing to lack of customers.

Wholesale fabric businesses, dress and shoemakers, especially in Aba, and spare part dealers were some of those who made these complaints,” the report said.