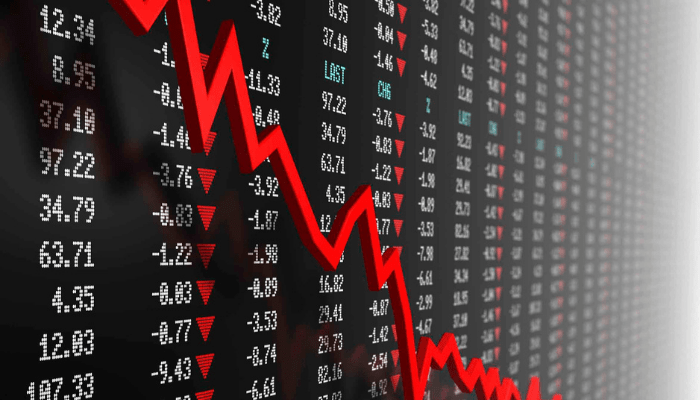 Nigeria will face “a very real threat” of debt default in the 2020s in the absence of a significant shift in economic policy and sustained high oil prices, the chief economist at investment bank Renaissance Capital has warned.

Africa’s biggest economy is grappling with low tax revenues and high debt servicing costs, which are taking a big bite out of government revenues.

Charlie Robertson, who described Nigeria as a country often mistaken as “oil-rich”, identified these challenges in his new book, ‘The Time-Travelling Economist: Why Education, Electricity and Fertility Are Key to Escaping Poverty’, which was launched in Lagos on Friday.

The country’s public debt stock increased to N42.84 trillion in the second quarter of this year from N39.56 trillion at the end of last year, according to the Debt Management Office.

“Nigeria’s debt is relatively low as a percentage of GDP, and its interest payments are just 2 percent of GDP. But its tax base is so low that the interest burden is high for the government even if debt does not look burdensome for the economy as a whole,” Robertson said in the book.

“With low tax revenues and high-interest rates, the temptation to borrow from abroad is strong, but it is hard to see how non-oil exports can rise enough to match that rise in external debt,” Robertson said. “Without a significant shift in economic policy, or sustained high oil prices, default will be a very real threat to Nigeria in the 2020s.”

For a bank economist advising bond and equity investors, default is probably the worst-case scenario over the medium term, according to Robertson.

“Your clients will have lost money. They face the choice of a lengthy legal dispute with the defaulting government or writing off the loss and hoping they don’t lose their job. But few will shed a tear for them, especially relative to the suffering that default can so often cause to local populations.”

He said the relative underperformance in Nigeria could be explained not just by falling oil prices since 2015, but other fundamentals including electricity.

Electricity supply from the nation’s collapse-prone power grid remains poor despite the privatisation of the power sector nine years ago. Generation stood at 4,474.4 megawatts (MW) as at 6pm on Tuesday, compared to a national peak demand forecast of 19,798MW, according to the Nigerian Electricity System Operator.

“Unless oil provides some positive surprises, Nigeria will not begin its best decades of rapid growth until 2040, given the demographic factors we know about already,” Robertson said.

“Against a demographic implied baseline of 4 percent growth for 20 years, we think underperformance is more likely than outperformance, but this can change once adult literacy rises to 70-80 percent (perhaps by the late 2020s), electricity consumption doubles or ideally trebles, and industrialisation can get under way.”

Demographics imply it would be optimistic to hope for this by 2030, but it is much more plausible after 2040, when baseline growth rises to 5 percent, he said.

“Kenya has been growing at 5 percent over 2010-2019, outpacing Nigeria, but even better is possible with electricity and industrialisation, and worse if we see default in the 2020s,” Robertson added.

The International Monetary Fund (IMF) has projected that Nigeria’s general government fiscal deficit would widen to 6.2 percent of GDP in 2022, mainly due to fuel subsidy costs.

“Public finance is under stress with elevated fiscal deficits, high debt servicing costs and public debt projected to increase over the medium term,” the IMF said last month in statement after a staff visit to the country.