Parents hit by high cost of living as schools resume 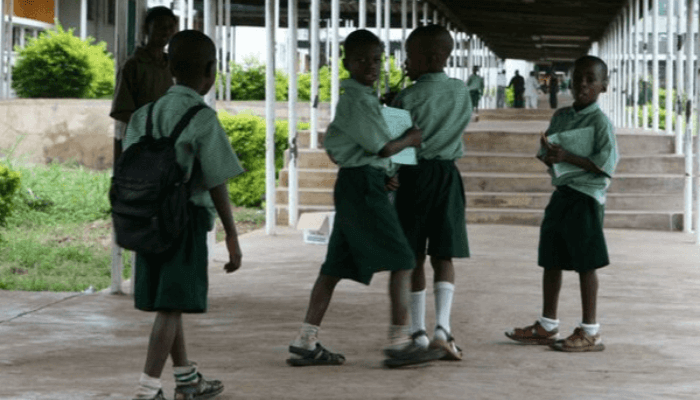 Parents are lamenting the negative effects of the rising cost of living as schools resume in Lagos and other states across the country.

Esther Balogun, a mother, and a civil servant, told BusinessDay that she has two children in a private school, and as schools resumed, their fees have been increased beyond what the family could afford, hence, they had no other option than to change to a new school.

Due to the rising cost of living and the increase in school fees, I had to change the school to a cheaper one for the family to afford the fees. Also, because the cost of food items has gone high, and my salary has not increased, I have to reduce the quantity of food I prepare per meal,” she said.

Salome Okechukwu, a mother, said she has to reduce what the children now eat as school fees and prices of stationeries have gone up. She also switched to buying rolls of tea, milk, and golden morn instead of buying tin milk and tea.

“Beverages have to change to meet the challenges of the high cost of living,” she noted.

For Favour Godwin, a mother of three, the school fee of her children is what is disturbing her the most. She cited the rising cost of beverages as another challenge for her. For instance, she said a roll of Milo drink that used to sell for N1, 250 is now sold for N1, 650.

Effiong Mbok, a father of two, told BusinessDay of the hurdles he has been facing since his wards called to announce the resumption of school.

“I wasn’t expecting the school to resume early, and so wasn’t prepared for it. They resumed last week and are usually given a week’s grace to pay up their school fees.”

Read also: Corps members to cut down on spending

He explained that despite this grace, he won’t be able to meet up.

“I called their proprietress to give me the grace to pay my wards school fees in bits for the first time; I’ve never done this before.

Mbok mentioned that the bill for transportation issued by the school has also increased by N10,000, adding that he had to increase their pocket money as the prices of goods have surged so high.

Timothy Uchendu, a businessman who recently moved to a new residential area complained about how the cost of living is crippling his income.

“It’s a challenging time, the cost of living affects every aspect of life now, feeding the house is a difficult task now, and there’s also pressure from friends and family too.

“On the issue of school fees, I’m changing my children’s school due to the relocation to the new residence. Although the school fee in their previous school increased, that of the new school is double.

“I’m yet to pay because I’m trying to gather funds for it and I have till September 15, their resumption date to do this.

Kolawole Ogunseye said that he has told people not to call me for assistance till October and also had to cut down on unnecessary spending since July just to prepare for school resumption.

“Despite all of these measures I still have to dip into my savings as my salary is not coming as timely as before.

“The total cost of my three children’s school fees is N1.3 million. I have one in boarding school that requires that her fees be paid in bulk, but for the others, I have to pay in bits.

“There’s also an increasing bill of back-to-school needs that I have attended to. Their transport fare increased from N40,000 to N60,000, and I have to get new uniforms and shoes as they easily outgrow them. I won’t scrap their pocket money but it won’t increase either,” he said.

Mary Okpeke explained that previously she paid her children’s school fees before resumption, but it is not the case this time as the price of school fees and stationeries has increased significantly while her salary remains the same and not paid as and when due.

“I’m forced to consider borrowing money from a cooperative (short-term loan). I’m yet to decide on my children’s extra classes due to a lack of funds. If I get the money, I’ll think of increasing their pocket money, but if not, it remains the same,” she said.