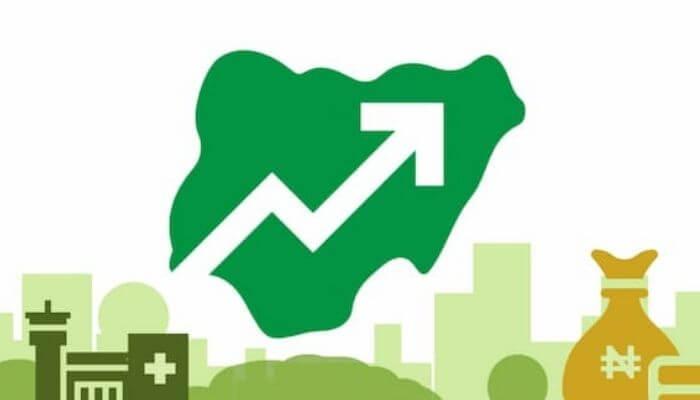 Poverty eradication programmes implemented in Ondo, Lagos, Abia and Anambra states have started to bear fruit as they have the least numbers of poor people in Nigeria, the 2022 Multidimensional Poverty Index (MPI) report by the National Bureau of Statistics (NBS) has shown.

MPI is a measure of poverty that reflects the share of possible deprivations that poor people experience. Its values range from zero, which indicates no poverty, to one, which means universal poverty and deprivation.

The 2022 NBS MPI showed that Nigeria currently has 133 million people who are multidimensionally poor, representing 63 percent of the nation’s total population of 211 million individuals. With an MPI score of 0.257, a quarter of the poor people in Nigeria suffer all possible deprivations, the report showed.

Lagos State, Nigeria’s commercial capital, scored 0.101 on the MPI scale and is the second state with the least poor people in the country. Its MPI score implies that poor people in the state experience just 10.1 percent of all possible deprivations.

Regarding the policies these states implemented to have the least number of poor people, Bamidele Ademola-Olateju, Ondo State commissioner for information and orientation, attributed the feat to job creation and the free market disposition of Oluwarotimi Akeredolu, the Ondo State governor.

She said: “The low poverty incidence in Ondo State is a testament that Governor Akeredolu’s targeted plans, matched to the sustainable development goals, are improving the economy of Ondo State and reducing poverty in the state.

“We did not get our enviable position by accident, our painstaking investment in teacher recruitment and massive recruitment into the Amotekun corps, contributed to this good rating.”

She added that Akerodolu’s efforts to transition the state to an industrial state, projects such as the Oil Palm, Red Gold initiatives have created over 5,000 jobs; Ondo-Linyi Industrial Park in Ọrẹ created over 2,000 jobs; the afforestation revitalization scheme generated over a thousand jobs, as well as other private sector concerns in the state.

Samuel Avwerosuo Egube, Lagos State commissioner for economic planning and budget, said Lagos State was able to achieve this feat due to the desire to be a 21st century economy with focus on inclusiveness and social protection which are at the core of the state’s development agenda.

Egube said specific programmes implemented by the state towards reducing the number of poor people include mother and child centres (MCCs), which have increased from 2 to 10; mother, infant and child schemes providing free food and healthcare to pregnant indigent women, and the improvement of health infrastructure from primary to tertiary and specialist centres.

Others include a successful state health insurance (Ilera Eko) with over 623,000 residents accessing care at 250 public and private healthcare centres, and free healthcare for certain categories of citizens, noting that the results thus far included a significant reduction in neonatal mortality from 50 to 15 deaths per 1,000.

Abia and Anambra states were yet to respond to our enquiries as at the time of filing this report.

On sustainability, Ondo and Lagos are not resting on their oars as they promised to have even fewer poor people when the next exercise is done.

“We are aiming higher. The administration of Governor Akeredolu is committed to lifting people out of poverty, securing the lives and property of Ondo State residents and ensuring that we build a better economy for everyone in the state,” Bamidele Ademola-Olateju said.

“As we make critical announcements of our commitments to the future, like the rail lines, the Lekki airports, our climate adaptation plans, the fourth Mainland Bridge, the Imota rice mill, the Ojota-Opebi link road, the launch of the 30 development plan, clarity, hope and belief are stimulated in the citizens as participants in the development of the state, encouraging and attracting investments in critical sectors. This definitely tends to show up in indices like our rating that has been upgraded and affirmed at AAA, our human capital and multidimensional poverty indices,” Egube added.

Both the federal and sub national governments in the country are deploying material and manpower resources towards attaining some Sustainable Development Goals such as No Poverty (SDG 1), Zero Hunger (SDG 2), Health and Well-being (SDG 3), Quality Education (SDG 4), Clean Water and Sanitation (SDG 6), Affordable and Clean Energy (SDG 7), and Sustainable Cities and Communities (SDG 11).