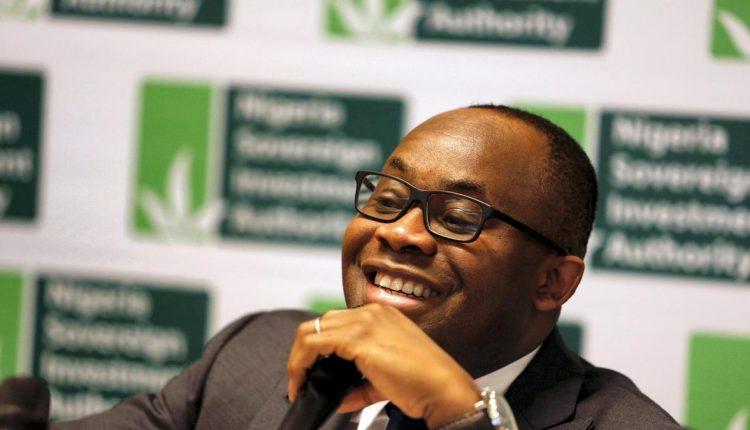 Share
The Nigeria Sovereign Investment Authority (“NSIA” or “The Authority”)- managers of Nigeria’s sovereign wealth fund, at the weekend announced a total comprehensive income of N36.15 billion in 2019.
Although the 2019 profit was lower than the N44.34 billion reported the previous year, the performance has been seen as impressive considering the volatile global and generally challenging local investment environments.
Real performance on core activities of the Authority was better than 2018 performance by 35% when currency revaluation income earned in 2018 is excluded, and according to NSIA CEO, Uche Orji, the performance reflects the strength and capability of portfolio and risk management within the institution.
Excluding foreign exchange gain of N18bn in 2018 and N1.28in 2019, net income in 2019 was N34.87bn – compared to N26.28bn in 2018.
As contained in the 2019 audited financial statement, NSIA recorded a 5% growth in total assets to N649.84bn in 2019 as against N617.70 billion the pervious year.
Announcing the financials during a virtual conference, Orji said 2019 was quite a favourable year for the Authority in terms of performance.
Interest income, a key component of total Income, earned in 2019 was N27.02 billion, representing a 13% increase over the N23.82 billion recorded in 2018 and underscores NSIA’s strategy to generate fixed income returns from securities that generate predictable interest, and steady returns including Eurobonds, Treasury bills and other secured deposits.
“We deployed our diversified asset strategy and secured positive returns from the international markets across all asset class,” Orji stated.
According to him, “all asset classes, including equities, hedge funds and private equity outperformed. In the period, we also judiciously deployed capital toward key infrastructure project and recorded significant progress.”
He said markets experienced a strong bullish run in 2019 due to the accommodative interest rate environment, sheathing of swords by US and China in the trade war and the signing of the Brexit agreement. On this account, the markets experienced fewer bouts of volatility.
“The Authority’s fund performed favorably by generating aggregate returns of 6.43%.”
Though Operating expenses rose to N4.2bn in 2019 up from N3.8bn in 2018, Orji said in their view, “the 2019 performance reflects the strength of the NSIA strategy across all the funds as the Authority, on the aggregate outperformed its benchmarks on all three funds within the period.”
At the virtual press meeting, he further clarified that Asset allocation strategy remains stable across the various funds, with future generations fund remaining at 25% public equities, 25% private equity, 25% Absolute Returns and 25% Other diversifiers.
NSIA’s core capital stood at US$1.5 billion as of year-end 2019.
BusinessDay recalls that the National Economic Council voted for an additional capital contribution of US$250 million in 2019 which, which Orji confirmed was received on April 8, 2020.
Other 3rd party funds managed by the Authority comprised of Nigeria Stabilisation Fund Balance at N33.365 billion as against N20.814 billion in 31 Dec 2018.
Reiterating that 2019 was an active year for the Authority, Orji said several infrastructure projects were closed while significant milestones in project development, implementation and construction works were recorded.
Across both the Stabilisation Fund (SF) and Future Generation Fund (FGF), the NSIA made changes to the allocation to hedge funds as an asset class as it began to implement its Venture Capital (VC) investment strategy.
“The Authority committed significant capital across all three ring-fenced funds as we continued to operate a diverse and global investment portfolio of traditional and alternative assets under the SF and FGF funds,” he said.
On the outlook for terms of outlook, Orji acknowledged that the onset of the Covid-19 pandemic has caused an unprecedented human and health crisis with significant impact on global markets.
While noting that the situation makes it difficult to predict the markets overall reaction to development at the moment, he said their expectation is that at some point markets will settle and new opportunities will present itself as the world comes to terms with the new normal.
Orji was optimistic that the Nigerian economy may not be deeply affected by the twin impact of the collapse in oil prices and COVID-19 pandemic as being projected by the International Monetary Fund (IMF).
“We hold a different view. While the economy may feel the discomforts of the volatility in the oil prices, significant monetary and fiscal policy adjustment are being made to ease the impact.”
He noted, however, that the NSIA continues to monitor the market conditions with the view to leverage the upside risks that avail themselves in the market.
“We expect that our investment strategy will continue to deliver positive returns in the long term in 2020 as the markets normalize rally and new opportunities emerge.
Also speaking on the financial results, NSIA Executive Director/Chief Operating Officer Stella Ojekwe-Onyejeli said as at year-end 2019, the Stabilisation Fund
had been fully invested, with some 5.81% returns outperforming its benchmark, the US CPI, by a 381 basis points.
Also as at the end of year-end 2019 the NSIA had deployed over 90% of the capital in the Future Generations Fund. The fund returned 6.45% as of year-end, outperforming its benchmark of 6.43% (US CPI + 4), she noted.
For infrastructure fund, Capital deployment continued throughout the year across key projects in areas of focus including, Agriculture, Healthcare, Power, Toll Roads and Gas Industrialization, she said.
Aminu Umar-Sadiq, Executive Director, NSIA said in 2019, they were able to close key transactions and increased capital deployment on domestic infrastructure projects specifically in motorways, agriculture, healthcare, and power.
Share